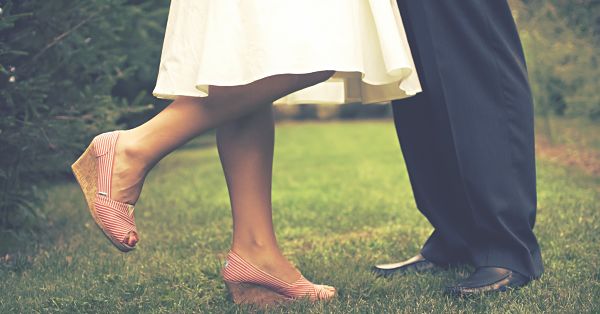 I read Shane’s recent Patheos piece, Against Evangelical Victim Culture (Stop Blaming Josh Harris for Your Problems), with mixed emotions. On one hand, I agree with Shane that some of the individuals weighing in on this debate have tended toward “histrionic” denunciations. Having said that, I’ve tended to view the recent scrutiny of I Kissed Dating Goodbye as a hugely positive development for evangelical culture, and Shane’s post does nothing to change my views on this topic.

I generally agree with what I believe to be the kernel of Shane’s argument: that individual people are essentially responsible for the decisions they make, and that it’s not fair to place personal blame on a single author for the way in which others have applied their work. Thus, anything I might say here isn’t a de facto endorsement of the idea that “I Kissed Dating Goodbye was a terrible book that, by its very existence, ruined people’s lives” because I concur with Shane that people are responsible for how they react to any given text. And personally, I’m not particularly interested in taking sides about the merits of IKDG, or whether or not the controversy surrounding it overpowers its main message. My primary concern is that the issues in this debate are represented fairly.

As mentioned, I have greatly appreciated reading Josh Harris’s retrospective commentary on IKDG and its impact, and the compassion he has displayed for those who were hurt by some of the teachings suggested by the book. I also particularly admire the fact that he stepped down from a prestigious and highly visible senior pastor position in order to pursue formal theological education. That kind of decision reflects a powerful internalized humility that Harris’s evangelical critics need to weigh carefully when assigning culpability or blaming him for their personal problems.

In the most provocative portion of his essay, Shane accuses many of IKDG’s critics of spinning “tall tales”:

If Josh Harris ever said or wrote something like, “women are responsible for the way men look at them,” or “your worth is tied to your sexual history,” or “if you’re extra good and keep your virginity until marriage, God will give you super hot wedding night sex and a happily ever after” then let’s see it! Give me a page number, perhaps a video or audio clip of Josh Harris saying these things. But if you can’t produce it, even after having ample time to search, I am going to call baloney.

Shane further writes that “[i]t may come as a surprise to many, but Josh Harris is not the sum and total of ‘purity culture.’ He is, in fact, a single author who wrote a single book (at least on that specific subject).” This is incorrect. IKDG was succeeded by the 2000 follow-up Boy Meets Girl: Say Hello to Courtship, which further reinforces the points made in IKDG.

In the spirit of constructive counterargument, I have collected a series of direct quotes and page references from IKDG and BMG that resoundingly disprove Shane’s claim that the elements he mentions aren’t present. Perhaps the phrase “your worth is tied to your sexual history” isn’t explicitly present (what sane editor would allow that?), but the essence of that idea most certainly is.

While it’s certainly important to call out sin as sin, the overall tone of the books is deeply anti-redemptive in the after-school special style: anyone who makes mistakes sexually is (apparently) permanently blighted. And we’re not necessarily even talking about sexual history here—in IKDG’s telling, having merely been romantically involved with people in the past inflicts a sort of permanent emotional scarring that renders someone unable to give themselves fully to their spouse.

To their great credit, the books do mention the redemptive and forgiving power of Christ to cover up past sins (IKDG, p. 102; BMG, p. 172), but this material feels like something of an afterthought, and it’s tonally inconsistent with the parade of horribles previously explored. The general takeaway is that “well, maybe you’re redeemed in the eternal sense, but you’ve still probably ruined your life and your romantic future if you’ve harbored improper attachments or sinned sexually.”

A more appropriate tone to take would likely be to recognize that people can and will make mistakes, but they should seek forgiveness, and subsequently move forward through the power of God to restore brokenness. (And not to editorialize too much, but it’s safe to say that IKDG and BMG are bizarrely myopic about the irredeemable horrors of sexual sin vis-à-vis every other category of wrongdoing. I seriously doubt anyone’s writing horrifying stories of the permanent and everlasting devastation caused by gluttony after someone’s guilty indulgence in six boxes of Twinkies.).

“Folks, truth matters,” Shane writes, and I wholeheartedly agree. In the unfolding constructive discussion about the long-term impact of IKDG and its sequel, I think it’s possible to identify clearly the parts of IKDG that have proved most controversial without slipping into a cycle of complaints about feeling “victimized.” Discussion of these topics need not cede ground to a progressive sexual ethic: for instance, arguing against the idea that “innocent emotional attachments damage future marital intimacy” doesn’t have to be a backdoor way of legitimizing modern ideas about sex or downplaying its consequences. In the Lutheran world from which I hail, we would describe these books as proclaiming “lots of Law, but not much Gospel”—and that in itself is a theological problem.

I could go on, but my purpose in writing this is not to rehash conversations about IKDG that have taken place elsewhere. I’m simply left thinking that in writing his piece, Shane didn’t reread IKDG or do much outside investigation into why it’s proven contentious over the years. Shane’s piece reflects a general dissatisfaction with “victimhood mentalities”—a dissatisfaction I also share, to an extent—but that doesn’t change the fact that sometimes where there’s smoke, there’s actually a fire. And Shane’s piece does not accurately represent the sometimes-controversial contents of IKDG and its sequel.

Going forward, it seems fair to posit that IKDG and BMG mainstreamed some ideas that, when other people have attempted to interpret and apply them, have proven to have some destructive consequences. Whether the good of IKDG outweighs its flaws is a very different question, and one I am ill equipped to answer. But before accusing others of simply playing the “victimization blame game,” let’s look first at the facts. 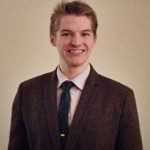 John Ehrett is a student fellow with the Information Society Project at Yale Law School, where he is pursuing a J.D. degree. His freelance journalism has been published by Humane Pursuits, The Federalist, and the John Jay Institute, among others. He regularly writes about theology atConciliarPost.com and about film and literature at LiteraryAnalysis.net. 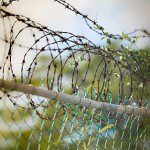 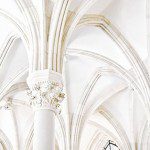 October 6, 2016 The Heresy of Conscience
Browse Our Archives
Related posts from The Evangelical Pulpit