Building Bridges Between the Black Church and the Israeli People 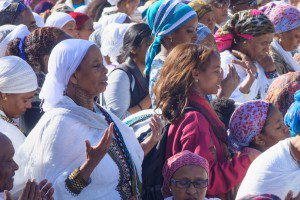 On a chilly Friday morning in Jerusalem, 14 American Baptist leaders filed into Colel Chabad’s Pantry Packers packing plant, ready to prepare food for Israel’s underprivileged. Despite the cold, Michael Seiler, Manager of Liaison Services with the International Fellowship of Christians and Jews (“The Fellowship”), volunteered his Friday morning to brief the Baptist leaders, promising that this activity would warm everyone’s hearts.

Indeed, hearts were warmed and bridges were built during the group’s weeklong tour around Israel, from February 13-20. For most, this tour represented their first time in Israel, and nearly everyone cited their great excitement about touring the land they invoke daily in Bible passages and having the opportunity to walk where Jesus walked.

The group, part of The Fellowship, learned about “historic bonds” between the Christian and Jewish people through visits to Christian and Jewish holy sites such as the Western Wall, the Old City of Jerusalem, the Sea of Galilee, Masada, Caesarea, Muhraka (Horn of Carmel), and Meggido. They also made a special visit to the Yad Vashem Holocaust Museum.

Reverend Samuel C. Tolbert Jr., from Lake Charles Louisiana, led the group. His goal was to bring back to his community the value in “doing what we have been called to do by God,” namely, being a blessing to Israel through missions to Israel. He noted that African American churches are “passing up a lot of opportunities to be blessed,” citing Genesis 12:1-3: “I will bless those who bless you, and curse those who curse you.”

In addition to citing religious reasons to support Israel, many Baptist leaders appeal to historical ties between Jews and the African American community, citing that Jews were there for them when they needed it during the civil rights movement, and now Jews need their solidarity. They hope to extend solidarity between the two groups by renewing the historical relationship from the 1960s, when Jews marched (two of them killed) in the Selma Civil Rights March with Martin Luther King Jr.

Upon returning home, Reverent Tolbert said that he was especially grateful to “strengthen our connection to the Israeli people and most importantly, to G-d.”

“I will not go home and preach the same,” said Earlene Coleman, a Pastor at the Bethlehem Baptist Church in McKeesport, Pennsylvania, representing the Lott Carey Foreign Mission Convention.

Indeed, many of them go back home to preach about build bridges with Israel and the Jewish community. The participants are given educational material on Israel and the Jewish roots of Christianity, which is often passed to their church members. Some begin hosting special prayer services on Israel’s Day of Independence or invite a Rabbi to their congregation for Holocaust Remembrance Day. Others even bring thousands of their members on annual tours of Israel with their congregations.

They are also encouraged to adopt projects related to bridge building. Recent tour alumni have sponsored vocational trainings and soup kitchens for under-privileged Israelis, sponsored meals for Holocaust survivors, and renovated a bomb shelter. One early-stage project hopes to bring an Israeli-developed post-trauma program to the inner cities of African American communities for children who have encountered violence and drug-related crimes.

Pastor Coleman’s colleague with the Lott Carey Foreign Mission, Derick Brennan, is Pastor of the Canaan Baptist Church of Philadelphia. His takeaway of the week was the great benefit of building mutually beneficial partnerships between Jews and Christians. “We overlook the power of synergy. Once you go below the surface, [you realize] we have the same goals and objectives. You can get so much more done as partners than as individual entities,” he said. He also highlighted the importance of knowledge and coming to Israel, rather than taking for granted the narratives that are often driven by the media.

Indeed, the media has often swayed the African American community’s support and understanding — or lack thereof — of the Jewish State. Several months ago, the Movement for Black Lives coalition released a statement that called for ending U.S. military aid to Israel, using “apartheid” language with a link to a website promoting the movement to boycott, divest, and sanction Israel.

Additionally, this month, Seattle Seahawk’s defensive end and outspoken supporter of Black Lives Matter, Michael Bennett, announced that he will no longer be joining an NFL delegation to Israel, after feeling “used,” and citing a Times of Israel article in which Strategic Affairs and Public Diplomacy Minister Gilad Erdan was quoted as saying that the visit would host “influencers and opinion-formers of international standing” in hopes of them becoming “ambassadors of good will for Israel.”

Reverend Tolbert, however, viewed being an ambassador of goodwill in Israel as an entirely positive thing, especially in its ability to uplift the African American community through building partnerships with the African Israeli community. Declaring his intentions to take on a project that will offer a platform for continued connection to Israel, he expects to organize a program related to the Ethiopian Jewish community of Israel, which he believes would “boost” the African American community who are largely unaware of the existence of the large population of African Jews in Israel.

By the end of their week-long visit, whether physically contributing to Israel through packing food, or vowing to financially contributing to support the Ethiopian community of Israel, all 14 Baptist leaders certainly blessed Israel, and in turn, went home blessed and ready to preach to their congregation messages of partnership with Israel and the Jewish community.

Eliana Rudee is a fellow with the news and public policy group Haym Salomon Center. Her bylines have been featured in USA Today, New York Daily News, Forbes, and The Hill.

February 10, 2017
The Church's Responsibility to Support Marriage
Next Post 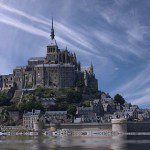 March 9, 2017 Why We Need the Benedict Option and How It Doesn’t Have to Return to Fundamentalism
Browse Our Archives
Related posts from The Evangelical Pulpit 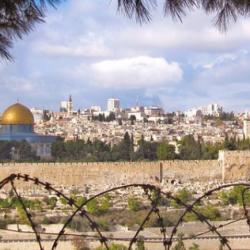