How Could a God of Love Allow Suffering? 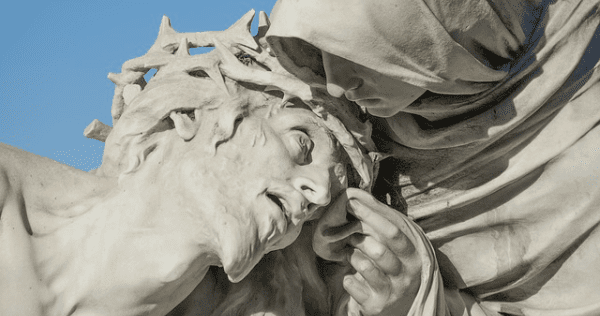 God is love; therefore, God and love are never opposed.  Then how can a God of love permit such suffering in the world?  CS Lewis addresses this in his book, The Problem of Pain, where he tries to imagine a world where suffering does not exist. Lewis writes:

We can, perhaps, conceive of a world in which God corrected the results of this abuse of free-will by His creatures at every moment: so that a wooden beam became soft as grass when it was used as a weapon, and the air refused to obey me if I attempted to set up in it the sound waves that carry lies or insults. But such a world would be one in which wrong actions were impossible, and in which, therefore, freedom of the will would be void; nay, if the principle were carried out to its logical conclusion, evil thoughts would be impossible, for the cerebral matter which we use in thinking would refuse its task when we attempted to frame them. All matter in the neighbourhood of a wicked man would be liable to undergo unpredictable alterations. That God can and does, on occasions, modify the behaviour of matter and produce what we call miracles, is part of the Christian faith; but the very conception of a common, and therefore, stable, world, demands that these occasions should be extremely rare. In a game of chess you can make certain arbitrary concessions to your opponent, which stand to the ordinary  rules of the game as miracles stand to the laws of nature. You can deprive yourself of a castle, or allow the other man sometimes to take back a move made inadvertently. But if you conceded everything that at any moment happened to suit him – if all his moves were revocable and if all your pieces disappeared whenever their position on the board was not to his liking – then you could not have a game at all. So it is with the life of souls in a world: fixed laws, consequences unfolding by causal necessity, the whole natural order, are at once the limits within which their common life is confined and also the sole condition under which any such life is possible. Try to exclude the possibility of suffering which the order of nature and the existence of free-wills involve, and you find that you have excluded life itself. 1

Perhaps it would prudent to address why there is suffering in the world rather than why man was not created perfect because he is not perfect, but he does suffer. Reconciling an omnipotent God of love with suffering is the theological crux of the matter.

Lewis then abandons that fictitious world for a more realistic one and tries to understand the nature of God and suffering.  He writes,

If God were good, He would wish to make His creatures perfectly happy, and if God were almighty He would be able to do what He wished. But the creatures are not happy. Therefore God lacks either goodness, or power, or both….The possibility of answering it depends on showing that the terms “good” and “almighty”; and perhaps also the term ‘happy’ are equivocal: for it must he admitted from the outset that if the popular meanings attached to these words are the best, or the only possible, meanings, then the argument is unanswerable. 2

Lewis proposes a distinction between omnipotent and happiness. He continues, “Kindness, merely as such, cares not whether its object becomes good or bad, provided only that it escapes suffering.” 3 But love, on the other hand, is something completely different. God is more loving to us than kind.  God, because of His infinite love for us, would “rather see [us] suffer much than be happy in contemptible and estranging modes.” 4  God is more interested in man being righteous, pure, and holy which can be wrought through suffering rather than being happy and content.

Man is in need of reconciliation because of his innate nature.  Augustine of Hippo proposed that man was totally depraved because of original sin. 5  The fall of humanity began with Adam and Eve which caused man to be in bondage to sin. He has shown throughout history that he only has allegiance to himself and that he willingly commits acts of violence and atrocities against his fellow man. Mark Twain, the author of the 1905 essay, The Damned Human Race, writes, “…the ability to distinguish good from evil; and with it, necessarily, the ability to do evil; for there can be no evil act without the presence of consciousness of it in the doer of it.” 6 Man is fully conscience of his motives and actions.  A wise man once told me that hate is not the opposite of love, selfishness is the opposite of love.

The Apostle Paul writes of his personal struggle with sin in Romans 7:15-25:

God’s holiness and righteousness excludes us from His presence in our original state.  He commands us to be transformed in the renewing of our mind and be sanctified.  Paul emphasizes this point in Philippians 2:12, “Therefore, my dear friends, as you have always obeyed– not only in my presence, but now much more in my absence– continue to work out your salvation with fear and trembling, …” Salvation in the Greek, swthria, exists in all three tenses.  I was saved, I am saved, and I will be saved. 7  The future tense means that we are to continuously grow in our faith every day, every week, and every year. Even though we have come to know Jesus and have obtained salvation, we are commission by Him to be perfect, as He is perfect. Discipleship is a process for God to perfect us during our time on Earth.  It begins with salvation and continues with sanctification and is perfected at death.  We are to be part of the world, but not of the world.  However, sometimes Christians see God as a hindrance to how they live their lives.  Lewis writes in his book, A Grief Observed,  “When you are happy, so happy that you have no sense of needing Him, so happy that you are tempted to feel His claims upon you as an interruption…” 8  At this point, God is ignored or marginalized.

Thus the purpose of suffering is to alter or fix the object of love so that He can have communion with us.  His goal is to communicate with us through an experience that gives us a unique perspective that we would not have obtained if we hadn’t suffered.  Some handle it with anger, others handle it with contempt, and still others handle it with humility knowing that it is part of God’s plan. How we accept suffering determines whether or not we are altered for the good. This process is similar to the smelting process of silver and gold.  When the ore is heating to a high temperature, the impurities are burned off, leaving the pristine metal left with no imperfections.  Zechariah uses this analogy in Zechariah 13:9.  “This third I will put into the fire; I will refine them like silver and test them like gold. They will call on my name and I will answer them; I will say, ‘They are my people,’ and they will say, ‘The LORD is our God.'”  The Psalmist writes in Psalms 66:10, “For you, God, tested us; you refined us like silver.” It is obvious that the Creator wants a relationship with the created.

Paul then augments this analogy when he writes in Romans 5:3-5, “Not only so, but we also rejoice in our sufferings, because we know that suffering produces perseverance; perseverance, character; and character, hope.  And hope does not disappoint us, because God has poured out his love into our hearts by the Holy Spirit, whom he has given us.” The Apostle Peter also address this concept in I Peter 1:6-7 when he writes, “In this you greatly rejoice, though now for a little while you may have had to suffer grief in all kinds of trials. These have come so that your faith–of greater worth than gold, which perishes even though refined by fire–may be proved genuine and may result in praise, glory and honour when Jesus Christ is revealed.” The results produce virtue and sets the believer on the road to perfection and communion with God.

Curtis Lynch has a M.A. in Education from Eastern Mennonite University and a B.S. in Biology from Palm Beach Atlantic College.  Curtis teaches physics honors, chemistry, chemistry honors, and physical science at Sarasota Christian School in Sarasota, Florida.  In addition, he is a former instructor for the University of Phoenix and a member of Palm Beach Atlantic University’s Sports Hall of Fame.  Currently, he has been married to his wife of 29 years, Pamela, and they have one son, Kyle. Follow him on Twitter @curtismlynch 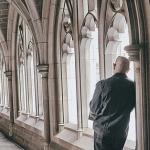 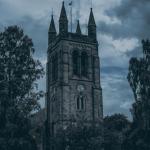 January 31, 2018 Fear Not Ecclesiastes
Browse Our Archives
Related posts from The Evangelical Pulpit 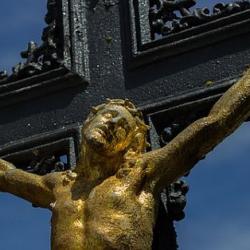 Evangelical
The Theodicy of the Lord Jesus Christ
The Evangelical Pulpit 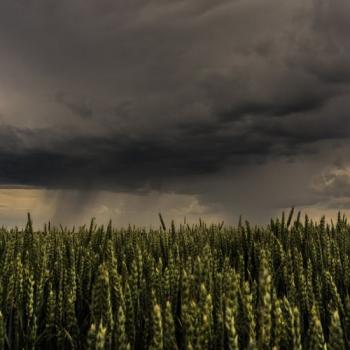 Evangelical
God Wasn't in the Storm: How Imprecise Language...
The Evangelical Pulpit
TRENDING AT PATHEOS Evangelical

Recovering From a Heart Attack (Conclusion): Giving Thanks...
This is the final post in a series about my recent heart...
view all Evangelical blogs
Copyright 2008-2021, Patheos. All rights reserved.
Close Ad