The Theodicy of the Lord Jesus Christ 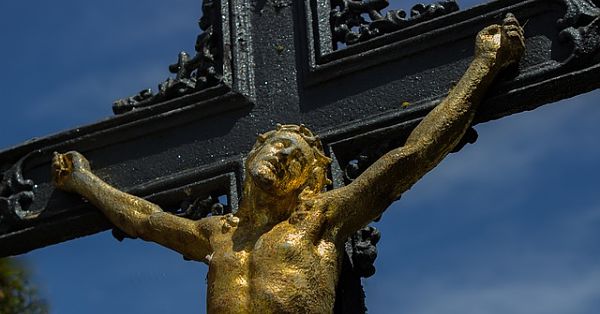 What’s the first thing that comes into your mind when you hear the word “theodicy”?  Nothing, right?  Well, the term means a defense of God’s justice in the face of evil’s reality.  It comes from two words:  “God” and “justice.”

There are some poor theodicies out there.  Christian Science, for example, denies the reality of evil.  Mary Baker Eddy said, “Since God is All, there is no room for His opposite . . . therefore evil, being the opposite of goodness, is unreal . . .” (Science & Health with Key to the Scriptures, p. 234).

Rabbi Harold Kushner in his book Why Bad Things Happen to Good People tried to solve the problem of evil by denying God’s omnipotence.  He wrote:  “I recognize His [God’s] limitations.  He is limited in what He can do by laws of nature and by the evolution of human nature and human moral freedom. . . . I can worship a God who hates suffering but cannot eliminate it, more easily than I can worship a God who chooses to make children suffer and die, for whatever exalted reason.” (p. 134).

Greg Boyd limits God’s omniscience, arguing that God didn’t know, for example, what Hitler would do.  Boyd says, “. . . if God foreknew that Adolf Hitler would send six million Jews to their death, why did he go ahead and create a man like that?  If I unleash a mad dog I am certain will bite you, am I not responsible for my dog’s behavior?  If so, how is God not responsible for the behavior of evil people he ‘unleashes’ on the world – if, in fact, he is absolutely certain of what they will do once ‘unleashed’?” (Greg Boyd, God of the Possible: A Biblical Introduction to the Open View of God, p. 10).

A theodicy which denies evil’s reality or compromises God’s character is no help at all.  If we ever needed a solid theodicy, it is today.  With so many unspeakable events happening in our world, some take Jonathan Edwards’ sermon entitled “Sinners in the Hands of an Angry God” and twist it into “GOD in the Hands of Angry SINNERS”!  They want an explanation why so many awful things happen in what is supposed to be God’s good world.  And they want that explanation right now.

Thankfully, the Lord Jesus dealt with this issue and His response to the problem of evil is quite helpful for us as we relate to our plagued planet.  We read in Luke 13:1-5 as follows:

This passage deals with two major sources of evil and suffering in our world:  crimes and catastrophes.  Let’s notice the first situation.

Some, presumably Galileans, come to Jesus and report a vicious crime.  They tell about Pilate, the Roman governor, massacring a number of Jesus’ fellow Galileans for some offense.  In fact, the text indicates that these Galileans were in a worship service, for Pilate mixed their blood with their sacrifices (desecration).

Even though we have no extra-biblical evidence of this act by Pilate or this tower falling in Luke 13, such events were relatively routine occurrences.  As one writer says, Pilate behaved brutally on numerous occasions, and buildings collapse.

One commentator writes, “We don’t have a record in secular history about the specific incident mentioned here. But there is a similar incident before the ministry of Jesus, Pilate wanted to build an aqueduct from the Pools of Solomon to the city of Jerusalem. To pay for it, he demanded money from the temple treasury, money that had been dedicated to God — and this outraged the people. When the Jews sent a delegation to beg for their money back, Pilate sent into the crowd soldiers dressed as common people, and at a certain signal they took out daggers and attacked the people asking for the money.  This doesn’t seem to be the same incident mentioned here, but it shows how completely consistent it was with the character of Pilate to slaughter some Galilean Jews on their way to sacrifice to the Lord in Jerusalem.” (https://www.blueletterbible.org/comm/guzik_david/studyguide_luk/luk_13.cfm)  This event is referred to in Josephus 2.9.2-4.

What was the likely motive of these reporters?  Two possible motives occur to me.  The first would be political.  Perhaps they thought that they could incite Jesus to rail against the Roman occupation and start a protest.  That’s possible.  However, I believe their motive might have been theological.  I believe their question comes from their Jewish background which suggested that if one suffers greatly one must have sinned greatly (see the book of Job for five representatives of this view, including Job).  How could God allow such evil to be perpetuated upon His people — while they were worshiping!?

Jesus asks them a question about comparative sinfulness.  “Do you think that these Galileans were worse sinners than all the other Galileans because they suffered this way?” (v. 2).  He answers His own question, “No!  But unless you repent, you will all perish.”  He is not saying that they will be next on Pilate’s hit list, but that this broken world is filled with evil people who do unspeakable things.

Victims of a Violent Catastrophe (vv. 4-5)

Whenever some massive event happens in our world (a tsunami, an earthquake, etc.), I’m tempted to hide from my non-Christian friends.  I fear they will ask me, “How can you believe in a God of love who allows something like this?”

But it is Jesus who raises the issue of a violent accident.  A tower in Siloam fell on and killed eighteen people.

And Jesus uses that accident to ask:  “Do you think that those people were more guilty than all the others living in Jerusalem?”  He is directly challenging the idea that if one suffers greatly one must have sinned greatly.  No!  Vicious crimes and violent accidents happen to God’s people too.

Jesus uses the illustration of the collapsed tower to warn His hearers:  “Unless you repent, you too will all perish.”  He’s not saying, “A tower is going to fall on you unless you repent.”  He is saying rather, “Life is dangerous . . . and uncertain.  Be ready to meet the Lord!”

Theodicies may be complex or simple.   And Jesus’ theodicy affirms the reality both of evil men and disastrous events in this world.  He does not philosophize about evil and suffering, but warns of life’s brevity and eternity’s reality.

The slain Galileans were not worse sinners than all the other Galileans.  God had not “gotten” them through Pilate.  They did not deserve what happened to them.  The dozen and a half victims in Siloam were not more guilty than all the other inhabitants of Jerusalem.  God didn’t cause the tower to fall on them as punishment for their sin.  Accidents happen.  And sometimes believers get crushed.

God allows evil men to exist and to reek their cruel crimes on others.  This world is broken and accidents reveal its fragile condition.  And godly people are not immune to either source of suffering.

There is, of course, much more to the theodicy of the Lord Jesus.  I think of His statement in John 9 about the man born blind:  “Neither this man or his parents sinned.  But this happened so that the works of God might be displayed in his life.” (v. 3).  Could that statement not be written over any tragedy in life?  That God is actively involved in the catastrophes that befall us — and can use them to display His mighty works in us?

Like the Lord, we ought to be the ones bringing up the terrible events of our world to warn people that we love, people who need to repent before it is too late.

Dr. Larry Dixon is a retired theology professor from Columbia International University.  His blog is found at:  larrydixon.wordpress.com.  He authored the previous Patheos article “Is Stephen Paddock in Hell?” 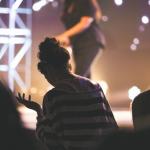 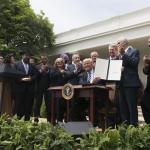 October 22, 2018 Donald Trump Is No Saint
Browse Our Archives
Related posts from The Evangelical Pulpit 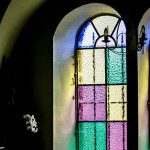 Evangelical
How to Trust God When Bad Things Happen...
The Evangelical Pulpit