The gold is a lie!!!–and other lies we tell ourselves

Everybody’s beating up on this Elizabeth Wurtzel column, in which she says:

…It had all gone wrong. At long last, I had found myself vulnerable to the worst of New York City, because at 44 my life was not so different from the way it was at 24. Stubbornly and proudly, emphatically and pathetically, I had refused to grow up, and so I was becoming one of those people who refuses to grow up—one of the city’s Lost Boys. I was still subletting in Greenwich Village, instead of owning in Brooklyn Heights. I had loved everything about Yale Law School—especially the part where I graduated at 40—but I spent my life savings on an abiding interest, which is a lot to invest in curiosity. By never marrying, I ended up never divorcing, but I also failed to accumulate that brocade of civility and padlock of security—kids you do or don’t want, Tiffany silver you never use—that makes life complete. Convention serves a purpose: It gives life meaning, and without it, one is in a constant existential crisis. If you don’t have the imposition of family to remind you of what is at stake, something else will. I was alone in a lonely apartment with only a stalker to show for my accomplishments and my years.

I was amazed to discover that, according to The Atlantic, women still can’t have it all. Bah! Humbug! Women who have it all should try having nothing: I have no husband, no children, no real estate, no stocks, no bonds, no investments, no 401(k), no CDs, no IRAs, no emergency fund—I don’t even have a savings account. It’s not that I have not planned for the future; I have not planned for the present.

There are various class-war and memoir-generation things which make the essay easy to attack. But it’s telling a couple of truths (Ross Douthat tweeted, “Pieces like this feed my long-running conviction that @nymag is the most socially conservative of the major NYC mags”) and the comforting fictions it retails are more common than Wurtzel’s detractors acknowledge.

I am Potter Stewart wandering through an overwhelming emotional life that only makes sense on contact. It’s all pornography to me, all of life is so visually rich and it all hits me absolutely like flat sheets of hard rain so that the only feeling I trust is the one that comes down in a devastating way. When I meet people who tell me that they are immune to the power of beauty or that they don’t get overwhelmed by plain old lust, I don’t think they are lucky; I think they are missing all the fun. And all the pain, of course. …

I’m like everybody else: I think about spending the rest of my life with every person I fall in love with, and I cry longer and harder and more than I should when it all goes wrong. I have spent an amazing amount of my life in tears. I have thought my heart was broke and done. But there was always the next one and the next one. Or I went to law school. Or I did something else. I am just not serious. Okay? There you have it. All the things that ­other people are willing to do that make them adjustable like appliances: I can’t.

I can only love with a pure heart and hope for the best.

Time deepens love. It makes love more complex and rich, and more intense–like aging cheese, or wine, or whatever. I frankly don’t believe that even if it were possible to measure love on some kind of intensity scale, a temporary passion could rise to the point of a fifty-year marriage. Some passions are more intense than many marriages, sure, but the ceiling is lower. So even on the self-focused scale of “how intense does this feel to me?”, I think Wurtzel has missed out. Seriously, all those pure overwhelming painfully real passions–does she even remember their names? Should she bother to? Loving forty people in forty years is having roughly the same experience forty times. Loving one person for forty years is not. All those adjustments are themselves painful in a beautiful way–they’re sublime, and moreso than the desire to remain pure and unchanged.

This point is really only a symptom of a deeper and even more common problem Wurtzel displays. She consistently writes as if the joy and happiness of people who “plan for the future,” the married ants rather than bed-hopping grasshoppers, is basically fake. It’s all a lie they tell themselves over the Folger’s coffee, to console themselves for their sacrificed passions. Marriage leads to divorce, “functional love includes a fair amount of falsity,” she imagines the life she could have had and it’s all lies about how talented her husband and children are, “happiness is the untruths we tell each other and ourselves or it would be unbearable.” She adds, “Or is that my untruth?” but honestly, she doesn’t seem to mean it.

Because what’s so weird is that when it comes to her own life she’s able to claim both the misery and the joys as true. She can see that somebody else might view her misery as the more important part, but she doesn’t, and she genuinely believes that the joy is the “really true” part. Why on earth can’t she see that married people do the same thing–only they do it with a better purpose? They aren’t lying. They’re focusing on the part of their complex truth which sustains love. They’re making, often at great cost and with great humility, the choice to focus their attention on the truths which strengthen love and loyalty rather than the truths which might shatter it.

(An aside: How brave or poignantly honest would anybody find Wurtzel-style paeans to temporary but passionate love if we replaced all uses of the word “love” with the word “loyalty”?)

There’s a bit in Anna Karenina which Ratty really loves; she called it to my attention years ago.

[T]he children themselves repaid her griefs with small joys. These joys were so small they could not be seen, like gold in the sand, and in her bad moments she saw only griefs, only sand; but there were also good moments, when she saw only joys, only gold.

Love–real, long-term love–requires looking more at the gold. Otherwise you end up in a New York City made of sand.

January 8, 2013 "A New Story, In the Field of Abortion-Haunted Horror"
Browse Our Archives
Related posts from Eve Tushnet 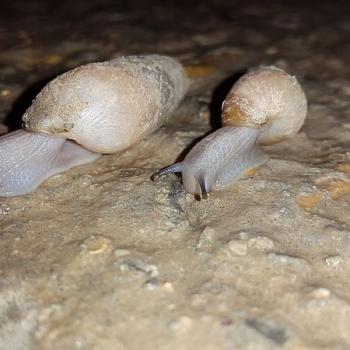