First off, this post from David Lapp is relevant to my review of Coming Up Short: Working-Class Adulthood in an Age of Uncertainty:

…One of the striking things about Brown’s portrait is how poverty co-existed with family cohesiveness and the expectation of marriage. When these poor rural individuals and families migrated North during the 40s, 50s, and 60s, they brought with them their family cohesiveness. But while Elmer and Alice grew up poor, got married, and recently celebrated their golden anniversary, both of their children—raised in relatively more affluent Ohio—are divorced.

Putnam’s response to Murray—that the story of family collapse starts with vanishing jobs and economic insecurity—doesn’t make sense of Elmer and Alice’s family. Vanishing jobs and economic insecurity defined Elmer and Alice’s life in Appalachia. And greater access to jobs and comparative economic security defined their children’s lives in Ohio—yet it was their children’s marriages that ended in divorce.

My own view is that vanishing jobs and economic insecurity in places like Putnam’s hometown of Port Clinton contributed to the collapse of marriage and the two-parent family and the growing class divide—but they had this effect only because of the seismic cultural shift towards expressive individualism that Robert Bellah and colleagues documented in Habits of the Heart. In an atmosphere of expressive individualism, Bellah and colleagues observe, “Americans tend to assume that feelings define love, and that permanent commitment can come only from having the proper clarity, honesty, and openness about one’s feelings.” This is a “therapeutic attitude,” which “begins with the self, rather than with a set of external obligations.” …

However, when expressive individualism dominates how people understand love and commitment, vanishing jobs and economic insecurity appear to take a greater toll on marriages than they did on the dirt-poor Appalachian married couples. With obligations of lifelong love vulnerable to the new therapeutic ethos, economic stressors are enough to fatally undermine the stability of a romantic relationship or a marriage—even though breakups and divorce rarely improve people’s financial situations.

more–and I think there’s more to say about how the coexistence of pre-therapeutic and therapeutic ideals can provoke an especially intense sense of betrayal or failure, but I’m not sure how to flesh that out just yet.

…Six Ecstasy pills were found in Mr. Birnbaum’s knapsack, and he was handcuffed and placed under arrest. Mr. Birnbaum later agreed to enter a multiyear, pretrial diversion program that has involved counseling and drug tests, as well as visits to Alabama every six months to update a judge on his progress.

But once he is done, Mr. Birnbaum’s record will be clean. Which means that by the time he graduates from the University of Texas at Austin, he can start his working life without taint.

At least in the eyes of the law. In the eyes of anyone who searches for Mr. Birnbaum online, the taint could last a very long time. That’s because the mug shot from his arrest is posted on a handful of for-profit Web sites, with names like Mugshots, BustedMugshots and JustMugshots. These companies routinely show up high in Google searches; a week ago, the top four results for “Maxwell Birnbaum” were mug-shot sites.

The ostensible point of these sites is to give the public a quick way to glean the unsavory history of a neighbor, a potential date or anyone else. That sounds civic-minded, until you consider one way most of these sites make money: by charging a fee to remove the image. That fee can be anywhere from $30 to $400, or even higher. Pay up, in other words, and the picture is deleted, at least from the site that was paid. …

Yet her mug shots linger. A few months ago, she made a deal with a local lawyer: he would try to have her mug shots deleted, and she would pay him $100 and clean two apartments that he wanted to rent. She was assisted during that afternoon of scrubbing by her daughter, who attends a middle school where online mug-shot browsing had caught on. Her daughter was taunted when her mother’s image surfaced.

“Her grades dropped; she was miserable,” Ms. Matthews recalled. “She was getting into fights. When I tried talking to her about it, she wasn’t communicating.”

But the deal with the lawyer didn’t work.

“He was able to get a few of the photos removed from one site, related to charges that were expunged,” she said, “but they wanted $300 apiece to remove the other shots. And that was just one site. I don’t have that kind of money.”

more. Whole article is completely worth reading–seriously, go all the way to the end. My only contribution is that posting a photo of someone’s face in a state of abjection is a lot worse than posting someone’s name and arrest record, even if the Google/reputational/employment consequences are similar. The face is basically our sense of self, our identity. Using it as a tool of online humiliation seems obviously brutal in a way that a mere list of names and crimes isn’t (regardless of whether that list itself should be available online). The pictures also seem like they tell the whole story–you’re drunk, your skin looks like the surface of Mars, your hair looks like dirty yarn, you are obviously messing up your life–instead of inviting the idea that there may be explanations for your situation which would make you look a little less awful. Anyway that’s just a small thought, related I think to this article.

Pascal-Emmanuel Gobry says we should reverse our assumptions about what is and isn’t appropriate viewing for children.

And, since this has been a kind of heavy blogwatch, here’s a nice post about a very reassuring kids’ book.

October 1, 2013
The Pope and the Pregnancy Center
Next Post

October 11, 2013 "The Shame of Our Prisons"
Browse Our Archives
get the latest from
Eve Tushnet
Sign up for our newsletter
POPULAR AT PATHEOS Catholic
1

What are people starving for, Fr....
Catholic Bard
Related posts from Eve Tushnet 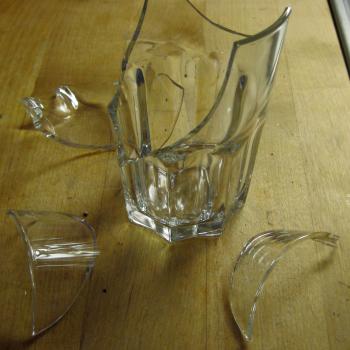 You Might Be Wondering Why I Stay Catholic
Given the events of the past week, I imagine some of my...
view all Catholic blogs
Copyright 2008-2021, Patheos. All rights reserved.