on Mother Maria Skobtsova, and I STILL don’t have a tag for Orthodox Christianity, sorry!!

…For a nun, Maria’s story is more than a little unconventional. At Bishop Anthony Bloom’s first encounter with her, Maria sat at a cafe table with a beer. She was often seen shambling around the Paris market in her tattered habit, cigarette perched on her lip, haggling for deals. And she kept company with the lowest of the low.

That was her calling. Twice divorced, she knew the meaning of God’s mercy and desired only to share it with as many as she could muster. The number was not small.

Her backstory is the stuff of Russian novels. Born into a wealthy family in 1891, her father died when she was young, and the shock of the loss drove her to renounce her faith. Mixing with smart and fashionable of St. Petersburg, she published poetry, married a Bolshevik, and distressed over the state of the city’s beleaguered poor. But idealism couldn’t save her marriage, which ended in 1913.

The following year she moved to her family’s estate on the coast of the Black Sea with her daughter, Gaiana. Headstrong and independent, Maria was politically active and eventually became mayor of the town of Anapa as a single mom. She also rediscovered her faith, which informed her activism. “[T]he Christian,” she said, “is called to social work.” 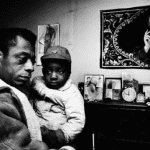 George Floyd, Systematic Racism And The Need To...
Christians must reject all forms of racism, for, as St. John Paul...
view all Catholic blogs
Copyright 2008-2020, Patheos. All rights reserved.