“Can Prison Help Convicts?”: A Panel Answers a Lot of Questions (But Not the One It Asked)

So a couple weeks ago I watched this video

and it’s an interesting intro to a lot of prison-related issues. I don’t think it answered the question in its title, which is fine since a) Dostoyevsky already did that (twice!) and b) Dostoyevsky’s answer is basically, “That’s not a question that makes sense.” A few notes:

So Tim Carney’s interlocutors are these two guys who have both served time for politics-related chicanery. The conservative one is full of bonhomie; the liberal one is kinda edgy and nervous at first, a little bit greasy in that John Cusack way. I assume I have already given away which one I agreed with and liked more.

Jeff Smith (the liberal) never points this out, but you can hear in the anecdotes he tells how much contempt he experienced in prison. That contempt from the COs I think fairly clearly influenced both his greater skepticism toward the idea that prison can be made therapeutic, and his much greater willingness to view other prisoners as comrades. Human beings interpret solutions and reform as damage, and route around them. There are ways to break through that process, e.g. repentance and conversion, but there is no way to build a process that humans can’t ooze around.

Also you get to hear this Midwestern-looking conservative like Rotarian or whatever use the term “the Other” and that’s never not fun.

December 9, 2015 "The End of Hitting Rock Bottom" and My Actual Most-Unpopular Opinion
Browse Our Archives
Follow Us!

I Read the Whole Bible in...
The Cordial Catholic
Related posts from Eve Tushnet 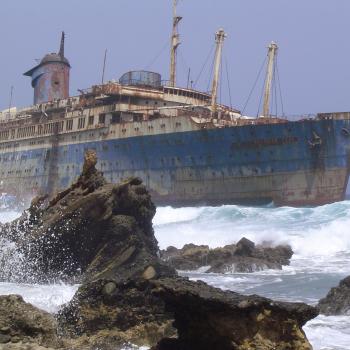