“The Body & Society” Notes Pt 5: The Slave as Temple

On Saturday I ended up at a special Mass at which they blessed plaques honoring people who died in slavery and were buried in unmarked graves throughout the Archdiocese of Washington. The gospel choir from St Augustine’s sang us through, including this especially powerful hymn. And this Mass has special–perhaps surprising–relevance to Peter Brown’s study of sexual renunciation in the early Church.

The Mass was an expression of our reverence and God’s tenderness toward these bodies which, in life, were used so unjustly and dumped so unceremoniously. For Catholics all bodies are temples of the Holy Spirit. (The title of this post is taken from our Cardinal’s homily at the Mass on Saturday.) We have a responsibility to honor the bodies of the dead, whether they are saints or people who committed great crimes or people whose lives are unknown to us because of the cruelty of their circumstances. The human body has intrinsic meaning, worth, and beauty, whether it is weak or strong, suffering or joyful, barely visible at life’s beginning or much diminished and close to death.

For some of the Christians in Brown’s study, honoring the chastity of slaves was another way to recognize and honor them as equals, as humans, as temples of the Spirit. In the eyes of those who held them in slavery they were considered beneath chastity, their sexual longings as irrelevant as the sexual interests of a pet: Even Christian women would often undress and bathe in front of their slaves. Brown writes:

Stage girls splashed naked in the newly constructed water-theaters of Antioch…. When they did so, to the evident enjoyment of members of John [Chrysostom]’s congregation, a chasm was thought to separate their exposed bodies from the well-to-do Christian ladies and gentlemen who watched them. For these young girls were atimoi, civic ‘non-persons’; they had no right to sexual shame.

Only John was prepared to see in them a shared human body, subject to shared codes of modesty. “For say not this, that she that is stripped is a harlot; but that the nature is the same, and they are bodies alike, both that of the harlot and that of the free woman.”

By preaching incessantly on such themes, John wished to create in Antioch a new, more all-embracing sense of community, based on a sense of solidarity with a shared human nature. As a result, his exhortations came to place a quite unusual weight on the human body. For the body was the most vocal spokesman of all, in its manifest vulnerability, of the common descent of all human beings from Adam. John preached a brotherhood of bodies at risk. The two great themes of sexuality and poverty gravitated together, in the rhetoric of John and of many other Christians.

Proclaiming that stage girls and their audience were called to chastity was a way of naming their nakedness as vulnerability, and therefore naming their bodies as temples. This proclamation threatened the civic ceremonies on which the city’s peace was founded: “Public ceremonials remained indelibly profane, erotic, and cruel. …On many occasions, the local Christian bishop found himself forming a common front with the civil governor to halt throngs of protesting monks who wished such shows to stop.” And this isn’t an uncomplicated story: The Christian community John championed would be set up over and against the civic community in which pagans and Jews could participate as equals. As Brown puts it, “John had striven to extend to his hearers an infectious sense of shared militancy; but he preached as a member of a church that still thought of itself as a minority religion, and so could afford the high-minded fervor of those who had not yet faced the responsibilities of power.” (And the footnote to this bit cites John Chrysostom and the Jews, in case you wonder why I harp on this.) We are still waiting for a Christian society where “we” includes, humbles itself toward, or reconciles with “them.”

Presumably that is because we are still waiting for the Christian society John did try to build, in which every human body is recognized as a human being: a temple, a garden, a world entire.

February 4, 2018
I Pay Tribute to John Bellairs, The Mackerel-Snapping Master of Moppet Macabre
Next Post 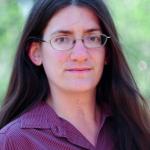 February 7, 2018 At Once Surrender and Victory: Postscripts to My Marquette Talk
Browse Our Archives
Follow Us!