and American religion, by Martyn Jones in the Weekly Standard:

Jim and Tammy Faye Bakker were a husband-and-wife televangelist team who rose to prominence in the 1970s and ’80s before their ministry was brought down by scandal, trickery, and bankruptcy. They lived extravagant lives in front of the camera, inviting viewers into their beautiful homes for holidays and vacations. While most children in this era grew up on television, the Bakkers’ kids grew up on television.

In the early days, Jim and Tammy Faye carried on a centuries-old tradition of religious enthusiasm that placed them beyond the boundary lines of respectable mainstream culture.

more–moving and insightful all the way through. 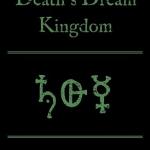 February 25, 2018
Forgive Me, Father, For I Have Sinned. It's Been Two Hundred Years Since My Last Confession...
Next Post

Pope Francis and Giussani on the Ethics of...
Since the Feast of the Chair of Saint Peter and the fifteenth...
view all Catholic blogs
Copyright 2008-2020, Patheos. All rights reserved.