quotes me, plus a bunch of other people–last quote is especially good:

…Hartley is part of a small group of openly LGBTQ Christians who, while embracing their sexual orientation, also believe God designs sex and marriage to occur exclusively between a man and a woman. The group, called “Side B” (as opposed to Side A Christians who celebrate same-sex marriage and sex), is a largely virtual community that sits in a rare liminal space between two sides of a culture war.

Despite their relatively small numbers, the group is experiencing its own renaissance, with thought leaders (like Hartley) producing podcasts and publishing books and group members gathering at conferences. 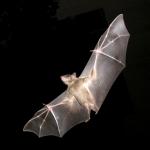 November 8, 2021 "The Violence of Reason": I review a retrospective of Cold War SF
Browse Our Archives
get the latest updates from
Eve Tushnet
and the Patheos
Catholic
Channel
Related posts from Eve Tushnet