Sobering economic realities and raging culture wars are forcing America’s young women to grow up fast – maybe faster than they should. But the Instagram culture and delusional reality TV icons are leaving many young girls lost in the age of selfies and selfishness.

Earlier this month Samuel D. James, Communications Specialist at the Ethics and Religious Liberty Commission, raised the question, “Where have America’s young men gone?” In his thoughtful First Things piece, James notes that young men have unplugged from careers and marriage because of the false sense of reality and satisfaction found in video games, pornography, and other screen time.

Instant gratification and the false sense of reality that James thoughtfully identifies isn’t only affecting boys. His article got me thinking about how girls are suffering too.

This is not to say that young women aren’t a vibrant part of the workforce or don’t desire marriage. They are absolutely achieving big goals, but I worry perhaps that with the over-exposer to unrealistic images and unattainable lifestyles flooding their screens, the upcoming generation of girls aren’t just entertainment-absorbed, but self-absorbed.

I’ll explain what I mean.

Take Vogue magazine’s upcoming September issue, for example. It will feature Kendall Jenner, a reality-TV-star-turned-fashion-model, as its cover girl.  Kendall is the new “it girl” because she has 63.5 million Instagram followers and 19 million Twitter followers. “[Kendall] is literally the American dream of today,” fashion designer Riccardo Tisci told Vogue. Correctly, the fashion magazine identifies her enormous influence over young women by titling Kendall’s spread “Generation K.”

What “Generation K” looks like: Pre-teens, teenagers, and young women constantly comparing themselves to photoshopped images of women (and men) and striving after jet-setting lifestyles they see play out on their iPad screens. Their vision of family, work, and faith is muddled and suddenly their small hometown, the sweet guy next door, or the neighborhood church and its teachings they grew up with don’t look so appealing.

Sky rises. Smooth-talkers. Empowerment. Enlightenment. In a nutshell, these are goals girls are told to achieve.

Gender role reversals and sexuality fluidity is also the new normal for “Generation K.” Kendall’s dad is transgender. He’s even been awarded “Woman of the Year” by Glamour Magazine, so what’s the big deal with questioning our innate gender?

Affirmation of self-worth for America’s young girls is now measured by how many strangers over the Internet compliment or “Like” their latest Instagram photo. Unconditional love isn’t even a concept. These girls are used to earning love, or warped approval rather. Earn it by proving your worth with straight-As in school. Prove your worth to an employer by sacrificing a spouse and kids. Sacrifice your  integrity by embellishing your life on social media for the sake of others’ approval.

And if pornography is young men’s problem, then guess how young women will internalize the allure. Another unrealistic expectation to achieve. Images of surgically enhanced adult film stars and incredibly disproportionate she-elfs in video games all send young women the message: This fake being is beauty. This is sexy. This is what men want. What an awful lie compounded upon the garbage reality TV stars and ridiculous women’s magazine topics already send them. What an easy way for young girls to lose their souls.

But believe it or not, girls aren’t only made up of spice and everything nice. In having this discussion we mustn’t totally victimize girls, as society is always so keen to do. Whereas lust might chiefly lure entertainment-absorbed lost boys, vanity and pride generally hovers at the core of self-absorbed lost girls.

Delete that Facebook photo magnifying my blemishes. Reject that job offer because a receptionist position seems beneath me. Avoid marriage because it means responsibility, my loss of freedom. A mortgage will mean a budget and fewer spray tans. Pregnancy could ruin the figure I’ve killed myself at Spin class to attain. Kids will mean fewer vacations. Homeschooling or volunteering might disrupt yoga classes and standing brunch with girlfriends.

The above are all real thoughts this girl has entertained at some point or another.

We all have faults and sin we struggle to avoid. Just like with boys, sin yanks at the chains of girls’ brokenness, insecurities, our self-centeredness, and pulls us away from fullness in Jesus Christ. Girls not only lose their confidence, innocence, and self-worth, but also their true identities in Him.

America’s girls are growing up fast. It’s the cost that’s the problem.

Your turn. Have you noticed these or other concerning trends among America’s girls? 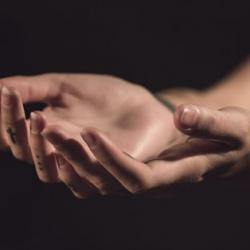