Rose McGowan Talks About Escaping The Children of God Cult 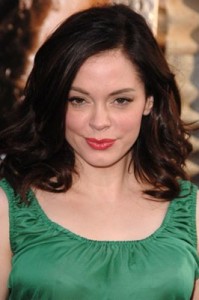 Actress Rose McGowan was raised in the controversial Children of God cult, but she hasn’t publicly discussed the experience until recently. In People magazine, Rose talks about her early years in the cult – which was known for “Flirty Fishing,” encouraging women to hook up with men in order to witness to them – in Italy. Ultimately, McGowan’s father, who illustrated tracts for the group, became worried that Rose and her sister would fall prey to sexual abuse, since the cult was preaching that sex with children was normal. Her whole family has since left the cult, now known as the Family International, but I don’t know why she didn’t choose to speak out until now. Does she have a project to promote? Is she going to write a book and wanted to test the waters? Either way, I’m glad she decided to break her silence about it.

For those of you who want to learn more about the Children of God, I highly recommend the book Jesus Freaks.

Joy Heals
The body heals with play, the mind heals with laughter, and the...
view all New Visions blogs
What Are Your Thoughts?leave a comment
Copyright 2008-2021, Patheos. All rights reserved.