Clinton on Benghazi: “What Difference Would It Make?”

Clinton on Benghazi: “What Difference Would It Make?” January 23, 2013 Bill Blankschaen

Ms. Clinton seems to be losing her cool before Congress on Benghazi.

Testifying before a Senate committee this morning, Secretary of State Hillary Clinton responded to Senator Ron Johnson’s inquiry about the cause of the attack on Benghazi with an adamnant and passionate, “What difference would it make?”

“With all due respect, the fact is we had four dead Americans. Was it because of a protest or was it because of guys out for a walk one night decided to go kill some Americans? What difference at this point does it make?” ~ Hillary Clinton Jan. 23, 2013

My post back then accused the President of intentionally misleading the American people for political gain. Nothing has come to light since that would cause me to alter that view. The fact that Ms. Clinton is upset about it, and even emotional about those lost, doesn’t change the facts.

She even pulled an Obama, mimicking his offended posture by acting indignant at the suggestion of misleading. She played his same emotional card to show her great concern for the families of those killed, admirable but irrelevant tothe question at hand. She trotted out his refuted but memorable Rose Garden “act of terror” fiction that was instantly blessed by Candy Crowley in the Second Presidential Debate.

Under questioning from Sen. Jim Risch (R-Idaho), Clinton said she had no  say in the decision to send Rice to the Sunday shows to deliver the  administration’s take on the situation in Libya.

“I personally was not focused on talking points,” Clinton said. “I  was focused on keeping our people safe.” ~ Via The Hill

Ms. Clinton, I am glad to see you are back in good health. Truly I am. But the truth still matters to some of us. The fact that you seem to not know what difference it makes is, in fact, part of the problem.

Did the President, the man we just re-inaugurated for another four years, intentionally mislead the American people about the cause of the attack? If he really didn’t understand the “complicated” situation, why did he speak so adamantly about it to shift blame away from terrorists and on to a US citizen exercising his right to free — if somewhat stupid — speech?

What did he know and when did he know it? What specific military orders were given as the 7-hour attack unfolded on the big screen at the White House? Why did brave Americans get left behind while frantically calling for help that never came?

Maybe you’re right, Ms. Clinton. Maybe it doesn’t matter anymore. Not because four people are dead either way, as you stipulated. But because we just re-elected the guy who snookered us on it all last September.

Maybe that’s what you meant. Somehow, I doubt it. 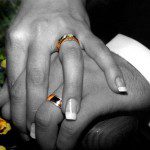 January 23, 2013 Marriage Retreat: How to Plan a Weekend Getaway
Recent Comments
2 Comments | Leave a Comment
Browse Our Archives
get the latest from
Evangelical
Sign up for our newsletter
POPULAR AT PATHEOS Evangelical
1

The Choice To Die
Preventing Grace
Related posts from FaithWalkers