Drones and Rand Paul’s Filibuster: A Lesson from Exodus

The Biblical book of Exodus may not be the first place you’d think to find wisdom for harnessing modern technology, but I think Rand Paul’s filibuster over drone use finds some support there. 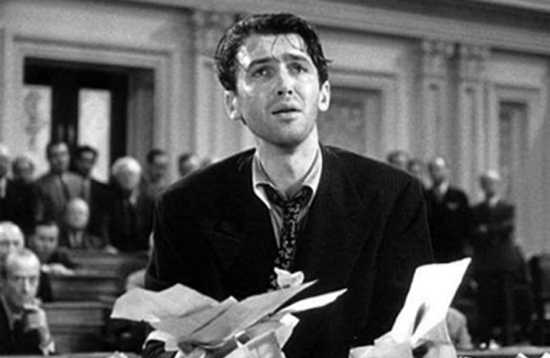 This week, Senator Rand Paul (KY-R) initiated a talking filibuster — a rare event in these days of virtual filibusters — to protest what he sees as the Obama Administration’s lack of a transparent policy regarding when drones may be used to kill American citizens without due process of law as described in the US Constitution. His filibuster ended this morning around the 13-hour mark, one of the longest in Senate history.

A summary of the cirumstances via The Washington Times:

The Kentucky Republican held the floor for almost 13 hours, effectively  blocking a vote on the nomination of John O.  Brennan, whom Mr. Obama has tapped to be CIA  director. He said he would relent only if the administration publicly vowed not  to target Americans on U.S. soil.

“This is a long, drawn-out day, but it’s to try to get some answers,” Mr. Paul said after he crossed the eight-hour mark  late Wednesday evening. “It’s to try to shame the president into doing the right  thing.”

Democrats, who control the chamber, were forced to delay a vote on the  Brennan nomination until at least Thursday, and it could go into the weekend,  depending on what other blockades Republicans erect.

At issue is the administration’s argument that it can kill those it suspects  have ties to terrorism, including U.S. citizens, without having to put them on  trial.

Attorney General Eric Holder stated that “the government has no intention” of ordering drone strike in America. But as Senator Paul noted, that door of possibility cannot be left open.

Paul is one of several lawmakers — on both sides of the aisle — who has  raised concerns about the legal justification for launching drone strikes  against Americans overseas. But Paul took to the floor after receiving a  statement from Attorney General Eric Holder that creaked open the door to the  possibility of using a drone to kill an American inside the United States.

“To allow one man to accuse you in secret — you never get notified you’ve  been accused,” Paul said on the floor. “Your notification is the buzz of  propellers on the drone as it flies overhead in the seconds before you’re  killed. Is that what we really want from our government?”

Paul said he’d be raising the same complaints under a Republican  president.

More than 3,00 years ago according to Genesis, Joseph saved Egypt from famine and became the second-most powerful man in the Kingdom. The Pharaoh then befriended him in appreciation, provided fertile land for shepherding, and even commemorated the passing of Joseph’s father Jacob with a grand ceremony. He let Joseph return to Canaan to bury Jacob. At the height of Joseph’s influence, there was no thought of showing any harm to the Israelites. It would have been unthinkable to suggest it.

Fast forward about 280 years. Motivated by fear, and perhaps the prospect of cheap labor, the Pharaoh then in power enslaved the Israelites. The Biblical account describes the enslavement as harsh. Yet God still blessed them. Consequently, that Pharaoh ordered that the sons of the Israelites be murdered when born in a brutal foreshadowing of the Chinese butchering that takes place today.

Now here’s where Senator Rand Paul’s filibuster and concerns over drone use enters the picture. Think back with me for a moment. Imagine if Joseph, at the height of his influence as savior of the Egyptian people, had expressed the following concern to the Pharaoh in power at the time:

I love it here. Really, I do. You’ve been great. You treat me like family. You’ve treated my family like gods. You’ve given us a terrific land — awesome views, fertile fields. I know you guys aren’t really into that whole shepherding thing anyways, but — hey, it’s a win-win right? You even let me go bury my father. It’s all really cool. Really. And we’ve connected, you and me, don’t you think? Like Montana and Rice, Fred and Ginger, Bing and Bob — who? Oh, I don’t know, actually, it’s just what that papyrus-prompter thing says.

Uhh, but there is just one little thing. You know how I’m into that whole dream scene, right? Well, I’ve got to tell you I do have a little concern that someday — don’t know when exactly — one of your successors (long live the Great Pharaoh, of course!) may, well, sort of get all slavish with my descendants. I know, I know. Crazy, right? Like they would do that.

Ya, it is kind of out there, but I think they may even — brace yourself — try to, um, murder, um, all of our sons. What’s that? Yes, that’s right. Slaughter. Oh, no, Great and Awesome Pharaoh, I’m not saying you would do this. Are you kidding? You are the coolest. You and me, we’re like, like — well, no. Not you.

And now that you mention it, I suppose it does sound pretty far-fetched. I mean, what are the odds of that ever happening. I’m sure the Egyptian government has no intention of ever — you know, you’re right. Just forget about the whole thing. Back to work. Dinner’s still on for Saturday? Great. See you then!

Yet several generations later, that is exactly what happened.

Just because something is highly unlikely to happen given the present leadership does not mean it can’t or won’t happen given other leadership. Things change.

Wise leaders protect not only their current followers but those followers and leaders who will come after them.

So for those on both sides of the aisle criticizing Senator Rand Paul’s filibuster of the use of drones to kill American citizens without due process, maybe we should all take a lesson from Exodus.

Do not remove the ancient landmark which your fathers have set. (Prov. 22:28)

March 8, 2013 Does Your Weakness Give You Strength?
Recent Comments
4 Comments | Leave a Comment
Browse Our Archives
get the latest from
Evangelical
Sign up for our newsletter
POPULAR AT PATHEOS Evangelical
1