How the Passover Preaches the Gospel of Jesus

How the Passover Preaches the Gospel of Jesus March 29, 2013 Bill Blankschaen

On this Good Friday, when most eyes in Christendom turn to refocus on Christ’s sacrifice and suffering on the cross, the Passover also rightly comes to mind.

It’s not only because the Passover meal served as the capstone to Christ’s equipping of his disciples, nor is it just because Christ chose to transform the Passover into the new ordinance for His Church. Different traditions call it different things — the Eucharist, the Lord’s Supper, or Communion. But all agree it is significant.

I find the Passover compelling not just for those reasons, but because the Passover preached the Gospel of Jesus. Through it God wrote a new chapter in His story of redemption in time and space. 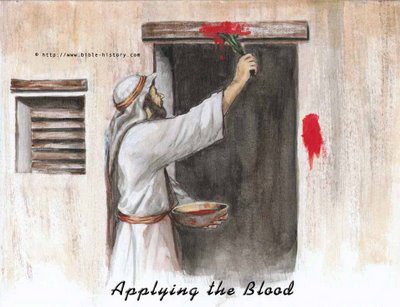 Why the Passover Matters Today

I was reminded of this truth when we had dinner with some friends recently, fellow Evangelical believers, who re-enacted portions of the traditional Seder meal. It was not historically accurate, by any means, nor did it try to be. Given the many children present, for example, they chose Welch’s grape juice rather than wine — and not four cups worth. The kids would have been bouncing off the walls all night. But we had lamb with bitter herbs, unleavened bread, and so forth. We revisited the story of the original Passover found in the Bible in the book of Exodus.

The experience reminded me of the grand story of redemption, of the gospel of Jesus, and how the meal expanded man’s understanding of God’s plans. To that end, O. Palmer Robertson gave a classic picture of how God has unfolded His revelation in time and space. Roberson used the image of a funnel turned on its side.

At the narrow end of the time funnel would be the beginning of history — Creation and the Fall. Beginning at that point in Eden, the funnel gradually expanded as time moved on. At certain points, God introduced new information suddenly so that the funnel rippled outward, widening, ever-expanding as He revealed more of His redemptive plans.

The Passover is one of those key points in time at which God suddenly and dramatically revealed more of the plot of the story known only to Him from all eternity.

Putting the Passover in Context

To put the Passover in context of God’s redemptive story, we could begin in Eden. There God first promises, in an admittedly vague and rather cryptic fashion, that although the penalty for sin was death, someone was coming who would “crush the head of the serpent.” We know that early humanity interpreted that as a promise of a deliverer, because Noah’s parents named him in the hope that “Out of the ground that the LORD has cursed this one shall bring us relief from our work and from the painful toil of our hands.” (Gen. 5:29)

Noah did bring salvation for a few in the midst of God’s just judgment for sin. The imagery of the ark and of God calling out a remnant of people by grace alone revealed yet another peek at God’s redemptive plans. But then God pulled the curtain back further in a rather abrupt sweep with the calling of Abram:

Now the LORD said to Abram, “Go from your country and your kindred and your father’s house to the land that I will show you. And I will make of you a great nation, and I will bless you and make your name great, so that you will be a blessing. I will bless those who bless you, and him who dishonors you I will curse, and in you all the families of the earth shall be blessed.” (Gen. 12:1-3)

In Galatians 3:8, Paul tells us that in the above passage, the gospel was preached to Abram: “And the Scripture, foreseeing that God would justify the Gentiles by faith, preached the gospel to Abraham beforehand, saying, “In you all the nations shall be blessed.”  The writer of Hebrews tells us that Abram believed, not because he wanted to get his hands on choice Jordan riverfront property, but because he desired a heavenly country: “For he looked for a city which hath foundations, whose builder and maker is God.” (Heb. 11:10)

The Gospel Preached to Abram

In the calling of Abram, we begin to see much more of the redemptive story revealed — that it would be not just by grace, but through faith. We also discover that the promised deliverer would come through the physical seed of Abraham to bring blessing, not just to the physical descendants, but to all those who believe by faith:

Subsequently, in the story of God’s testing Abram by calling him to sacrifice Isaac, his only son, we find the first clear reference to a substitutionary sacrifice being the key to deliverance.

The theme of a substitute Lamb, the central theme of the gospel of Jesus, is what gets preached loud and clear through the Passover. When the Passover is instituted as the physical descendants of Abraham are about to be led out of Egypt, it expands the story, or funnel, if you will.

God Has Provided a Lamb

You can read the complete Biblical account of the Passover here. The basic story is this: death was to pass upon all the families of Egypt — all of creation in Egypt for that matter. Only those households covered by the blood of a lamb, properly sacrificed and prepared according to God’s instructions, would be delivered from the sentence of death. To further increase the symbolism, the blood was to be placed on the sides and the top of the doorways of the house, at the points of a cross.

The central theme of the gospel is, as J. D. Greear puts it: “Jesus in my place.” Hence the numerous references to the Messiah as the promised Lamb, and to Jesus the Messiah as the “Lamb of God, who takes away the sins of the world.” But only for those who believe, and act on that belief. Just like at the first Passover.

The message of the Passover is the same clear and simple message of the Gospel of Jesus today. Believe in the Lamb who died to take the consequences for your sin and you will be saved from the wrath of the Just Judge of all men.

The Passover reminds us of the continuity in God’s redemptive story. It preaches the gospel of Jesus to us even from thousands of years ago. As we celebrate the Resurrection, we now know the rest of the story. And we celebrate it with all those throughout history who truly trusted that only faith in the sacrifice of the Lamb could fix their sinful condition.

As we break bread this Easter Sunday, remember our connection through faith with those who left Egypt by night, perhaps still munching on some of that unleavened bread as they celebrated their own liberation from captivity. And let the Passover preach the gospel of Jesus afresh to you.

Subscribe via e-mail in the upper right of this page to get the latest posts from FaithWalkers delivered directly to your in-box.

March 27, 2013
About that Supreme Court Same-Sex Marriage Silliness
Next Post

March 30, 2013 Easter Sermon Audio: Everything Changes When Jesus Speaks
Recent Comments
0 | Leave a Comment
"I do like to read the very real experiences of people and human responses and ..."
calvin smit Why I’ve Stopped Singing in Your ..."
"Genesis 35:19-2 (Jacob/Israel set up the monument for Rachel long before the bondage, exodus, Law, ..."
lynlindberg Was Jesus Born Away in a ..."
"My question concerns Jose post from • 7 years agoWhat was the origin of the ..."
lynlindberg Was Jesus Born Away in a ..."
"Interesting conclusion. The context of Micah 4:8 concerns the latter days. The days after the ..."
Crystal Thorne Was Jesus Born Away in a ..."
Browse Our Archives
get the latest from
Evangelical
Sign up for our newsletter
POPULAR AT PATHEOS Evangelical
1