North Korea and Kim Jong-un: Why Insecure Leaders Concern Me

To be honest, I’ve been sort of ignoring the whole North Korea thing, thinking it’s just another dictator flailing about for attention. But then he does have nuclear weapons and he seems to be firing up his reactors again. 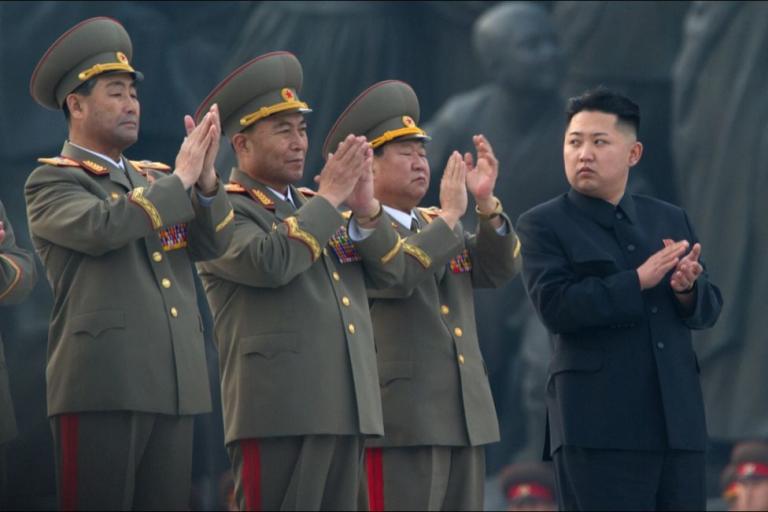 And I will be flying in and out of Tokyo a couple of times in the next few weeks. That’s awfully close to North Korea now that I think about it.

Aside from the potential for having my travel plans disturbed, here’s what concerns me most about Kim Jong-un and his rantings and ravings of late.

Some leaders just shouldn’t be leading.

I wrote a post about this very topic that will be appearing soon at Catalyst Space blog. Some leaders just shouldn’t be on the roads. Leaders who are in over their heads are dangerous — to themselves and to everyone around them, even when they don’t intend to be.

Why the North Korea Antics?

I see a couple of possible reasons for Kim Jong-un to be firing up the rhetoric of war:

It’s this last option that concerns me most, although all three likely play a role. Desperate people do stupid things. When those people are leading a massive army with nuclear capability, things can go wrong fast.

Kim Jong-un is old school when it comes to leadership styles. His approach seems to be the old carrot-and-stick way — but without much of a carrot. His is an antiquated method that is jarring in its contrast to the rest of the world.

Catalyst CEO Brad Lomenick has a tremenduos chapter in his new book The Catalyst Leader: 8 Essentials for Becoming a Change Maker

on this topic of collaborative leadership. In it he quotes Dov Seidman, CEO of LRN, named one of the ‘Top 60 Global Thinkers of the Last Decade” by the Economic Times:

The old system of ‘comand and control’ — using carrots and sticks — to exert power over people is fast being replaced by ‘connect and collaborate’ — to generate power through people.

Kim Jong-un = old school. Rest of the world (for the most part) = new school.

As long as Kim can keep the walls up to keep his information silo intact, the old approach can technically function within those boundaries. However, it does mean he has to use a very big stick to maintain his largest prison in the world. By ginning up the fear of a common enemy, his protection from the horrible “Others” becomes the carrot he can offer to his suffering people. They may not have freedom — or food — but at least their dear leader keeps them from suffering an even worse fate.

When leadership goes wrong, a lot of people get hurt. And when a leader is in over his head and desperate, fear fuels the chaos that often unsues. At least one expert agrees that Kim Jong-un may unintentionally start something he doesn’t want to see through to the finish:

Bruce Bechtol, an associate professor at Angelo State University in Texas and  a Korea scholar, said the North’s young leader lacks the experience, the skill  and the judgment of his father and grandfather. “That is what makes escalation more likely,” he said.

Pray for peace in and around North Korea. Pray that cooler heads will prevail. And pray for the oppressed people of the North Korean prison.

Watch this enaging video by Olive Tree Prictures and consider supporting this effort to show the world the reality of life in the Land of Kim:

Leave a comemnt below with your thoughts on Kim’s leadership style or his motivations for stirring up talk of war.

April 2, 2013
Why Some Families Almost Always Have Peaceful Car Rides
Next Post

April 4, 2013 Zip-Line Pastor Entrances and Skyfall Worship Music
Recent Comments
2 Comments | Leave a Comment
"what god? you're just making stuff up"
dftysrtysrty How to Be Truly Thankful this ..."
"I do like to read the very real experiences of people and human responses and ..."
calvin smit Why I’ve Stopped Singing in Your ..."
"Genesis 35:19-2 (Jacob/Israel set up the monument for Rachel long before the bondage, exodus, Law, ..."
lynlindberg Was Jesus Born Away in a ..."
"My question concerns Jose post from • 7 years agoWhat was the origin of the ..."
lynlindberg Was Jesus Born Away in a ..."
Browse Our Archives
get the latest from
Evangelical
Sign up for our newsletter
POPULAR AT PATHEOS Evangelical
1