What Does the Bible Teach about Drinking Alcohol?

What Does the Bible Teach about Drinking Alcohol? September 13, 2013 Bill Blankschaen

This is a guest post from my friend, Dr. P. Andrew Sandlin, President of the Center for Cultural Leadership. This post is a response to a friend of his who asked the question, “What does the Bible teach about drinking alcohol?” I thought there might be others who struggle with this question on their faith walk. You can purchase his latest book here: Christian Culture: An Introduction

Hello Andrew.  I know you’re not running an advice column, but I was hoping you could help me out anyway. I’ve been going to my church for 5 yrs now and I love it, but as I get closer with some of my fellow members I realize a lot of them drink alcohol.  They never get drunk but will have an occasional drink at dinner. This is completely new to me and how I was raised.  They have never even heard it was a sin. Where does the Bible stand on social drinking. My pastor does not drink, but I’ve never heard him preach completely against it. I’m afraid I might have been raised a legalistic. 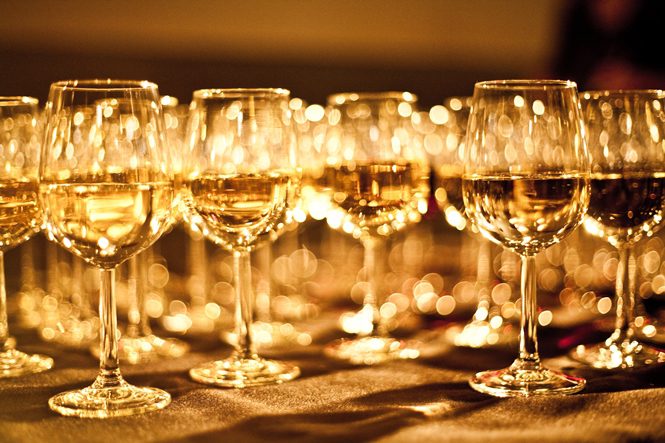 You pose a good question, and I’ll try to answer it simply and plainly from the Bible.

The Bible warns against drunkenness (what we today, in our compromise with sin, often call “alcohol dependency”) — Paul says this plainly in Ephesians 1:19 (see also 1 Peter. 4:3). A graphic picture of the tragic effects of drunkenness is found in Proverbs 3:29–35. Paul even warns that drunkards can’t enter the Lord’s kingdom (1 Cor. 6:10). This doesn’t mean they can’t become Christians (see v. 11a), or that they can’t fall into sin (1 Jn. 1:8–9), only that they can’t persist in their alcoholism and expect to enter heaven.

But the Bible doesn’t forbid drinking all alcohol under all conditions, and this is easy to prove. God allowed old covenant Israel to turn their rejoicing tithe into “strong drink” and consume it before him (Dt. 14:26). “Strong drink” here likely included the higher alcohol content akin to what we today call whiskey — not only lower-alcohol-content beer or wine.

In Leviticus 10:9 Moses warned Aaron and his sons not to drink wine or strong drink when they entered the tabernacle to do their service as priests. If God prohibited all alcohol consumption, these limited prohibitions would have been unnecessary. The same logic is true of pastors and deacons in the NT (1 Tim. 3:3, 8; Tit. 2:3).  Why would God limit drinking alcohol for church officers under certain conditions if he prohibited it for all people at all times? God’s reason seems to be that he doesn’t want his spiritual leaders impaired by alcohol’s effects as they serve in their office.

And then there’s Romans 14:21. Paul has been arguing that he’s willing to surrender certain permissible actions if they truly cause a brother or sister to stumble in the Faith. He includes drinking wine in this class. Obviously, if God prohibited wine, he wouldn’t need to say this. Some people say that wine is equivalent to grape juice, but this doesn’t make sense. Why would anybody object to drinking grape juice? And the fact is that grape juice as a separate beverage wasn’t available in the ancient world. They didn’t have the refrigeration techniques we do today to keep it from fermenting. It’s true that people could drink the juice of immediately squeezed grapes, but that juice didn’t last long as unfermented!

Christians sometimes believe that Jesus made (and drank) grape juice, not fermented wine, but this runs contrary both to the text and to common sense and history (Jn. 2:1–10). When the house ruler commented that the wine Jesus made was uncharacteristically better than the wine first served, he had to mean fermented wine. We don’t comment on the quality of grape juice in that way. We can easily compare and contrast the quality of wines but not that of grape juices. And, as I said above, there was no way to serve large portions of unfermented wine at a wedding anyway.

In Matthew 11:19, Jesus contrasts his ministry with that of John the Baptist. He points out that the Pharisees attacked John for being too strict and they attacked him for being too lenient! The Pharisees claimed Jesus was a glutton and a winebibber. These charges were false (and blasphemous), but Jesus admits that, unlike John, he did enjoy good food and wine. He obviously means alcoholic wine, or the Pharisees’ comments wouldn’t have had any meaning at all.

Was There Fermented Wine at Communion?

In 1 Corinthians 11:21 Paul rebukes the church for sins at the Lord’s Table. One of them is that some members were getting drunk. Obviously they were using fermented wine during communion. It’s true that in those days, the Lord’s Supper was a part of larger meal, and not a separate event, but this underscores the fact that early Christians consumed fermented beverages. Paul didn’t rebuke them for consuming alcoholic wine, only for getting drunk and otherwise not caring for their brothers and sisters.

There are many activities we engage in today that the Bible would consider at best questionable, but alcohol isn’t one of them. Christians in the Bible (and Jesus himself) did drink alcohol in moderation, and the Bible never rebuked them for it.

Does This Mean That All Christians May Drink?

This doesn’t mean that all Christians should drink alcohol. If a Christian can’t drink alcohol in moderation, he should never drink it (1 Cor. 6:12). This is often true in the case of those who were previously drunkards. And as I said above, if drinking will truly wound a weaker Christian (that is, one who doesn’t understand that the Bible permits alcohol, and will be led to drink it and thereby sin against his conscience), then we shouldn’t drink (Rom. 14:14–23).

But this only means that drinking is wrong in some cases, not all cases.

You mention legalism.  It’s true that Christians can impose standards the Bible doesn’t impose and in doing this they undermine the Bible (Mk. 7:5–9). But in specific cases they can also act with blatant disregard for their brothers and sisters by drinking (Rom. 14). This is a sin also.

We live in an alcohol- (and drug-) obsessed culture, so it’s understandable why Christians would not want to allow drinking. But we have to be guided by the Bible, not by our culture.

I hope this helps.

Do you agree with his take on whether or not Christians should drink alcohol? Leave a comment below or share with someone you know who might have the same question.

Have you subscribed to our email updates? Click here to sign up to get free FaithWalkers posts in your inbox each week. 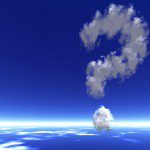 September 11, 2013
How Is Your Relationship with God?
Next Post 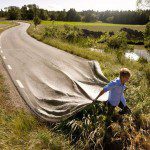 September 18, 2013 Stuart McAllister: 3 Steps to Resist the Worship of Self
Recent Comments
4 Comments | Leave a Comment
Browse Our Archives
get the latest from
Evangelical
Sign up for our newsletter
POPULAR AT PATHEOS Evangelical
1