We should have seen this coming. After all it was a Disney / Pixar film that captured the mantra of the secular Progressives: “We scare because we care.”

Just as we describe in You Will Be Made to Care, Disney has joined the NFL and other compassionate bullies to try to shut down even stripped-down religious freedom protection in Georgia under the auspices of opposing discrimination. They are threatening to take their Marvel movie-making magic somewhere else if Georgia passes HB 757 to protect religious freedom.

For the record, they had been filming in Ohio for Captain America films previously before moving operations to Georgia. And yet Ohio, under the cowardice of John Kasich, refused to consider religious freedom protection. The governor who famously told Christians to “just bake the cupcakes” said such protection wasn’t necessary in Ohio.

And yet Marvel left the state anyways. Why? Because at the end of the day, it’s all about making money for shareholders. And if they can do that in Georgia, they will.

The number of people falling for the outright lies is staggering. Senator Isakson (R-GA) even said that he thought such issues should be handled at the federal level. Unreal.  Clearly he has not read You Will Be Made to Care or his recent history for that matter. Had he done so, he would know that the whole reason we need state-level RFRA laws is that the federal RFRA law (signed by President Clinton more than 20 years ago) was ruled by the courts as only applicable to federal cases, not state or local ones.

Now more than 32 states have passed some variation of the federal law or have court rulings in place in order to provide the same basic protections to religious freedom. Via the Washington Post n 2014:

How many states already provide heightened protection for the exercise of religion? The answer? Thirty-one, 18 of which passed state laws based on the 1993 federal Religious Freedom Restoration Act. The protections in an additional 13 states came through court rulings.

Now 20 have done so with Indiana and Arkansas having passed similar bills (Indiana already had some level of court protections.). The corporate bullies protested against Indiana, too, and threatened to pull their money. Governor Pence and friends baled then, stripping the bill of its core protections and leaving Indiana citizens in worse shape than before. Arkansas passed its law and got on with life, without the world coming to an end. Wal-Mart is still doing business there.

And we still have absolutely no cases in which these laws have been used to justify unlawful discrimination.

Erick Erickson has summarized the main points of the GA HB 757 compromise legislation:

What does Georgia’s law do?

In other words, it provides narrow protection for only a handful of Georgians while strictly forbidding any unlawful discrimination.

It’s like offering an umbrella to survivors of the Titanic stranded on an iceberg in the middle of a hurricane as they drift toward the equator.

It’s not much, but at least it’s something.

Yet Disney, the NFL, and other corporate interests want to rip that little protection away.

Dare I say it? (Parents prepare to cringe….) Disney is telling all people of faith in Georgia to simply, “Let it go, let it go….”

First, full disclosure: I am a Disney annual pass holder and have been at many times over the years. I’ve spent about 200 days on property at Walt Disney World. So yes, I am fan of Disney, in general. I am not turning their own tactics on them and calling for a Disney boycott.

Yet Florida is one the states that has tougher RFRA laws than Georgia is proposing. Disney does business there without a problem. If they were to be consistent, they should shutter their parks now. They are even digging a significant financial hole trying to build a new park in communist China.

The NFL likewise has no problem hosting Super Bowls in Louisiana, Florida, and Texas which also have tougher RFRA law than Georgia is proposing. They have no problem making gobs of cash by having their teams play in the USA which has stronger RFRA protection at the federal level than HB 757 is proposing. They’re even talking about having a game in communist China in 2018. (What is it with these corporate overlords and this fascination with China?)

The truth is, the corporate Leftists see an opportunity to leverage their alleged influence to advance the Left’s agenda. They sense weakness in Governor Deal–a correct diagnosis, it would seem– and are trying to move the goalposts on this issue.

If they can succeed in defeating even this stripped down religious freedom protection, they can then compare all future efforts to this “horribly discriminatory ” Georgia bill. They will wail about how the new efforts even go beyond that “horribly discriminatory” Georgia bill that was simply the worst. It will become the new standard by which all other potential protections get measured.

There is another angle here for the Left, as well.

Having fallen short legally thus far, the Left is trying to create the perception of a legally protected class for those who participate in same-sex ceremonies. (They are not, and never will be, marriages.) They want the protection of the 14th Amendment applied to them so their interests can trump your 1st Amendment rights. The Supreme Court silliness in Obergefell stopped just short of giving it to them.

But if they can create the public perception that they have those protections, the chilling effect will be the same. 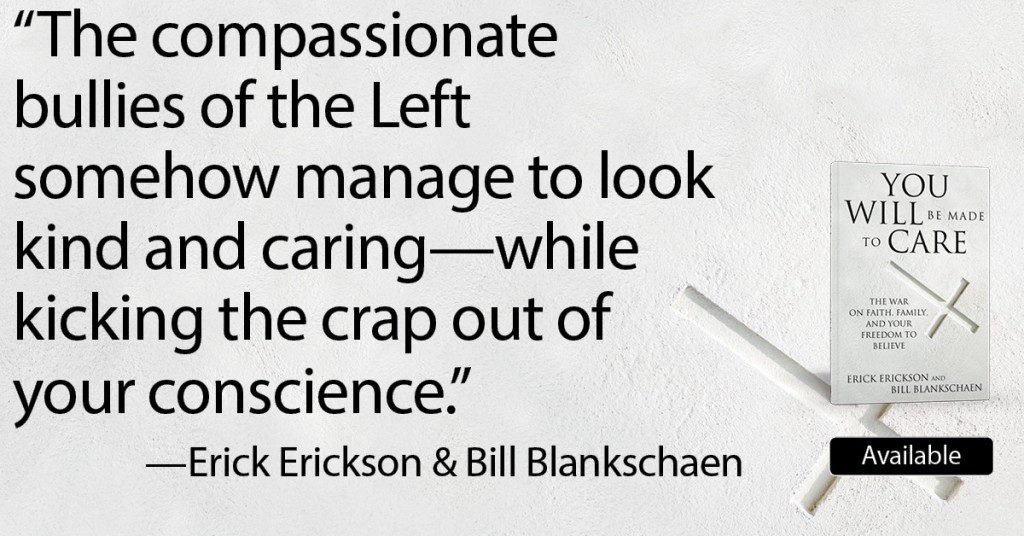 A Closer Look at the Legislation

Addressing the timing of the bill, state senator Greg Kirk told the New York Times. “When the Supreme Court changed the definition of marriage, dynamics changed. There was a need for a law, for this law, and it took Georgia to lead the way of the country to put this law together.”

He’s right. Obergefell forced us to act to protect the the rights of all people of faith—Christian, Muslim, Jewish, Buddhist–you name it. Because now we are being pressured by the government to endorse or support behavior we believe to be morally wrong.

The legislators made sure to explain specifically who would be protected by this bill. They did not, as some opponents claim, open a door for any person to deny service to anyone they don’t agree with. The bill applies only to faith-based organizations: pastors, priests, churches, religious schools, or mission agencies.

Civil lawsuits aren’t even protected against here. The only place where the bill prohibits a civil lawsuit is in the situation of an employee or someone refused employment suing the religious organization for acting on their clearly articulated tenants or beliefs.

The click-bait articles make the legislators out to be anti-gay witch hunters who created this document simply to excuse their own prejudices and phobias. However, far from being a blazing, anti-gay rant, the Bill 575 concerns the government and religious organization. Not one instance of “gay,” “lesbian,” or “sexual orientation” occurs in the document.

This narrow focus actually leaves most of Georgia’s citizens unprotected under the legislation. And that should concern all of us left outside the umbrella.

This iceberg is shrinking. We can all huddle together for warmth, but it won’t be enough as the cultural waters get hotter.

Yes, it seems we will get wet on this ride.

But maybe that is where Disney would prefer people of faith to be—under the sea.

March 22, 2016
Republican Convention Rules: It Takes a Majority
Next Post 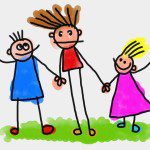 April 5, 2016 Preschooler Made to Care about LGBT Agenda in Colorado
Browse Our Archives
Related posts from FaithWalkers