You Will Be Made to Care: CA Barber Sued for Religious Beliefs on Gender

You Will Be Made to Care: CA Barber Sued for Religious Beliefs on Gender March 19, 2016 Bill Blankschaen

The cultural wildfire is spreading, just as we predicted in You Will Be Made to Care. First they came for the bakers, florists, pharmacists, adoption agencies and fire chiefs. Now they have come for the barbers.

Gender identity that is now being used to pressure a California barber to violate his conscience. 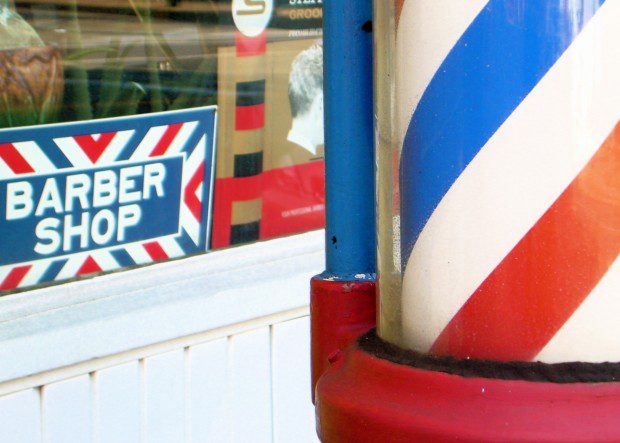 Richard Hernandez only cuts men’s hair. He interprets a passage from 1 Corinthians (pronounced First Corinthians, Donald) “if a woman has long hair, it is her glory” to mean that he cannot with a clear conscience detract from a woman’s God-given glory by cutting her hair.

I don’t agree with his application of the text, but there is a small group of sincere Christians who do. Not a large group, but a long-standing group.

When Richard Hernandez received Kendal Oliver’s online appointment request, he assumed that his client was a man. But when Oliver arrived, Hernandez quickly realized his mistake and declined to perform the haircut.

Why? Because Kendal Oliver is a woman who has decided to “identify” as a man.

Oliver’s response was that she finds Hernandez’s beliefs “hurtful and embarrassing.” I take it she does not mean that she is embarrassed for him but that she feels embarrassed by his refusal to go along with her science-denying charade.

And she should be. She needs help.

Oliver said, “I don’t think that’s how someone should be discriminated against, whether they identify as male or female or transgender,” Oliver explained. “A person is a person.”

A person is a person. Oh, really?

When Is a Person Not a Person?

What she is really saying is that your identity as a person has no connection with your physical body. It reflects a split-thinking that is diametrically opposed to the Christian belief that our physical bodies matter.

This split-thinking isn’t new. The gnostics preached it. Greek philosophers enjoined its glories. And the Left espouses it today when it fits their purposes.

In essence it is a theory of personhood that exalts one’s psychological identity  above one’s physical identity. My friend Nancy Pearcey, cultural apologist extraordinaire, portrays it like this in her book Saving Leonardo:

“Persons” have freedom and moral dignity

“You might say the human body has become almost a form of property that can be controlled or manipulated,” writes Pearcey. “That is, the body is no longer regarded as an integral part of the human person but as ‘sub-personal,’ functioning strictly on the level of biology and chemistry–almost like a possession that can be used to serve the self’s desires.”

Here’s how she describes the split-thinking applied more specifically to gender confusion:

“Gender has become an upper-story concept,” Pearcey writes, “undefinable, manipulable, completely detached from physical anatomy…. Personhood theory is a radically dualistic view of the human being that reduces the body to an exploitable commodity. And when that worldview is absorbed it has life and death consequences…. Its dehumanizing effect puts all of us at risk. When Christians argue for the truth of the biblical worldview, they are seeking to protect human rights and dignity for everyone across the board.”

I would add that we make the argument because we believe the whole person has intrinsic value–physical and spiritual.

At the core of the gospel is the reality that God (spiritual) became man (physical). Jesus is and always will be as the Council of Chalcedon states, “the same perfect in Godhead and also perfect in manhood; truly God and truly man….” Thus the physical is not and never can be inferior to the non-physical.

As we wrote in You Will Be Made to Care:

The Christian view of reality has always been radically opposed to this split thinking. Scriptures espouse a worldview that sounded heretical to the secular world of Jesus’s day–claiming that how we live our lives in the physical realm is just as important  to God as what we believe in the spiritual realm. When God, the infinite but personal Spirit, became a man in the person of Jesus, He forever validated the connection between the two realms.

I am, and for all eternity will be, a male.

Jesus is, and always will be, a male.

His gender and mine are forever part of our identity as persons. For me to say otherwise is to deny my faith.

The difference is that He chose his gender and mine. I cannot change my gender. It is a part of who I am and always will be no matter how I may manipulate my anatomy and physiology.

We won’t be floating, immaterial ghosts in heaven. Jesus has an eternal, physical body. So will we.

Matthew Block at First Things puts it this way:

And this dual-nature doesn’t cease when we leave this world, even if death may cause a temporary dissolution between body and soul. Ultimately, what has been divided will be reunited. That’s why we confess in the creeds that we believe in the resurrection of the dead.

Father Robert Barron on the Gnosticism of Transgender:

Notice how the mind or the will—the inner self—is casually identified as the “real me” whereas the body is presented as an antagonist which can and should be manipulated by the authentic self. The soul and the body are in a master/slave relationship, the former legitimately dominating and re-making the latter. This schema is, to a tee, gnostic—and just as repugnant to Biblical religion as it was nineteen hundred years ago. For Biblical people, the body can never be construed as a prison for the soul, nor as an object for the soul’s manipulation. Moreover, the mind or will is not the “true self” standing over and against the body; rather, the body, with its distinctive form, intelligibility, and finality, is an essential constituent of the true self.

Yes, a Person IS a Person

Changing your body chemistry and physical structure doesn’t change who you are as a person. And no one should be made to agree with a secular religion that denies reality to claim otherwise.

Because a person is a person. He or she is a union of both meta-physical (a soul, consciousness, etc) and physical (body, genetics, and biological makeup–including gender).

When someone insists on a new identity defined by their physical gender, they degrade the significance of their physical body. And yet they inadvertently affirm the essential role of the physical by insisting that they now be “identified” based on what they perceive to be their new physical reality.

Your authentic self includes your biological and genetic makeup–and it always will.  Authentic means being who you are in totality, having a healthy holistic understanding of your personhood, not a split person you conjure up only in your mind.

Playing along with someone’s transgendered fantasy doesn’t make it reality; it only positions people to be deeply disappointed when they encounter reality.

That would explain the horrifically high suicide rate among transgendered people: 41% (!) have attempted suicide, compared to only 4.6% of the rest of the population. [See the You Will Be Made to Care chapter “Redefining Gender.”]

I agree with Oliver that the definition of a person is at the heart of this issue of gender identity. But not in a way she thinks.

The question is this: Will this barber in California be forced to embrace this split-thinking that degrades and destroys physical reality. Will newly imagined 14th Amendment rights trump the First Amendment rights of Hernandez?

Despite the fact that it is illegal in California to discriminate based on gender, gender identity or gender expression, Hernandez feels the law is on his side.

“I value the Constitution we have in this country and I hope it upholds for me as well as others,” he explained. [emphasis  mine]

But hope is not a strategy, especially not in the the Leftist social laboratory of California.

And right on cue, the lawsuit arrives.

Yes, even the barbers must be made to care. 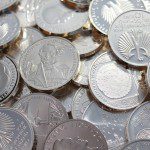 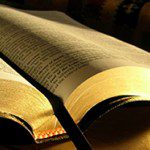 March 21, 2016 [Audio] How Pastors Can Preach about Religious Freedom
Browse Our Archives
get the latest from
Evangelical
Sign up for our newsletter
POPULAR AT PATHEOS Evangelical
1

Exposing a Misguided Teaching
Most errors circulating in the Christian world today can be found in...
view all Evangelical blogs
Copyright 2008-2021, Patheos. All rights reserved.