Why Don’t We Talk About Friendship More? 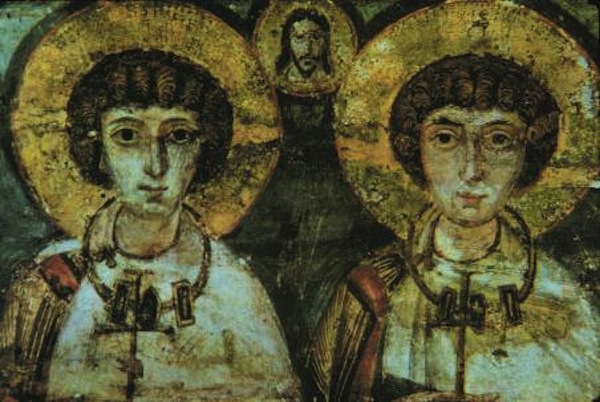 This weekend, I was blessed to have the opportunity to hear Wesley Hill, the author of Washed and Waiting, speak at Harvard on spiritual friendship and sexuality. One of the challenges he posed sprung from his reading of St. Aelred of Rievaulx’s reflection Spiritual Friendship. He noted, “there aren’t a lot of similar treatises [on friendship] that we could point to in today’s church. Why is that? Could we be part of rewriting them ourselves? Could we be part of living into them ourselves and recovering them? Taking a book like that and dusting it off the shelf and enlivening it with our own practice in the church today?”

Friendship often is given short shrift in our culture. As every child knows, the Disney movie ends with the princess marrying her prince charming and not by her forming a lifelong platonic friendship. Where marriage is so significant it demands a wedding ceremony more expensive than a car, friendship is mundane, meriting less deliberate investment and certainly no formal declarations of mutual love and admiration. You could buy a library’s worth of self-help books about cultivating a better marriage, but there is little formal thought devoted to becoming a better friend or what friendship ought to look like.

It hasn’t always been this way. Plato, Aristotle, and Cicero authored works on friendship. In the Eastern Orthodox tradition, there is a ceremony called adelphopoiesis, which is literally translated as “brother-making.” Norwegian, Chinese, and Native American cultures were known to have had ceremonies to honor blood brothers. It’s ironic that, among Christians, we’ve privileged marriage so much highly over friendship despite the fact that our founder Jesus Christ was a man who never married but did invest quite deliberately in 12 friends.

I suspect our neglect of friendship springs from the fact that marriage is the deep entanglement of two lives – declared holy matrimony – in which our deepest hope is that this will be the only person with whom we are so intimately intertwined for the rest of our lives. Friends are much more average; we anticipate having friendships grow and change over the course of our 70-odd years.

But friendship – while mundane in principle – can also be incredibly holy as it has the capacity to teach us what truly unconditional love (and not simply erotic love) can mean. We can more easily receive constructive criticism from those who have no vested romantic interest in us. We can sometimes confess far more to our dearest friends than we would ever consider confessing to our beloved. We can begin a process of personal growth and character-building by engaging more deeply with who Aristotle might call our friends of virtue, and we can show grace as we love those friends even when they engage in behavior that is less than virtuous.

Friendship, then, is both holy and mundane. So too is marriage— in some ways its the most mundane of holy things. After you finish the last bit of cake from the freezer and finish scrapbooking every last professionally staged perfect moment, you begin to engage in the difficult process of life together, sharing the challenging labor of caring for a home together and the Herculean task of child-rearing.

It strikes me that God has implanted in all things elements of both the sacred and the profane. One would expect as much from a holy God who condescends from the throne of heaven to dwell in a humble human babe, who offers us grace in the midst of suffering upon a bloody cross, who lived in a small country on the banks of the Mediterranean out of all the places in the entire universe of beautiful stars and solar systems that he could possibly inhabit. If these seemingly contradictory natures— a humble host and a holy deity—can be combined in the figure of Jesus, then there is hope to find something incredible even in the midst of a relationship we take for granted.

Friendship can be both common and holy.

[Image of adelphopoiesis from Wikipedia] 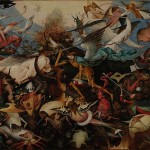 April 17, 2013
The Peace of Christ and Our Cosmic Battle
Next Post 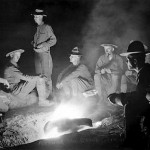 April 19, 2013 The Economic and Political Roots of Our Friendship Crisis
Recent Comments
5 Comments | Leave a Comment
"bla bla bla. old or not. still works.no, wait. metaphysical pluralism still rules"
Sandro Wisdom Vasconcellos What We Are: Mind, Body, and ..."
"Soul is not matter. It is beyond the physical realms, It is at quantum mechanics ..."
Sandro Wisdom Vasconcellos What We Are: Mind, Body, and ..."
"This is yet another article that derails discussion of spiritual abuse into other very important, ..."
istavnit Overemphasizing Spiritual Abuse?
"I'm very interested in the matter of secularization; do you have other book suggestions along ..."
Luke Breuer Reading Recommendation: The Secular Revolution
Browse Our Archives
Related posts from Fare Forward

Evangelical
That They May Be One
Fare Forward