If one were to construct a spectrum of contemporary filmmakers, ranging from the minimalist to the fantastic, one would find Baz Luhrmann and Terrence Malick on very opposite ends of the spectrum. Where the former is loud, explosive, and flashy, the other is introspective, discreet, and nuanced to a fault. And yet, the two movies they had in theaters this summer (The Great Gatsby and To the Wonder, respectively) revolve around the same dynamic tension. In some prior reverie, a man and a woman found themselves hopelessly, wondrously in love, and they now seek a return to that state. Both tell of a distinctly suburban sort of tragic love: without either the ties of community or of place, these romances involve primarily their participants and their emotions, unimpeded by tradition, faith, obligation, or even family. And yet the paths these stories take—and the morals they impart—are as far apart as their directors’ philosophies.

What do you do when you’ve been kicked out of the Garden of Eden? After all, isn’t that what Gatsby is ultimately about? Luhrmann’s prescription for America’s “Helplessness Blues” is the same as Gatsby’s antidote for his own lost labor of love: a journey back into the Edenic past (symbolized by the ubiquitous green light). Both Luhrmann and Gatsby know that the actual past is not up to snuff. Thus, they apply a layer of historical makeup—grand narratives, glittering sets, and faux-antiquity. (Compare Gatsby’s fictitious biography to the movie’s extensive tie-ins with historic luxury brands.)

Where the obsession Fitzgerald’s Gatsby has with the past comes across as deluded, even pathetic, in Luhrmann’s tale, the past is only a wink and a smile away. The film almost mocks Fitzgerald’s skepticism towards the American Dream (symbolized by Gatsby’s pursuit of Daisy); at one point, Gatsby chummily confides to the cam- era that of course one can relive the past, old sport. Luhrmann revels in his ability to immerse viewers in his creation, a fantasy akin to Gatsby’s elaborate ruse; even the malarial New York summer is glamorized by Luhrmann’s cool camera.

But what is the point of this aesthetic exercise? Luhrmann isn’t exactly kind to the source material, treating it more like a sample on a Jay-Z rap track than a lamppost to truth in art. The scriptwriters systematically excise Fitzgerald’s sneers at Gatsby, reframing him as a tragic Great Soul spurned by a fickle woman and blue-blood society. It seems as if, when the world (and the woman) fail to live up to Gatsby’s illusion, it is the world’s fault. Lurking beneath the shimmer of Luhrmann’s film is a moral rewiring of the story. In Luhrmann’s tale, Gatsby’s tragedy is that he never quite managed to get the girl, and not that the entire endeavor was vainglorious and impossible.

Now, the tension between these two interpretations is structural to the novel itself (after all, the book concludes with Carraway torn between the closure he yearns for and the endemic broken- ness Gatsby’s fable has revealed). But Luhrmann rewrites Fitzgerald’s masterpiece by concealing the central truth of Gatsby: that the Daisy presented to us is every bit as much a fiction as anything else in Gatsby’s life. She is not the innocent, smitten naïf Gatsby would have her be. By covering this over, by making Gatsby about the failure of reality and not the failure of hope, Luhrmann wittingly adopts Gatsby’s delusion. If only we stretch our horizons towards the distant past and utopic future, the sentiment goes, we will see that it is the glamour that is real, and our present-day troubles that are only illusions waiting to be dissolved by our hope and imagination. Luhrmann’s directorial philosophy thus embodies the schizophrenic personality of modernism. It is on one hand extraordinarily cynical: in the end, everything about Gatsby is designed to peddle tickets and goods and make its director a fortune. On the other hand, hidden beneath a protective veneer of cynicism is a sincere yearning for a narrative worthy of the human spirit. Discontented by our grey reality, we reach toward our mythic past and bright future. It is no accident that the filmmakers pushing the technological boundaries of cinema are also telling stories about dreams come to life and realities approaching heaven.

Where The Great Gatsby is over-polished and dazzling, To the Wonder is minimal and inscrutable, as if Malick were pursuing the theoretical limits of leaving film on the editing-room floor. And yet, for the patient and forgiving, To the Wonder is a rewarding meditation on divine love in a fallen world.

In many ways, the film is the spiritual sequel to Malick’s magnum opus, The Tree of Life. Where The Tree of Life lifts viewers into the heavens to glimpse the deep significance of human life through the eyes of a Creator who is constantly making Himself present in the world, To the Wondercasts us back down into the world of everyday failings, where God is noticeably absent. Marriages fail, dreams die, faiths erode, and loves fade. We have decidedly left the Garden. The story (such as it is) emerges from the dynamic tension between Neil’s (Ben Affleck) wavering romance with a Frenchwoman, Marina (Olga Kurylenko), and Father Quintana’s struggle to love his parishioners. Neil and Marina fall in love in France in a rush of beauty and passion, beautifully  filmed at Mont St. Michele (the titular wonder) by the masterful cinematographer Emmanuel Lubezki. Neil returns to his native Oklahoma; Marina follows with her young daughter Tatiana.

While Neil works on some sort of environmental project (fracking is implied), Marina and Tatiana grow increasingly uneasy and restless in their new life. After Marina returns home, Neil consoles himself with a new love,which he abandons when, though not because, Marina returns. Throughout, Father Quintana (Javier Bardem) struggles through a crisis of faith in his new parish, where Marina and Neil occasionally attend Mass. The two stories act together as a meditation on human and divine love, culminating in a transcendent, if unsatisfying, encounter in which Father Quintana’s pastoring of the couple opens them to deeper love.

To the Wonder’s quotidian story surrounds a rich mass of poetic detail, transforming the plot into a parable. While Father Quintana’s meditations on love, commitment, and forgiveness anchor the film’s purpose, Neil’s fragile romances—captured in Malick’s trademark expressive imagery—pro- vide the parable’s frame narrative. Intimacy, passion, sacrifice, affection, anger, and transgression play out in gestures and glances, forces of nature and human actions. To the Wonder is lush with didactic allusion. Neil’s work amongst those poisoned by pollution is juxtaposed with the ineffable unease Marina and Tatiana feel in their new world; suburban anomie is contrasted to the messy community of the Southern poor, and, most of all, Neil’s rocky relationships stand condemned before Quintana’s quiet service to his parish. To the Wonder is in many ways a visionary meditation on Ephesians 5:25: “Husbands, love your wives, even as Christ also loved the church, and gave himself for it.”

In many ways, Malick’s reflections embody the catholic nature of masterful art. Malick deals in neither one-off particulars nor universal ideals. Instead, he views his films as stories incarnating Truth, the particular transcending to the universal. In The Four Loves, C.S. Lewis describes lovers as enacting ageless roles, their nakedness the costumes of gods. Malick has something like that in mind here: Neil and Marina are Adam and Eve, enacting again the Original Sin, and all the unoriginal ones that followed. To the Wonder is the best movie about marriage that I have seen in a long time, and a surprisingly conservative one at that.

Most defenses of marriage against the dissolving effects of modernity have relied on argumentation. Malick makes no argument, instead showing what it is that lacks in modern romance. By the end of the movie, one recognizes the tension that Tatiana intuitively understands and that Marina unconsciously reacts against: without the firm commitment of marriage, Neil’s love is like a spring that runs dry, leaving an empty riverbed (an image Father Quintana evokes in yet another homily). Father Quintana, flawed and passionless as he is, lifts up all those around him—because he lives among them and has given his life for them. His love, even when he cannot feel it, comes from above and bears witness to Love Itself.

But like Christ’s parables, To the Wonder will only baffle those who do not have ears to hear and eyes to see. For those who have little exposure to Malick’s previous work, To the Wonder may seem bizarre or experimental. Even those who enthusiastically embrace Malick’s artistic project will find that this film pushes his oeuvre to its radical edge. The challenge is that Malick is using the same poetic language as The Tree of Life in a film more narratively complex. While it seems that the plot can be derived from the film, Malick demands much of his audience. To make sense of things, one must interpret gestures, glances, sounds, signs of nature, and more into a story. Like a waltzing gentleman, Malick masterfully leads viewers to understand the plot, but some will nonetheless stumble. Malick’s directorial choices are no pseudo-artistry. Rather, perhaps motivated by his study of Heidegger under Stanley Cavell, Malick is trying to train audiences weaned on Luhrmann and Michael Bay to pay careful attention to the wonder and significance of the everyday.

The disparity between Luhrmann’s lurid, hyperactive cinematography and Malick’s patient, almost reverent, style is not incidental to the meaning of their films. Luhrmann sees the world through Gatsby’s eyes, catching on the glamorous, the exotic, the coolly beautiful. Nothing is examined in close enough detail to chance revealing its unloveliness (or, where ugliness is expected, to accidentally uncover its glory). Luhrmann’s direction is like Gatsby’s love: superficial, sentimental, unrealistic, and ultimately inauthentic. In contrast, Malick’s film- making resembles Father Quintana’s love and Marina’s passion. It journeys alongside its subjects, viewing them in all of their complexity. It uncovers beauty and ugliness, sin and redemption. Kind but not boastful, it rejoices in the wonder of its world. Malick’s is the cinema of dwelling. This equivalence should perhaps not surprise us. Creation, both of a relationship and of a film, is an act of love, and the director cannot help but show us whether he loves the world in all its messy truth or merely embraces his own vision, his dreams of Eden. 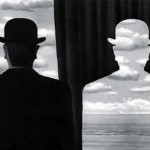 September 4, 2013
What We Are: Mind, Body, and the Dangers of Dualism
Next Post

September 6, 2013 The Economy of Desire
Recent Comments
1 Comment | Leave a Comment
Browse Our Archives
get the latest from
Evangelical
Sign up for our newsletter
POPULAR AT PATHEOS Evangelical
1

Evangelical
Like a Child
Fare Forward
TRENDING AT PATHEOS Evangelical