What We Are: Mind, Body, and the Dangers of Dualism 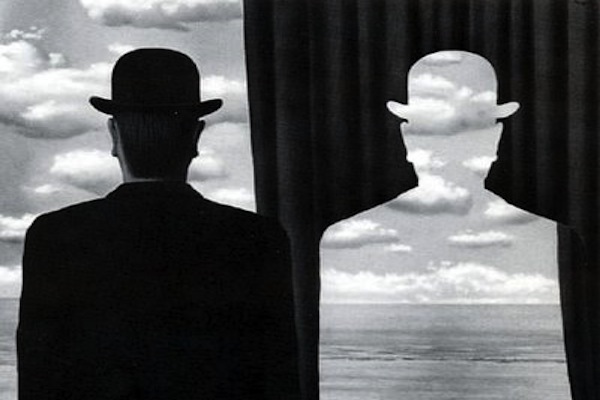 This is the first article from our summer issue. The whole issue will be released gradually over the next several weeks.

According to traditional Christian metaphysics, the human has a body and a soul. But these two things aren’t entirely separate substances, as if the soul was “located” in some part of the body and floats away out of the body like ectoplasma when an individual dies. Rather, the soul and the body form a substantial unity: a human being is both body and soul, and the two are entangled with each other. We are our body as much as our soul: our soul is, in fact, the form of our body, its animating principle.

According to the New Natural Lawyers, that group of Catholic intellectuals trying to construct a theory of natural law that avoids some of the metaphysical background of the traditional natural law thinkers, contemporary thought ignores our soul-body unity and divides the two against each other as competitive principles. Of course, much contemporary thought doesn’t believe in a soul as such; rather, it divides the body from the mind or the consciousness or whatever you call the “thinking/feeling/desiring” core of the individual. Under this philosophy, we are really our consciousness and our body is just a shell or container for our thinking/feeling/desiring self.

The New Natural Lawyers trace a lot of contemporary sexual, reproductive, and ethical preferences to the failure to understand that we really are our bodies. In some cases of euthanasia, for example, many intellectuals make a distinction between “personhood” and “human life.” A biological human has no rights as such; only a biological human with functioning cognitive faculties has rights. A person in a vegetative state or persistent coma—or a person whose cognitive faculties have decayed due to diseases like Alzheimer’s—can’t think. Therefore he or she has no rights, and therefore he or she can be euthanized. This position is only possible under the assumption that our bodies are not us, that we are only really ourselves in our conscious core. And the New Natural Lawyers provide lots of convincing reasons why this assumption is false.

The New Natural Lawyer’s attack on contemporary mind/body dualism is powerful, even if not everything the group has to say is as convincing. However, there are other thinkers who have applied this same basic analysis to other areas of life. Wendell Berry is one of the best thinkers working on this intellectual project. In his essay “The Body and the Earth,” Berry examines the cultural and economic consequences of the division contemporary society makes between the body and the soul. His words on the modern concept of an “identity crisis” are particularly compelling. Berry writes,

The so-called identity crisis, for instance, is a disease that seems to have become prevalent after the dis- connection of body and soul and the other piecemealings of the modern period. One’s “identity” is apparently the immaterial part of one’s being—also known as psyche, soul, spirit, self, mind, etc. The dividing of this principle the body and from any particular worldly locality would seem reason enough for a crisis. Treatment, it might be thought, would logically consist in the restoration of these connections: the lost identity would find itself by recognizing physical landmarks, by connecting itself responsibly to practical circumstances; it would learn to stay put in the body to which it belongs and in the place to which preference, or history, or accident has brought it.

The theme of this issue of Fare Forward is “dualisms,” and one belief that joins most of the pieces is that certain dualisms are both dangerous and false. Matthew Dugandzic traces how the embodied nature of human beings allows us to desire properly. Michael W. Hannon looks at what the doctrine of divine transcendence tells us about suffering. He notes that divine transcendence means that events don’t happen in the world either by the actions of God or by the actions of creatures. Rather, creatures and God cooperate in all actions: God causes human actions 100 percent, and humans cause human actions 100 percent. Neglect of this paradox leads us to offer false and misleading “comfort” to the suffering.

Berry shares this unease with many contemporary dualisms. Attacking them is, arguably, one of the central themes of his thought, and Fare Forward has always looked to Berry as an intellectual lodestar of faithful Christian engagement with modernity.

But this kind of criticism has its limits. Christian thought is much more complex than a simplistic anti-dualism would allow. Sometimes supposed opposites cannot be reconciled in an ultimate harmony. Also in this issue, Brandon McGinley dissects the political errors that arise when we conceive of politics as an enterprise worked out between only two poles of authority, the individual and the state. But the solution here is more divisions, not fewer. To borrow a term from international relations theory, McGinley advocates for a political landscape characterized by balanced multipolarity, as opposed to the individual-state bipolarity.

Moreover, certain hierarchies of spiritual and earthly values, of heaven and earth, of body and soul are necessary on the level of practice. In his article “Naturalizing Shalom: Confessions of a Kuyperian Secularist,” James K.A. Smith notes that American evangelicals have grown increasingly focused on enacting justice and spreading shalom (peace), but that this commitment can become dangerous when we don’t put God first. Smith writes,

In strange, often unintended ways, the pursuit of “justice,” shalom, and a “holistic” gospel can have its own secularizing effect. What begins as a Gospel-motivated concern for justice can turn into a naturalized fixation on justice in which God never appears. And when that happens, “justice” becomes something else altogether—an idol, a way to effectively naturalize the gospel, flattening it to a social amelioration project in which the particularity of Jesus as the revelation of God becomes strangely absent.

In our winter issue, Fare Forward published an article by Jordan Monge (“The Kingdom Cometh, So Where Are We Going?”) that advocated for a renewed understanding of the role the “new earth” will play in the afterlife. The implication of the fact that the earth will be taken up into the final act of redemption at the end of time, Jordan noted, is that we should care for the earth because it is and will be our home. As Smith puts it, a theology that sees God as interested in redeeming this world, instead of saving souls out of the world, is necessarily “this-worldly,” insofar as it encourages “participating in God’s renewal and redemption of this world.”

This is persuasive as far as it goes, but Smith provides a warning for those who delve deeply into this kind of theology. By becoming “this-worldly,” we can forget about heaven; we can easily become secularists who don’t give due deference to the spirit. Smith writes, “The holistic affirmation of the goodness of creation and the importance of ‘this-worldly’ justice is not a substitute for heaven, as if the holistic gospel was a sanctified way to learn to be a naturalist… Shalom is not biblical language for progressivist social amelioration. Shalom is a Christ-haunted call to long for kingdom come.”

And this has practical implications for the very project of stewardship and shalom-spreading. C.S. Lewis said it well: “If you read history you will find that the Christians who did most for the present world were precisely those who thought most of the next. It is since Christians have largely ceased to think of the other world that they have become so ineffective in this.”

Many modern dualisms are false, but dualisms as a whole are a complex subject and require a careful and nuanced treatment. We hope this issue can play a small part in kickstarting that conversation.

[Image of soul and body from here] 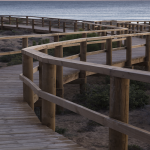 Evangelical
The Liberal Arts and the Call to Die
Fare Forward