The Language of Narrative and the Recovery of Metanarrative: Part Two

The Language of Narrative and the Recovery of Metanarrative: Part Two March 19, 2014 Juan Alcala

This, of course, is an ancient question.  Pilate’s response to Jesus doesn’t present us with an isolated instance of a doubtful mind, but rather it unearths the perennial condition of Man’s mind.  We are creatures capable of introducing doubt into any system of thought.  As a result, our late-modern culture may be accurately described as a culture that has embraced the idea that because everything can be doubted, nothing can be known.  This characterization of our culture began to take hold, as Milan Kundera reminds us, at the birth of the modern period: “In the absence of the Supreme Judge, the world suddenly appeared in its fearsome ambiguity; the single divine Truth decomposed into myriad relative truths parceled out by men.”

These “myriad relative truths” have taken the form of religion, science, philosophy, and other ideologies that are often apodictic in nature.  In other words, these ideologies claim for themselves a certitude that is frequently incongruent with reality.  And because of this incongruence, doubt is always a reasonable position.  These ideologies of certitude have erected the very doubt that they claim to demolish.

The language of narrative, however, offers a remedy to our culture of doubt in two ways:

1. The language of narrative points beyond itself by insisting that our narratives not be held to an expectation of certainty or of proof beyond doubt.  In other words, because the language of narrative directs us toward metanarrative, it is always an account of an admittedly elusive reality – elusive only until the metanarrative intrudes the affairs of Man – that doesn’t deceive itself into claiming more certainty than it ought.  Thus, by translating our religions and ideologies into narratives that give some sort of account for this elusive reality, we demolish the need for proof beyond doubt.

2. The language of narrative ensures that the ambiguities germane to human experience remain just as ambiguous while still providing accounts for how to understand them.  Kundera calls this the wisdom of uncertainty and sees this wisdom as the logic of the novel, a logic that he sees as contrary to the logic of religions and ideologies:

“They [religions and ideologies] can cope with the novel only by translating its language of relativity and ambiguity into their own apodictic and dogmatic discourse.  They require that someone be right: either Anna Karenina is the victim of a narrow-minded tyrant, or Karenin is the victim of an immoral woman; either K. is an innocent crushed by an unjust Court, or the Court represents divine justice and K. is guilty.”

What Kundera says next is somewhat troubling:

The first half of this statement is true.  Man does have, as Kundera says elsewhere, “an innate and irrepressible desire to judge before he understands.”  However, though we find it difficult to live with “the essential relativity of things human,” this does not necessarily mean that the problem is “an inability to look squarely at the absence of the Supreme Judge.”  One need not dethrone metanarrative in order to embrace the world in all its ambiguity.  The language of narrative ensures that both the ambiguity of human experience and the reality of metanarrative endure, and thus the doubt that emerges as a result of an apparent incongruence between these two realities is evaded

What do we do, then, with a question like, “What is truth?”

We must still ask it but take care on how we approach it.  We adopt the language of narrative because it projects us toward metanarrative while simultaneously depicting reality in all its ambiguity, and the embrace of metanarrative ensures that there be a force like Reason to guide us as we compare and contrast our narratives.

And we are fortunate that Blaise Pascal left us wisdom for understanding the role of Reason:

“Reason’s last step is the recognition that there are an infinite number of things which are beyond it.  It is merely feeble if it does not go as far as to realize that.  If natural things are beyond it, what are we to say about supernatural things?”

March 18, 2014
The Language of Narrative and the Recovery of Metanarrative: Part One
Next Post 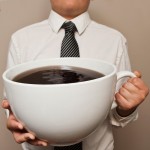 March 20, 2014 A Brief Theology of Coffee
Recent Comments
1 Comment | Leave a Comment
"bla bla bla. old or not. still works.no, wait. metaphysical pluralism still rules"
Sandro Wisdom Vasconcellos What We Are: Mind, Body, and ..."
"Soul is not matter. It is beyond the physical realms, It is at quantum mechanics ..."
Sandro Wisdom Vasconcellos What We Are: Mind, Body, and ..."
"This is yet another article that derails discussion of spiritual abuse into other very important, ..."
istavnit Overemphasizing Spiritual Abuse?
"I'm very interested in the matter of secularization; do you have other book suggestions along ..."
Luke Breuer Reading Recommendation: The Secular Revolution
Browse Our Archives
get the latest from
Evangelical
Sign up for our newsletter
POPULAR AT PATHEOS Evangelical
1