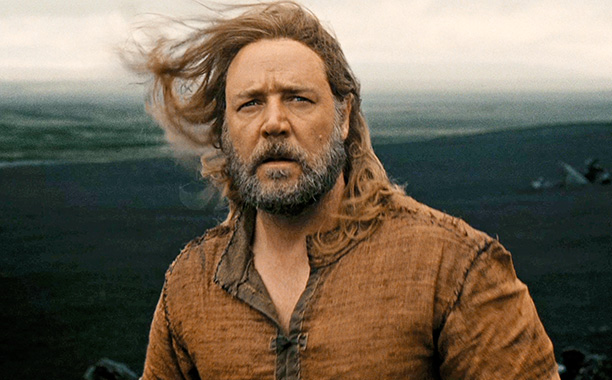 In the latest issue of Fare Forward, Andy Quinn argues that “meta-analysis,” our way of obsessing about the terms of a debate rather than the issues at stake, is ruining intellectual discourse (Issue 7, “Everyone’s a Critic”). I think the initial reactions to Darren Aronofsky’s Noah are a prime example. On one side, there is the predictable outrage from fundamentalists over the artistic license taken with the Bible story. On the other side, there is the equally predictable preening from progressives, who are so very grateful not to be fundamentalists. So rather than talking about the substance and meaning of the Noah story, either the Bible’s or Aronofsky’s, we get to rehash the same meta-debate about biblical literalism that plagues any discussion of the first few chapters of Genesis.

Setting aside this inevitable controversy, Noah is a provocative film that takes on its theological questions with a rare seriousness for Hollywood. That should make it worth the price of admission regardless of your views on the source material.

My take on Aronofsky’s approach is that—in contrast to the omniscient and retrospective perspective of Scripture—he wants us to see the Flood from an “on the ground” perspective. This necessarily involves taking the story “out of context” and stripping away our familiar glosses and interpretations. In this way, we enter the experience of characters from a time very different, but also very similar, to our own. In the Christian tradition, the Flood is one, early chapter in the vast revelation of a loving God’s will for humanity. But for Noah, the Flood is sudden catastrophe wrought by a long silent and little understood Creator.

Take away the benefit of hindsight, and the darkness in the Noah story becomes clear. We are dealing with people whose theology is limited to just two doctrines: the Creation and the Fall. God made the world, Humanity broke it, and no one knows what comes next. In a very real sense, the major conflicts of the movie are about this theological problem. On the one hand, we have the descendants of Seth who believe that in spite of the curse laid upon Adam, their role is still to act as caretakers for Creation. On the other, the descendants of Cain who believe that having been expelled from Eden, they have no responsibilities toward God. We also have Noah’s internal conflict: the film’s total arc is about Noah’s process of interpreting God’s plan, which is revealed to him only in fractured, surreal visions. If the Creator intends to restore the goodness of Creation by purging human evil, how can he and his family be spared if they too are infected with sin?

Too often biblical fiction devolves into a kind of pageantry, playing to the audience’s expectations and endowing the characters with a confidence totally out of place from their own perspective. Aronofsky’s Noah and his righteous confusion before a God beyond reckoning are a welcome alternative.

April 2, 2014 Like a Child
Recent Comments
0 | Leave a Comment
Browse Our Archives
get the latest from
Evangelical
Sign up for our newsletter
POPULAR AT PATHEOS Evangelical
1 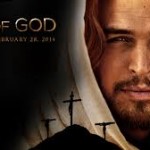