White Male Terrorism: Where is the ‘War’?

The U.S. Department of Justice has begun a hate crime investigation, since surviving witnesses relayed that the gunman said he wanted to kill black people, U.S. Attorney General Loretta Lynch announced. ABC News quoted Charleston Mayor Joe Riley: “The only reason someone would walk into a church and shoot people praying is hate.”

The gunman said he wanted to start a race war.

There are many unanswered questions that will be pieced together in the coming days. But I have to ask: Why does society tend to want to make excuses for angry, young white men with guns??

Why does our society automatically assume white male domestic terrorists must simply be mentally ill instead of racist murderers — as commentators are suggesting  —  brushing murders off as if the guy just couldn’t help it? On the other hand, why do we let the NRA bully us into not enforcing appropriate background and mental health checks in order to purchase fire arms?

A long line of mass murders (and attempts) have been perpetrated by young white guys with guns; in fact, 97% of school shooters have been male and 79% of those white and most upper-middle-class. But we tend to forget about it after the media coverage dies down, and don’t tag it as the systemic cultural problem it is, because large swaths of Americans refuse to consider white men with guns terrorists or dangerous social problems…we like to pin that on other races and religions.

I don’t need to remind anyone of the most infamous at Columbine, the Aurora movie theater, UVA, Sandy Hook, the Sikh temple in Oak Creek…on and on. After every incident we go back to focusing on what is wrong with Black communities, Muslim communities, anyone but young white middle-class males. It’s time to ask what we are teaching them, and why they are so violent, and what cultural milieu contributes to their heinous actions.

Many Americans are fed up and furious with the continued attacks upon and disregard for Black lives that has come more acutely into headline focus again recently. But the things we are doing to protest and push for justice must also include looking deeply into our white communities as white people — and convicting ourselves of the contagious sicknesses and social problems within.

The answer is not putting guns in churches…praying people and peace-abiding pastors aren’t going to hold loaded guns in case a racist terrorist runs in. That certainly wasn’t the M.O. of Jesus, who rebuked Peter for raising his sword and slicing the ear off one of the guards who came to capture him in Gethsemane. 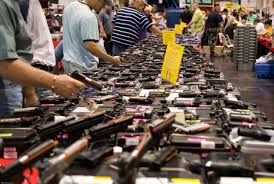 We must take the fight against racist symbols and mind-sets, skewed white educational and institutional systems, and myths about guns solving problems to the next level, and raise our voices especially as white allies, bringing the discussion and call to action to the surface particularly in our white communities where there is denial and ignorance.

As President Obama said in his remarks about the shooting, we must be concerned about (all elements of) the way of life that contributes to such violence. These types of domestic gun massacres don’t happen in other comparable countries. He reminded us that Mother Emanuel’s congregations’ Christian faith compelled them to reach out to all in need, that they opened their doors to strangers in search of healing and redemption.

Hate took advantage of love, as it often does, but we get to decide whether love ultimately wins. I hope every church – especially predominately white churches — will be talking about this tragedy Sunday. White Christian communities need to be the first to open our doors and hearts and minds to this conversation; and be the first to own up, speak up, and step up for peace, reconciliation, conviction and change.

May 31, 2015
Burying the Dead, Resurrecting Our Lives
Next Post