In 1514, a young Michelangelo worked hard to sculpt his version of Christ the Redeemer. When close to finished, the statue was ruined when he discovered a dark vein running throughout the marble. I think if he had sculpted this later in life, he might have seen the dark vein as an unexpected dimension adding to the statue, not ruining it.

When first learning woodblock carving, I spent weeks carving the reflection of moonlight in a lake. When close to finishing the board, I slipped and chipped off a length in the middle of the scene. I was devastated and thought I’d ruined months of work. My gifted teacher, Mary Brodbeck, kindly put her hand on my shoulder and softly said, “Welcome to woodblock carving.” I couldn’t help but laugh.

She then said, “Let’s do a rubbing of the board and see what it wants to be.” With a quiet wonder, she looked at the rubbing and led me into a deeper relationship with the carving, saying, “Remember, where you chipped the board will hold no ink and print as white. So, let’s see what other spots in the lake want to be white.”

And so, the mistake and ruination of the board became the threshold for bringing the reflection of the moon in the lake to greater life in the print.

My wife, Susan, is a potter. For years, she has participated in Anagama wood-firing, a semiannual, communal process in which fifteen to eighteen potters take shifts raising the temperature of the kiln to 2500 degrees over five days. Then, after a week of cooling, they open the kiln like a tomb to see what the fire has done to their work. Sometimes, the extreme heat will ruin a piece. But more often, the molten ash has scarred and beautified the pots in the most unexpected ways. Sometimes, a platter will be warped or peeled, extending the potter’s design beyond what they could have foreseen. Or a vessel will have a crack in it that makes it seem ancient and eternal. The fire has the last word and the end of all this collective work is to discover and accept what the fire says.

Beyond our most earnest intent, our creative efforts allow us to meet and co-create with life, not bend life to our design. When finally accepting that we relate to material rather than manipulate it, we discover what we create and are changed by the discovery.

In the late 1850s, the sculptor Auguste Rodin started out by renting his first studio, which was a converted horse stable. The young artist couldn’t afford to hire models and so paid an elderly handyman, Bibi, to pose, despite his broken nose and weathered face. Over eighteen months, Rodin sculpted the handyman’s head, compelled to render the truth of his face rather than turning it into an idealized portrait, which was the trend of his day.

The resulting bust, Man with the Broken Nose, was Rodin’s first statue of note. The legendary poet Rainer Maria Rilke later wrote about the statue, “There are a thousand voices of torment in this face… It does not plead to the world; it carries its justice within itself, [and] holds the [reconciliation] of all its contradictions.”

During the coming winter, the back of the statue’s head froze and cracked off, shattering on the floor. While distraught and disappointed, Rodin stared at the broken bust and began to see a greater truth in what was left. And so, in 1864, Rodin submitted what remained as a mask to the Paris Salon. It was rejected. But Rodin’s experience with Bibi and the shattered bust awakened him to the power of truth over beauty.

Later, Rodin said, “The mask determined all my future work. It was the first good piece of modeling I ever did.” Following what happens over what is intended and working with what-is led Rodin to conclude, “There is nothing ugly in art except that which is without character.”

In the expressive journey, regardless of its form, we create more to discover less. In our passion, we create in excess, time and again, so that experience and the deeper elements can break, split, and burn off what is unnecessary, leaving us with only what matters. I don’t think I would have discovered the moon’s reflection in the woodblock had I not imagined more than what was needed and chipped off that length in the middle of it. I don’t think potters would discover the unexpected beauty and warp of their pots without offering their expansive wares to be further molded by the fire. Like Rodin, we are drawn to create all we can, only to stare into the broken pieces until we can see a greater truth emanating in what is left.

A Question to Walk With: In 1555, Michelangelo dreamt of a staircase that he wanted to add to the Laurentian Library in Florence, which he designed but never completed. After he died, others built it. But where did that staircase lead in his dream? Imagine your own mythic staircase. In your journal, describe it and write a story in which you climb that staircase and, despite the obstacles you encounter, you discover where it leads you. 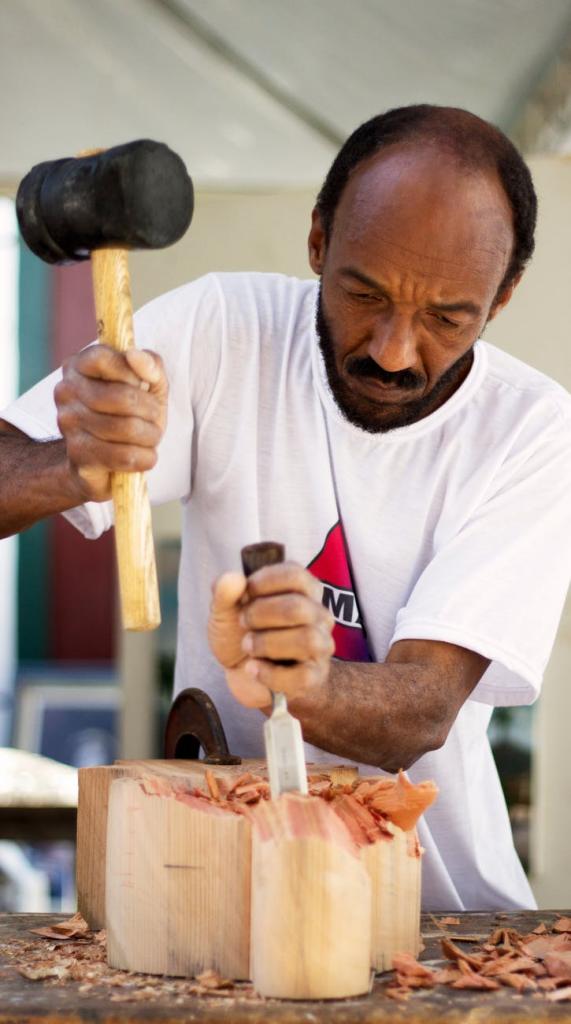 December 23, 2019 The Necessary Art
Recent Comments
0 | Leave a Comment
"The crises such as Ebola, SARS, and now, COVID 19, bring out the very best ..."
Judgeforyourself37 Where All Souls Meet
"Dr. Nepo, we entrained on the aspect of courage to be calm yet vigilant. Thank ..."
Alina Wręczycki, PhD The Anthem of Our Day
"As someone about to turn 70, I find this imagery inspiring, comforting, and empowering."
Elizabeth H. Cottrell Stewards of Light
"MARK NEPO salutations to the Divinity within you, great topic and expression of it. I ..."
John Kuykendall The Purpose of Will
Browse Our Archives
get the latest from
Field Notes on Living
Sign up for our newsletter
POPULAR AT PATHEOS New Visions
1

Why "All Lives Matter" Isn't About...
Companions on the Journey
Related posts from Field Notes on Living