Comment: Passion ‘softened’, and John comes to the screen 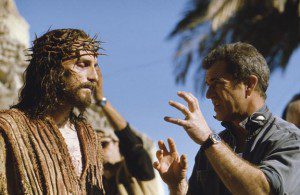 IS MEL Gibson yielding to criticism over his death-of-Christ movie The Passion? In some ways, it seems he might be.

Earlier this year, Gibson told reporters Holly McClure and Raymond Arroyo in on-the-set interviews that his film made significant use of the visions of Sister Anne Catherine Emmerich, a 19th-century stigmatic nun. He even cited his seemingly accidental discovery of The Dolorous Passion of Our Lord Jesus Christ, a published record of her visions, as a sign that he had been specially called to make his film.

But after Jewish and Catholic scholars expressed concern over the allegedly anti-Semitic contents of Emmerich’s visions, Paul Lauer, the director of marketing for Gibson’s production company, denied that Gibson had based his film on them.

Lauer also told the New York Times there was “no way on God’s green earth” that Gibson would invite any of the film’s critics to the invitation-only screenings of a rough cut of his film that he was conducting around the country. But then, just a week later, one of those critics — Rabbi Eugene Korn of the Anti-Defamation League — was allowed to see the film at a screening in Houston. (“We still have grave concerns,” said Korn.)

Lauer later told the Religion News Service that Gibson has “softened the story” and edited his film to place a greater emphasis on Jews who are more “sympathetic” to Jesus. Pointing to Matthew 27:25, in which a Jewish mob says Jesus’ blood will be “on us and on our children,” Lauer said, “That’s in the Gospel. It’s not in our film.”

For my part, until I see the film when it comes out next year, I am quite willing to believe that the cry of anti-Semitism amounts to little more than oversensitivity on the part of people whose job it is to be very sensitive. What does concern me, though, is the thing that Gibson keeps pitching as the film’s main selling point: its graphic violence.

As evangelical broadcaster Michael Coren noted in the National Post, the medieval church was “obsessed with gore” and even had “a virtual blood cult within it,” and elements of that persist today.

The depiction of violence for its own sake has become all too common in modern cinema, even in films that purport to take it more seriously, and I would say this is especially evident throughout Gibson’s career. I hope he will be able to take his audience beyond the physical torment to some deeper spiritual place. But we’ll just have to wait and see.

While Gibson’s celluloid passion play dominates the headlines, another movie based on the life of Christ has been quietly added to the schedule of this month’s Toronto International Film Festival.

The Gospel of John is the first film to be produced under the banner of ‘The Visual Bible’ in almost a decade.

Remember them? Launched nearly a decade ago with straight-to-video adaptations of Matthew and Acts, the Visual Bible was the series that stayed so true to the text that characters paused in the middle of their lines just so the narrator could say, “He asked,” or, “She said.”

The franchise is under new management now, and the text of choice is no longer the New International Version but the Good News Bible; what’s more, the new film has been shot in Ontario and Spain, not South Africa.

In addition to the narration of Christopher Plummer (who is no stranger to Bible movies, having played Herod Antipas in Zeffirelli’s Jesus of Nazareth), The Gospel of John stars Henry Ian Cusick as Jesus and is directed by Philip Saville, both of whom have worked almost exclusively in television; however, it is slated for a September 26 theatrical release.

Given that some people have been quick to criticize John for the way he depicts the Jews — remember the controversy a few years ago when, in an article on Bach’s St. John Passion, the National Post’s music critic called his gospel a “nasty piece of work”? — it will be interesting to see whether a faithful adaptation of this gospel will get the sort of unwanted attention that Gibson’s film has been getting.

Oh, and note to the producers: If you’re really serious about filming the entire Bible, perhaps you could include John’s epistles on the DVD as bonus features. They’re a little too short to be released on their own.

October 15, 2003Star Trek V: The Final Frontier: the two-disc DVD
Recent Comments
0 | Leave a Comment
"What a strange article. Using movies as your basis to defend that Lazarus was murdered ..."
Mark Ross DeFazio The death, resurrection, and second death ..."
"Another with Ethiopian eunuch and Philip https://archive.org/details..."
Jason McKahan Watch: Philip is the original vanishing ..."
"I found Hanky Panky a pretty cool 80s movie when I first saw it on ..."
UniblabBR Sidney Poitier marathon: Hanky Panky (1982) ..."
"In 1972, yes. The movie was made in 1956 but the ratings system didn't exist ..."
Peter T Chattaway One of the reasons I do ..."
Browse Our Archives
get the latest from
FilmChat
Sign up for our newsletter
POPULAR AT PATHEOS Entertainment
1