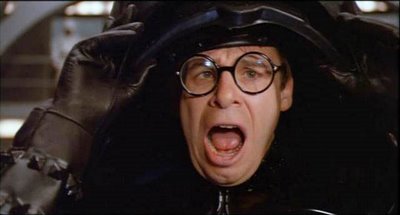 Variety reports that Mel Brooks is turning his sci-fi spoof Spaceballs (1987) into an animated series for MGM TV. The film came out only four years after the original Star Wars trilogy came to an end, when the franchise was still semi-fresh — Return of the Jedi had come out on video only the year before (this was back in the days when it sometimes took films a few years, not a few months, to make the transition from theatres to video stores) — but I’m not quite sure what the appeal would be nowadays. Then again, the new series is scheduled to premiere next year, which will also be the 30th anniversary of the original Star Wars.