The Nativity Story — will it sell tickets? 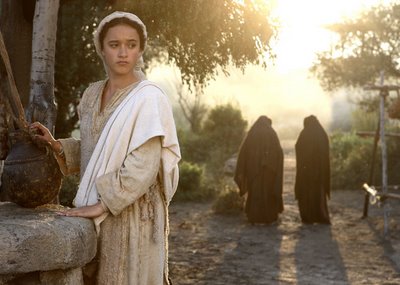 Anyone wanna hazard any guesses about The Nativity Story‘s box-office chances this weekend? I’m bad at making predictions of this sort — and even the “experts” who usually do so seem to be refraining from their prognostications this week — but I like number-crunching, so I just posted some thoughts on this here.

As for the other competitors, if the last nine years are any indication, Happy Feet and Casino Royale, the current reigning champs, will drop to somewhere between $14 million and $18 million in this, the first weekend after the American Thanksgiving.

The question is, will The Nativity Story do any better?

Only three new releases in the past quarter-century have grossed more than $13 million in the week after Thanksgiving. Two — Behind Enemy Lines (2001; $18.7 million) and The Last Samurai (2003; $24.3 million) — were post-9/11 movies about cynical American soldiers who discover a new purpose in life after spending time in a foreign culture. The third was Star Trek VI: The Undiscovered Country (1991; $18.2 million; my comments).

Obviously, The Nativity Story doesn’t exactly fit those molds. So if it were just a regular movie, I would expect it to do somewhere in the mid-teens. But … it’s got a seasonal “relevance” that no other film released in this timeframe has had in years … and of course it has a particular appeal to the audience that made The Passion of the Christ (2004) such a record-breaking hit … so who knows?