No double dipping for The Nativity Story? 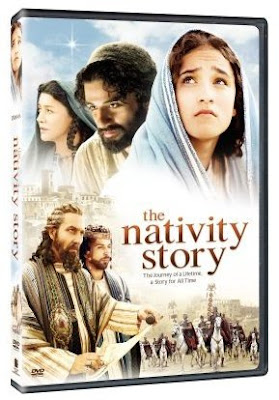 Sad news for Bible-movie buffs. When The Nativity Story came out on DVD nine months ago, there was talk of a special two-disc edition coming out in time for Christmas. But Christmas is only a few days away, now, and I have heard nothing about any re-issue plans for this film. So I did a bit of asking around, and heard today that such plans have been called off. That’s a shame, especially since the existing DVD is so bare-bones that it doesn’t even include the videos that used to be available on the movie’s official websites.

December 21, 2007
The White Witch returns in Prince Caspian
Next Post

December 22, 2007 In what sense is Year One a "biblical" comedy?
Recent Comments
0 | Leave a Comment
"Gentlepersons:While I am a lifelong Christ-follower and served as Chaplain to a graduate program in ..."
Darrell A. Harris Exclusive: Patrick and Paul Aiello on ..."
"I know this is from 5 years ago, but I just got around to seeing ..."
digital bookworm Exclusive: Watch the trailer for Becoming ..."
"Thanks so much for making this list. I was thinking of doing something similar, but ..."
Bill Kudrle The Chosen — season one scripture ..."
"Per Wikipedia: "In classical rhetoric and logic, begging the question or assuming the conclusion is ..."
Peter T Chattaway Review: The Most Reluctant Convert: The ..."
Browse Our Archives
Related posts from FilmChat