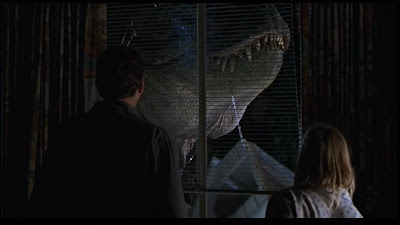 Jake Coyle of the Associated Press has written an open letter to Hollywood directors, producers and screenwriters, begging them to “spare the puppy dogs.” I can’t say I agree with him; if anything, I have been enjoying the various canine deaths that have graced the big screen in the past few months.

I have nothing against dogs in real life. Dogs are part of my extended family and, once my children are old enough to know what to do with them, dogs will probably be part of my immediate family, too. But in the movies, dogs have traditionally been given far, far more respect than they deserve; like national flags, they have been waved by movie after movie as a cheap attempt to win our sympathies and push our emotional buttons.

Admittedly, my attitude towards Hollywood dogs was forged during the great Disaster Movie Revival of 1996 and 1997, which happened to coincide with that period in my life when I made the transition from student-newspaper editor to full-time freelance writer. In movies like Twister, Independence Day, Daylight and Dante’s Peak, key characters had dogs who found themselves in moments of peril before leaping to freedom, preferably on the edge of a fireball; the humans might have died, but the dogs always lived. Volcano and Speed 2: Cruise Control threw in gratuitous scenes of imperilled dogs who had nothing to do with any of the characters; they were little more than set dressing that barked as the creeping lava or crashing boats got too close to them. Even A Time to Kill, which was neither an action movie nor a disaster movie, gave in to the deathless-dog impulse; in John Grisham’s original novel, the dog is killed when an arsonist destroys the main character’s house, but in the movie, the dog lives. Oh, does it live.

In the midst of all this relentless cynophilia, one filmmaker had the courage to do something different. I refer, of course, to Steven Spielberg, who, in The Lost World: Jurassic Park (pictured above), included a scene in which a cushy suburban family looks out a bedroom window and sees their doghouse dangling by its chain from the toothy jaw of a Tyrannosaurus Rex. Whatever deficiencies that film had — and there were many, no doubt — I will always, and forever, love it for that. It was easily one of the best laughs I had that year.

Of course, dogs do die in films sometimes, especially when the filmmakers are trying to show how serious they can be. Josh Brolin played a bad guy in American Gangster and killed a dog to show how nasty he was; and he played a good guy in No Country for Old Men and killed a dog because, well, that’s just how high the stakes were, and anyway, no one was safe in that movie. And then there is a certain other film that came out recently — the film which prompted Coyle to write his open letter, and which I will not name here for spoiler reasons.

But the recent rash of canine deaths still seems pretty anomalous, to me. Last week, I caught a horror film in which something gratuitously nasty happens to a cat in one of the very first scenes. Everyone in the theatre laughed, and, rightly or wrongly, I couldn’t resist turning to a colleague and saying, “I dare them to do that to a dog!”

Sep 12 2012 update: I just discovered that the relevant clip from The Lost World: Jurassic Park is now on YouTube. Enjoy: