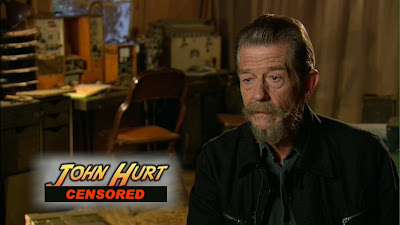 For months, there has been speculation that John Hurt may be playing Abner Ravenwood, the father of Indy’s erstwhile girlfriend Marion Ravenwood, in Indiana Jones and the Kingdom of the Crystal Skull, which comes to theatres next week Thursday. The filmmakers, on the other hand, have been keeping his character’s identity secret. But the cat may have been let out of the bag now — and with the filmmakers’ approval. So, dear reader, if you do not want to know the answer to this question just yet, do not — I repeat, do not — check out the bonus features on the new “special edition” of Raiders of the Lost Ark (1981) that came out today. Or at least not the ‘Indiana Jones: An Appreciation’ featurette.

May 15, 2008 Prince Caspian -- the review's up!
Recent Comments
3 Comments | Leave a Comment
"I have neither noticed that much. I recenty read a leadership book inspired from Cyrus ..."
Hamid Mortazavi Cyrus the Great — a Persian ..."
""AD" stands for "Anno Domini", a Latin expression meaning "In the Year of Our Lord".So ..."
Peter T Chattaway The Chosen — season one, episode ..."
"Why does it say at the start of episode 3 that it takes place 26 ..."
Desiree Chamberlain The Chosen — season one, episode ..."
"What about Hellboy, The Grudge, Ghoulies, and Anaconda?"
45th Spiderbob Group VGCP When R-rated franchises go PG-13 …
Browse Our Archives
get the latest updates from
FilmChat
and the Patheos
Entertainment
Channel
Related posts from FilmChat