Re-making movies on home video in the ’80s. 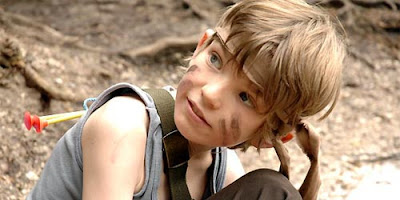 Last week I had the pleasure of going to see Son of Rambow with my priest. The movie concerns two British boys who make a home-video sequel to First Blood (1982), and since one of the boys comes from a Plymouth Brethren family and is not allowed to watch movies, and since my priest grew up in a Plymouth Brethren home, I figured I’d get his perspective on the film.

For what it’s worth, he said the film’s portrayal of the boy’s family was a very accurate depiction of a certain kind of Brethren sect that he had had some contact with, though it was not the particular sect that he himself had grown up within. The one detail he quibbled with is the scene where Will Proudfoot, the Brethren boy, tells Lee Carter, the other boy, “We’re Plymouth Brethren! it’s our religion!” Apparently the Brethren, in their desire to be as biblical as possible, use terms that are found within the Bible itself, such as “Brethren”, but do not use terms that come from outside the Bible, such as “Plymouth”. Perhaps, if Will had been aware enough of his external environment and the vocabulary that other people used to describe his religion, he might have used the term, for the sake of clarity with Lee — but Will didn’t seem quite as “aware” as all that.

My priest and I also had somewhat mixed feelings about the film’s depiction of the Brethren simply because a lot of films tend to set up all-too-easy contrasts between the restrictive, stifling nature of “religion” over here and the exciting, liberating potential of “art” over there — and Son of Rambow, on one level, certainly fits that template. But at the same time, such sects really do exist, and I know that I, for one, have had to resist the mentality that is characterized by such sects at various points in my life — so if the film’s depiction of the Brethren really is accurate, then fine, I don’t really have any interest in defending such groups. And we both appreciated the brief, subtle way the film shows Will bringing his art and his faith together in the end.

As for the film as a whole, I found parts of it more entertaining than others, and at times I found it less whimsical and more about the idea of being whimsical; I particularly wasn’t convinced by the subplot concerning the French foreign exchange student, whose pseudo-macho androgyny is regarded by all the English students, male and female alike, as the very height of cool. (But maybe that just means I’ve forgotten what it was like to be a high-schooler in the early ’80s.) And at other times, I thought the film pushed the “danger” button a little too strongly, to wring pathos out of the comedy.

But I did chuckle a fair bit throughout the movie, and the two boys who play Will and Lee are amusing and engaging in their own right. As Chris Knight rightly notes, “They are of an age when a line like ‘This has been my best day of all time’ can be uttered without a whit of irony . . . or when a heated argument between leading males can end in mutual tears.” No argument there. 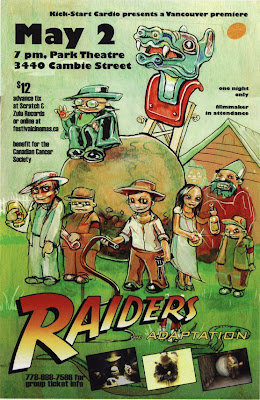 If I didn’t like the film as much as Knight did, it might be because, only five days beforehand, my wife and I caught a benefit screening of Raiders of the Lost Ark: The Adaptation (1989), a virtual shot-for-shot home-video remake of Raiders of the Lost Ark (1981) that was actually produced by teenaged boys — and at least one girl, you gotta have a girl playing Marion Ravenwood — over the course of several summer vacations around the same time that Son of Rambow is set. And as funny as the movie-within-a-movie in Son of Rambow is, absolutely nothing can compare to the real deal.

The funniest thing about The Adaptation is the fact that, well, the funniest things aren’t what you expect them to be. For obvious reasons, everyone who hears about The Adaptation wants to know how these kids pulled off such stunts as the boulder chasing Indy out of the cave, or the truck chase where Indy is thrown through the windshield and dragged both under and behind the Nazi vehicle. But boys will be boys, and boys love playing with toys, and when these sequences appeared in the film, the audience just cheered the guys on. The more amusing bits, I found, were things like the scenes in which the government agents show up to consult with Indiana Jones and Marcus Brody — i.e., the scenes in which these 12-year-olds, or whatever, had to dress up in suits and be very adult and say things like “Doctor Jones, you must understand that this is all completely confidential” or “We have top men working on it right now.” There is nothing all that unusual about children playing Superman, but playing Clark Kent? Now that’s funny! 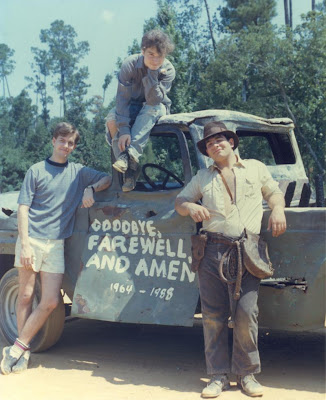 But I don’t mean to belittle the stunts at all; they are just as amusing and entertaining as anything else in this film. There were gasps of disbelief and, I think, shock throughout the theatre during the bar-fight sequence, in which these kids actually set fire to each other in their parents’ basement! During the Q&A; afterward, director-star Chris Strompolos — who is now in his mid-30s — discussed how he and his friends got in trouble with their parents, and he advised the handful of kids in the theatre not to try this themselves. (Yes, the old “Do as I say, not as I did” routine.) Suffice it to say that this scene was one of several that caused my wife to lean over and say, through her laughter, that we were not going to let our own kids see The Adaptation for a long, long, long time.

There are lots of other fun bits too, like the way Indy seems to suddenly age a year or two in the middle of the truck chase; it seems the chase was shot over the course of at least two different summer vacations. And I found myself wondering how old the girl playing Marion was by the time they filmed the scene where she takes off her bra while Rene Belloq watches in the mirror. But the best part, by far, is the way these kids used a dog to play the villainous monkey … and how all the kids continue to carry the dog on one of their shoulders, exactly the same way that the man with the eye-patch carries the monkey in the original film. 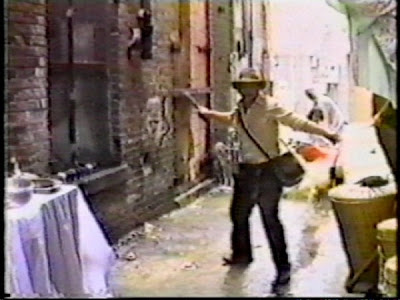 Also funny: During the brief Q&A;, a kid who couldn’t have been more than 12 — he definitely looked prepubescent — asked the director if he and his friends did anything else with their summer holidays. Or, as the director rephrased it, the kid basically asked if they all “had a life” — and the director was amused that a kid, of all people, would ask him this. I believe the short version of his answer to that question was, uh, no.

The screening was sponsored by my old colleague Jason Kurylo, who first heard about The Adaptation when it was profiled in the March 2004 edition of Vanity Fair, and I’d say it was a success all-around — easily one of my best experiences in a theatre in ages. At least two reviews have come out of that screening; you can read them here and here. And if you ever get a chance to see this film, especially on a big screen surrounded by cheering fans, by all means do. 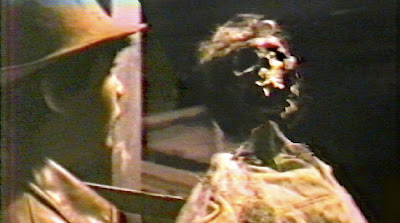 May 18, 2008 Close Encounters of the Third Kind (1977)
Recent Comments
1 Comment | Leave a Comment
""AD" stands for "Anno Domini", a Latin expression meaning "In the Year of Our Lord".So ..."
Peter T Chattaway The Chosen — season one, episode ..."
"Why does it say at the start of episode 3 that it takes place 26 ..."
Desiree Chamberlain The Chosen — season one, episode ..."
"What about Hellboy, The Grudge, Ghoulies, and Anaconda?"
45th Spiderbob Group VGCP When R-rated franchises go PG-13 …
"Not yet, but I might do something like that once Season 2 is complete."
Peter T Chattaway The Chosen — season one scripture ..."
Browse Our Archives
get the latest from
FilmChat
Sign up for our newsletter
POPULAR AT PATHEOS Entertainment
1