German comedies about Jesus and Adam? 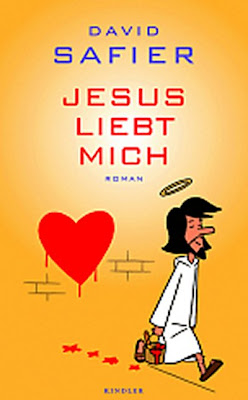 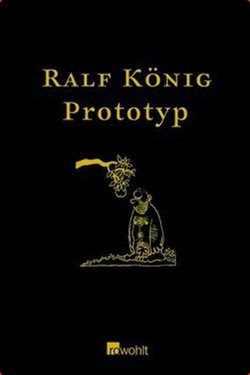 The German studio UFA Cinema seems to have a special interest in movies with a subversive take on biblical themes and characters. At the end of an article on the studio’s latest project, the Hollywood Reporter notes:

Other projects on UFA’s new slate include “Jesus Loves Me,” a romcom based on David Safier’s bestseller and “Protoyp,” a skewed take on the Garden of Eden story, adapted from the comic book by cult author Ralf Konig.

The German publisher of Jesus Loves Me, aka Jesus Liebt Mich, summarizes the book’s premise like so:

Marie has an astonishing talent for falling in love with the wrong types of guys. Shortly after her wedding is cancelled, she meets a carpenter. He’s different from all the other men she knew before — sensitive, selfless and attentive. Unfortunately, on their first date, he tells her that he is Jesus. At first Marie thinks he’s got a few bats in his belfry, but the carpenter’s story turns out to be true. He truly is the Messiah, who’s returned to earth ahead of the Day of Judgement. Marie is left asking herself not whether the world will come to an end next Tuesday, but whether she’s fallen for the wrongest sort of guy of them all.

Sounds sort of like a cross between Hal Hartley’s The Book of Life (1998) and the Gretchen Mol segment in David Wain’s The Ten (2007). A similar romantic comedy called Prodigal Son was also being developed by Universal Pictures and Imagine Entertainment a couple years ago.

As for Prototyp, Ralf König has a blurb about the comic book on his website, but it’s in German, so I can’t read it. Given his biography at Wikipedia, though, I think it’s safe to believe the Hollywood Reporter when it says that Prototyp has a “skewed” take on its biblical source material.

January 17, 2009 Newsbites: The comic-book edition!
Recent Comments
0 | Leave a Comment
""AD" stands for "Anno Domini", a Latin expression meaning "In the Year of Our Lord".So ..."
Peter T Chattaway The Chosen — season one, episode ..."
"Why does it say at the start of episode 3 that it takes place 26 ..."
Desiree Chamberlain The Chosen — season one, episode ..."
"What about Hellboy, The Grudge, Ghoulies, and Anaconda?"
45th Spiderbob Group VGCP When R-rated franchises go PG-13 …
"Not yet, but I might do something like that once Season 2 is complete."
Peter T Chattaway The Chosen — season one scripture ..."
Browse Our Archives
get the latest updates from
FilmChat
and the Patheos
Entertainment
Channel
POPULAR AT PATHEOS Entertainment
1