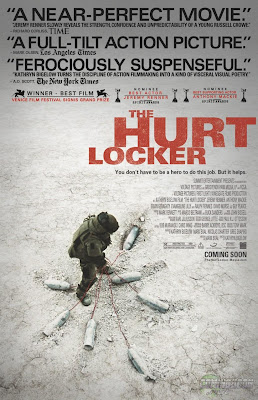 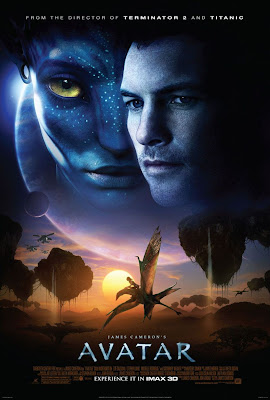 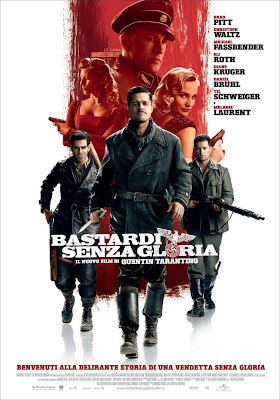 I am way, way behind on this, but the winners of this year’s Oscars will be announced tonight (i.e. Sunday night), so I might as well slip this in under the wire, as it were, while I still can.

I don’t have a whole lot to say about this year’s nominees that I haven’t already said in the current Kindlings Muse podcast or in the Academy Awards forum at the Arts & Faith discussion board (which will be hosting a live chat during the ceremony, incidentally, so feel free to join in).

But — to repeat something that I wrote in an e-mail to a couple of discussion lists over a month ago — I think Best Picture will probably go to either The Hurt Locker or Inglourious Basterds (my review).

That’s right, I don’t think Avatar‘s chances are very good. And here’s why:

First, it wasn’t nominated for its screenplay or for any of its actors, and you have to go all the way back to the earliest days of the Academy Awards — all the way back to 1932’s Grand Hotel, in fact — to find a film that won Best Picture without having nominations in either of those departments.

Second, it’s science-fiction, a genre that the Academy is not particularly fond of. In fact, it is one of only five sci-fi movies that have ever been nominated for Best Picture — along with 1971’s A Clockwork Orange, 1977’s Star Wars, 1982’s E.T. the Extra-Terrestrial and this year’s District 9 — and none of the other films have won.

Third, it has too much money. In my lifetime, pretty much all of the films that conquered the all-time box-office chart have been nominated for Best Picture, but almost none of them have won — partly, I suspect, because they were perceived as mere genre fare, whether they were sci-fi flicks like Star Wars and E.T. or horror movies like 1975’s Jaws. The one major exception to this rule is 1997’s Titanic, which had just a whiff of “historical epic” about it, enough to win the Academy’s respect at any rate.

In contrast, the one major hurdle that The Hurt Locker has to face is that it might not have made enough money to feel like Best Picture material to the Academy. The film has been scooping up awards left, right and centre over the past few months, so it would seem to have all the momentum working in its favour — but if it does win Best Picture, then it will be the lowest-grossing Best Picture winner in my lifetime, by far, and quite possibly the least-seen Best Picture winner in the history of the awards.

Of course, commercial considerations shouldn’t play any part at all when judging a movie’s artistic merit; but the Oscars are handed out by the industry, not by critics, so the film’s tepid performance at the box office is not an irrelevant factor. Hence, there are some people, such as myself, who think that Inglourious Basterds stands a chance of sneaking in there and taking the top prize when the envelopes are opened tonight.

But of course, anything is possible, even more so this year than in previous years. There are ten nominees for Best Picture, not five, and the voters are using a new “preferential voting” system that allows them to name a second, third, fourth, etc. choice if their first pick doesn’t win on the first ballot. So the winner this year will not necessarily be the film with the most passionate following, but the film that has the broadest support within the Academy. All the old rules of thumb may go out the window. Or not. We shall see.

One last thought, before I post my annual list of all the Oscar nominated films: As an animation buff, I am intrigued by the fact that only one of the five Best Animated Feature nominees this year — namely Pixar’s Up — is a completely computer-generated movie. Two of the remaining nominees are old-fashioned, hand-drawn exercises, and two are stop-motion. That’s pretty cool.

And now, without further ado, here are the films that have been nominated for this year’s Oscars, ranked from those with the most nominations to those with only one. The titles of those I have seen are in bold:

March 7, 2010 Oscar winners slipping at the box office -- 2009
Recent Comments
1 Comment | Leave a Comment
"What a strange article. Using movies as your basis to defend that Lazarus was murdered ..."
Mark Ross DeFazio The death, resurrection, and second death ..."
"Another with Ethiopian eunuch and Philip https://archive.org/details..."
Jason McKahan Watch: Philip is the original vanishing ..."
"I found Hanky Panky a pretty cool 80s movie when I first saw it on ..."
UniblabBR Sidney Poitier marathon: Hanky Panky (1982) ..."
"In 1972, yes. The movie was made in 1956 but the ratings system didn't exist ..."
Peter T Chattaway One of the reasons I do ..."
Browse Our Archives
get the latest from
FilmChat
Sign up for our newsletter
POPULAR AT PATHEOS Entertainment
1