Is the Egyptian life-of-Jesus movie a go, now? 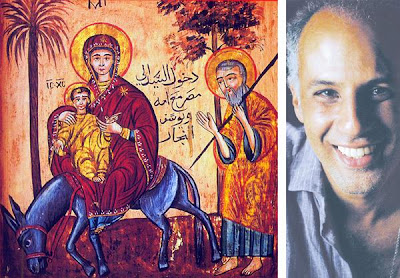 Here’s one more Jesus-movie newsbite to add to the batch that I posted earlier today.

Four years ago, as longtime readers of this blog might recall, a Coptic Orthodox Christian screenwriter and a Muslim movie producer announced that they were going to make a movie about Jesus in their native Egypt — and this proved somewhat controversial, because Jesus is considered a prophet by Muslims and certain strains of Sunni Islam forbid the depiction of the prophets. (Shi’ite Islam, on the other hand, does not forbid such things; hence entire movies have been made about Jesus and the Virgin Mary in Iran.)

That was the last I heard of that project … until today, when Matt Page linked to an article that ran in the Cairo newspaper Al-Ahram nearly two months ago. The article features an interview with Ahmed Maher, the recently appointed Muslim director of the film, and it states that the film will pay particular attention to the fact that Mary, Joseph and the young Jesus stayed in Egypt when Jesus was little more than a toddler.

Maher, who says he wants to make “a modern film about Christ”, and that he intends “to present a religious story in a secular way”, had this to say about the film’s current subtext:

“The timing is good for two reasons. First, there is the local dimension; Egypt used to be a strong state, an empire, yet it never implemented its power with extremism and never oppressed others in an imperial way, but now that we are witnessing a historical moment containing so much extremism and sectarianism we should be concerned about our future all through the third millennium. It is therefore important to present a film in which the tolerant perspective of Egypt in the first millennium is given due credit. To my mind a free society is one in which the majority practises its right to choose, but modern democracy does not deprive minorities of their rights no matter what the choice of the majority is.

“Secondly, on the international level, it seems religious extremism has spread and become more powerful nine years after 9/11, regardless of its underlying creed. Such extremism exercises a strong influence in many parts of the world, and it is important for the West to understand that Egypt, which produced Ayman El-Zawahri and Mohamed Atta, is itself the country that embraced Christ the infant when no one else would. This is the principal issue on which the film is based.”

Incidentally, this isn’t the only Arabic movie about Jesus that is currently in the works. Last year, I noted that a Lebanese film called The Resurrected was being prepped with an eye towards a release date sometime around Easter 2010 … which is now only a few weeks away. I haven’t heard anything about that movie lately either, though, so I don’t know how far they got with it. 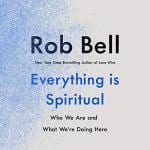 Life is an Endless Invitation: Q&A With Rob...
In Rob Bell's latest book, "Everything is Spiritual: Who We Are and...

Common Grace, 2.3
Kuyper on good and evil in the world
view all Entertainment blogs
What Are Your Thoughts?leave a comment
Copyright 2008-2020, Patheos. All rights reserved.