Klingons have appeared in all but two of the Star Trek movies released to date. The only exceptions are Star Trek II: The Wrath of Khan (1982) and J.J. Abrams’ Star Trek (2009) — though even there, in both films, we do see simulated Klingon warships during the Kobayashi Maru training program. (And there actually was going to be a scene with Klingons in the Abrams film — parts of it were even shown in the movie’s trailers — but the scene itself was deleted in the end.)

So, not surprisingly, all five of the movies scored by Jerry Goldsmith — whose work I profiled in part one of this series — gave him an opportunity to write some music for the Klingons. However, as iconic as Goldsmith’s Klingon theme is, none of the films he scored featured Klingons in a particularly prominent role: in the first one, they get a single scene and are then pretty much forgotten; in his second film, they are secondary antagonists, and less important to the story than the religious cult led by Spock’s half-brother Sybok; and in the remaining three films, the only Klingon on view is Worf, who is more or less just one of the heroes.

There are two films, however, that revolve rather significantly around Klingon characters, and the composers who worked on those films brought some interesting elements to the table. This post concerns the first of those composers, James Horner, and his score for Star Trek III: The Search for Spock (1984). 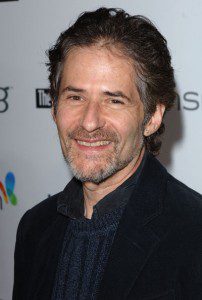 Horner is one of only three composers — along with Goldsmith and, now, Michael Giacchino — who has written multiple Star Trek film scores. And the two films that Horner scored were arguably the most consequential of them all: it is in The Wrath of Khan and The Search for Spock that Spock dies and comes back to life, and it was these films that arguably saved the franchise. What is more, while Horner’s music might not be as familiar to the average moviegoer as the themes that Goldsmith wrote, there is something about it that captured the spirit of Star Trek so well that you frequently hear it in video tributes to the franchise and the like, and some of the themes he wrote went on to be echoed by composers who worked on the later films.

The liner notes for the “expanded” Wrath of Khan soundtrack released four years ago state that the “obsessive” music near the beginning of this track, as Khan prepares to attack Kirk, was inspired partly by Sergei Prokofiev. They also note:

In contrast to the film’s heroes, the villain — Khan — receives a short motive that is more of a texture than a theme. “Khan didn’t have a long theme,” Horner explains. “Khan had a high, sort of warlike thing that I did in the French horns. And it’s very short and it’s accompanied with this sort of percussion figure.” The contrast between long-lined melody for the heroes and short textures for the villain — and trumpets for Kirk (as if heralding royalty) and French horns for Khan (as if sounding a pagan war cry) — let Horner differentiate the characters and their ships during the lengthy battle sequences, where extended melodies for both sides might have overwhelmed the viewer.

Two years later, Horner made similar use of the horns for his Klingon theme in The Search for Spock. The first three minutes of the track below is a slightly truncated version of the music that introduced them, in a scene where the Klingon captain Kruge receives a transmission from his lover Valkris and then destroys her ship — with her implicit consent — because she has seen the transmission’s contents:

The liner notes for the “expanded” soundtrack released a few years ago have this to say about Horner’s music — and how, while it doesn’t use any of Goldsmith’s themes, it does base some of its instrumentation on the music that Goldsmith wrote:

For the Klingons, Horner created a distinctive, snarling, neighbor-note theme whose archaic harmonic color derives from the fact that it outlines a descending whole-tone scale. The theme often appears on various combinations of oboes, clarinets, bassoons and brass to lend it a primitive quality, with guttural backing from Alpine and Tibetan horns. The six percussionists play an assortment of rare instruments, many of them collected from all over the world by Emil Richards and featured on numerous Hollywood film scores of the last several decades. Bamboo ang-klungs, rhythm logs (played by bouncing SuperBalls on the wood) and boobams had been used for the Klingons in Jerry Goldsmith’s Star Trek: The Motion Picture score, to which Horner added anvil, cluster chimes, tam-tams, thunder sheet, timbales and conventional percussion (bass drum and timpani). The composer thus maintained continuity within the Star Trek universe and expanded the sonic palette for the series’ most important villains.

Note how Horner’s Klingon theme is described here as having a “primitive” quality, just as Goldsmith said his theme was meant to convey how “primitive” and “barbaric” the Klingons are. The liner notes also state that the “strange moaning sound” heard at 1:27 and 1:34 in the track above “is that of a Tibetan horn.” So, arguably, the tendency to associate “bad guys” with exotic instrumentation continues in Horner’s music just as it did in Goldsmith’s. (And The Search for Spock is, indeed, the only Star Trek film in which every single Klingon character is clearly a villain or an enemy.)

There are a couple of interesting wrinkles this time, though. For one thing, “exotic” music is also used for the closing scenes, when the heroes go to Spock’s home planet of Vulcan so that his soul can be transferred back into his body. In look and sound, the entire sequence seems designed to evoke Western ideas about Asian spirituality:

Also, as the liner notes also note, some of the music used to characterize the Klingons is also used to underscore the fact that Kirk and his friends are bucking the rules by going against Starfleet and stealing the Enterprise, etc.:

One unorthodox instrument that colors the score as a whole is the Hungarian cimbalom — a hammered dulcimer whose metallic “banging” can be heard behind the Klingons along with the more prominent anvil. The cimbalom also features in action sequences centered on Kirk and his crew, including “Stealing the Enterprise” and “Genesis Destroyed” — a brilliant stroke on Horner’s part in that it adds a heroic pace and propulsion to the cues, while simultaneously indicating that the characters have “gone rogue.” (In Star Trek II, the same themes were driven by conventional percussion like snare and field drums, whose military associations suggested the influence of Starfleet.)

You can hear the “conventional percussion” in the Kirk portions of the Wrath of Khan track I posted above. And you can hear the cimbalom in ‘Stealing the Enterprise’ — which happens to be one of my favorite bits of soundtrack music ever — below:

So the Tibetan horns and other “exotic” instruments used to signify the Klingons’ negative otherness are also used to signify the Vulcans’ positive otherness, while the cimbalon that clangs away behind the Klingon attack sequences also lends a slightly destabilizing sensibility to Kirk’s “rogue” heroics. The Search for Spock might be the most consistently negative of all Star Trek films in its portrayal of the Klingons, but on a musical level, it actually hints at certain commonalities between us and them.

There is one other film that dealt significantly with the Klingons on both the plot and musical levels. That film is Star Trek VI: The Undiscovered Country (1991), and I’ll say more about that film and its composer, Cliff Eidelman, in another post.

P.S.: It occurs to me that I have posted only one actual track of Klingon-themed music from The Search for Spock. So here’s another, from the scene in which the Klingon bird-of-prey decloaks and has its brief battle with Kirk’s Enterprise:

June 22, 2015 update: I have updated the music links and tweaked a few sentences for clarity. Sadly, Horner passed away today in a plane crash. Memory eternal.

May 7, 2013
Music for Klingons, part one: Jerry Goldsmith
Next Post