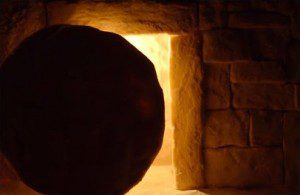 You can’t make a hit film or TV show without inspiring legions of imitators, so it’s no surprise that, when The Bible racked up some record TV ratings earlier this year, a gaggle of filmmakers announced that they were going to make biblical movies of their own.

In one blog post back then, I noted that various producers were developing no less than four separate movies that will deal specifically with the 40 days between the Resurrection of Jesus and his Ascension into heaven — and that’s not counting the big-screen version of The Bible itself (which comes out next year and will reportedly emphasize the Resurrection as well).

Now a sixth film has entered the fray — and it may be a project that was first put in motion during the previous Bible-movie development craze, which followed yet another hugely successful Bible film, i.e. The Passion of the Christ (2004).

The most recent draft of the Resurrection screenplay was written by Reynolds and Karen Janszen, the latter of whom counts such faith- and family-friendly films as A Walk to Remember (2002) and Dolphin Tale (2011) among her credits.

But what’s interesting about this story is that the first draft of the Resurrection screenplay was written by someone named Paul Aiello, whose name came up six years ago as the screenwriter behind Risen: The Story of the First Easter.

That film was going to be produced by Hyde Park Entertainment, and it was going to focus on the apostle Peter as it covered the 50 days between the Resurrection and Pentecost. But the Hollywood Reporter says this film will focus on an agnostic Roman centurion who is told by Pilate to find the missing body of Jesus during the 40 days between the Resurrection and the Ascension.

Did the old film morph into the new one, or are these two completely separate projects? I’m guessing the former, given that Aiello’s brother Patrick was an executive at Hyde Park back then and is now listed as one of the producers on the new film. I’m guessing he took the project with him when he left his former job.

In any case, LD Entertainment is apparently describing Resurrection as an “all-ages movie” that is also “Gladiator in tone”, which sounds like a contradiction in terms, given all the gritty R-rated violence in Gladiator, but anyhoo.

The plot, as described here, is also somewhat reminiscent of The Inquiry (1986), in which the emperor Tiberius sends someone to investigate the events surrounding the death of Jesus; that film was remade as The Final Inquiry (2006), and the remake even brought back The Passion of the Christ’s Hristo Shopov as Pontius Pilate.

The Hollywood Reporter also says that Resurrection will show Pilate ordering his centurion to find the missing body of Jesus “in order to subdue an imminent uprising in Jerusalem,” which makes me wonder who, exactly, would be behind the uprising. The Christians pretty much kept out of the public eye between the crucifixion of Jesus and the first Pentecost, so who else could Pilate have been worried about?

We may not have to wait too long to find out: Variety says the studio is thinking of finishing the film in time for Easter 2015, which is only a year and a half away.

October 4, 2013Gravity and prayers for those who travel by space
Recent Comments
1 Comment | Leave a Comment
"I have neither noticed that much. I recenty read a leadership book inspired from Cyrus ..."
Hamid Mortazavi Cyrus the Great — a Persian ..."
""AD" stands for "Anno Domini", a Latin expression meaning "In the Year of Our Lord".So ..."
Peter T Chattaway The Chosen — season one, episode ..."
"Why does it say at the start of episode 3 that it takes place 26 ..."
Desiree Chamberlain The Chosen — season one, episode ..."
"What about Hellboy, The Grudge, Ghoulies, and Anaconda?"
45th Spiderbob Group VGCP When R-rated franchises go PG-13 …
Browse Our Archives
get the latest updates from
FilmChat
and the Patheos
Entertainment
Channel
POPULAR AT PATHEOS Entertainment
1