Multiple movies about the Resurrection still in development 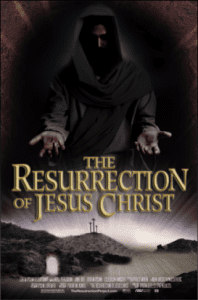 Easter is on a lot of people’s minds right now — the Western churches celebrate it at the end of this month, while the Eastern churches, which are starting Lent next Monday, will celebrate Pascha, as we call it, on May 5 — so it’s not too surprising that the Hollywood Reporter posted a story last Friday noting that there at least four movies about the Resurrection of Jesus in the works. Two of them, however, have been in the works for so long that I actually blogged them years ago, and it’s open to question whether any of them will ever get made.

Take, for instance, The Resurrection, a project spearheaded by Left Behind co-author Tim LaHaye and written by Lionel Chetwynd, whose credits include Joseph (1995) and Moses (1995), two of the better movies in ‘The Bible Collection’.

I first mentioned LaHaye’s film in a blog post back in June 2006, when it was going to be produced by Sony’s Screen Gems division. Plans soon changed, however; the Reporter says the movie was scrapped when one of Sony’s executives was ousted in 2006, not too long after the film was first announced. LaHaye’s grandson Randy LaHaye is now trying to raise $20 million to shoot the film himself; he hopes to film it in Israel next year and finish it in time for Easter 2015.

Screenwriter Chetwynd, for his part, told the conservative website Big Hollywood last Friday that his script “deals with the narrow question of what happened during the 40 days from Resurrection to Ascension that inspired [the apostles] to undertake the ministry. . . . It was not the miracle of Resurrection itself that moved the Apostles, it was the evidence it provided. What transpired between Christ and his Chosen? It wasn’t necessarily a reiteration of the message; there was more than what they already knew.”

Then there is The Resurrection of the Christ, which I first blogged back in October 2008. The producer behind this film is Bill McKay, whose credits include the Billy Graham biopic Billy: The Early Years (2008), and the film will be directed by Jonas McCord — whose credits, oddly enough, include The Body (2001), which starred Antonio Banderas as a priest who learns that an archaeologist may have discovered the bones of Jesus and thus disproved the Resurrection.

Five years ago, McKay said he had been brought onto the project by Sony, which made me wonder if he had been involved in LaHaye’s film at any point. Then, three years ago, the project was affiliated with Samuel Goldwyn, a secular distributor that has had some success with faith-based films.

The Reporter does not say whether a distributor is still attached to the film, but it does say that the producers are thinking of renaming it Golgotha and that they envision it as the first part of a trilogy that will be told “from the perspective of the Romans,” according to McKay. For its part, the production company’s website describes the film as a “political thriller” that “tells the story of Christ principally through the eyes of Pilate and his wife Claudia, and additionally through a few key players, namely the High Priest Caiaphas, Judas and King Herod.”

The other two films mentioned by the Reporter are new to me, but one of them has a curious pedigree.

The Resurrection of Jesus Christ is being developed by someone named David Wood, and it has a website here. The funny thing is, this website used to belong to Tim LaHaye’s movie; you can see an older version of that website, “captured” by the Internet Archive when it still belonged to the LaHayes, here.

Did the LaHayes let their ownership of the domain name lapse, thus allowing Wood to snap it up for his own project? I suspect not. The old website links to an “About Us” page that talks about the LaHayes and their film, and that “About Us” page is still there on the new website — but there are no links to that page from the new website’s home page. This leads me to think that Wood had some sort of connection to the LaHayes at one point and then they parted ways, at which point Wood redesigned the website without fully purging it of references to the LaHayes.

In any case, Wood says in a video on the new website that his film will focus on the 40 days between the Resurrection and the Ascension — just like LaHaye’s film — and he also told the Reporter that his film will “rely more on special effects” than the other Resurrection movies. “We’ll even show heaven and hell and see what’s going on there.”

Finally, there is The Messiah, which is being developed by an organization called In Jesus’ Name Productions. I don’t recall ever blogging this film before, but the film’s website says it will cover “the events surrounding Jesus’ death, resurrection and Pentecost”. So this film will cover at least 50 days, then.

One film the Reporter article doesn’t mention is Risen: The Story of the First Easter, which was being developed at one point by Hyde Park Entertainment. That film, which I blogged back in March 2007, was also going to focus on the 50 days between the Resurrection and Pentecost, but I haven’t heard a peep about it in years, so I’m going to assume it’s languishing in development hell. No pun intended.

March 14, 2013 Spielberg out, Ang Lee in, for life-of-Moses movie?
Recent Comments
0 | Leave a Comment
Browse Our Archives
get the latest from
FilmChat
Sign up for our newsletter
POPULAR AT PATHEOS Entertainment
1