Quick updates on two of next year’s big Bible movies 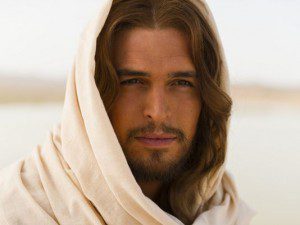 Son of God, the big-screen movie spun off from this year’s hit mini-series The Bible, finally has a release date: February 28, 2014.

Not coincidentally, one assumes, that’s just a few days before Lent: in the Eastern churches next year, Lent begins on Monday March 3, while in the Western churches it begins on Ash Wednesday or March 5.

A press release announcing the release date confirms that the film will feature “never-before-seen footage” and that it will cover the life of Jesus “from his humble birth through his teachings, crucifixion and ultimate resurrection.”

The release date is also precisely one month before the release date of Darren Aronofsky’s Noah. And while the studio has yet to release any footage from that film, it seems that there has already been at least one test screening of it.

Back on August 30, someone calling himself “SamoanBob” started a thread on the CHUD community board in which he claimed that he had seen a rough cut of Noah with unfinished special effects, and while he admits that he’s not a big Aronofsky fan, he says the film is at least somewhat entertaining. Then again, he also says that people looking for Aronofsky’s signature R-rated “weirdness” might be disappointed by how closely the film hews to the conventions of PG-13 fantasy epics.

Most of the narrative details he describes match the screenplay I read a few months ago, though he does mention one thing that is new to me, namely that Lamech, the father of Noah, appears in an early scene. In the chronology found in most modern Bibles, Lamech dies about five years before the Flood, and it sounds like Aronofsky’s film might adhere to the biblical timeline as far as that is concerned.

SamoanBob also describes the Watchers, or the fallen angels who are sometimes confused with the Nephilim, as “multiple-armed rock creatures” who are like “a mix of that rock guy in Return to Oz and the tree guys in Lord of the Rings.”

But of course, the finished effects might be somewhat different — and any scenes featuring Lamech or any other minor character could very easily end up on the cutting room floor (or the digital equivalent) before the film comes out next year. So, as ever, we’ll just have to wait until the film is finished to see how it all turns out.

Update: Thanks to Mark Pedro for pointing out that the release date for Son of God also happens to be just three days after the 10th anniversary of the release of The Passion of the Christ (2004). Has it been ten years already? Apparently so.

Upperdate: Mere hours after I posted this, The Hollywood Reporter posted a story claiming that Aronofsky and the studio are “sparring” over the final cut of Noah due to the “troubling reactions” the film has received at test screenings. Details here.

October 12, 2013
Jay Robinson: from Caligula to Watergate and outer space
Next Post

October 15, 2013 Aronofsky, studio reportedly spar over final cut of Noah
Recent Comments
0 | Leave a Comment
"What about Hellboy, The Grudge, Ghoulies, and Anaconda?"
45th Spiderbob Group VGCP When R-rated franchises go PG-13 …
"Not yet, but I might do something like that once Season 2 is complete."
Peter T Chattaway The Chosen — season one scripture ..."
"Is there a PDF or printable version of this extensive list? I would love to ..."
Liza The Chosen — season one scripture ..."
"What a strange article. Using movies as your basis to defend that Lazarus was murdered ..."
Mark Ross DeFazio The death, resurrection, and second death ..."
Browse Our Archives
get the latest from
FilmChat
Sign up for our newsletter
POPULAR AT PATHEOS Entertainment
1