The Noah trailers (yes, more than one!) are now online! 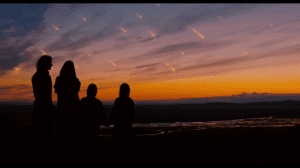 Paramount may have spent the past few months showing a quasi-secret trailer for Darren Aronofsky’s Noah to church conferences and the like, but until this week they had never released any footage from the film to the general public. That changed today, with the release of at least two official trailers, one designed for North American audiences and another designed for international audiences. I’ll post a more detailed analysis when I get a chance, but for now, you can watch both trailers below the jump. (And may I say, the shots of water shooting out of the ground — as per the verse that describes how “all the springs of the great deep burst forth” — ought to give the Red Sea parting in Ridley Scott’s Exodus a run for its money.)

Here is the North American trailer:

And here is the international trailer:

November 13, 2013
The first officially released footage from Noah is here!
Next Post

November 14, 2013 The Noah trailers: a shot-by-shot analysis
Recent Comments
2 Comments | Leave a Comment
"In 1972, yes. The movie was made in 1956 but the ratings system didn't exist ..."
Peter T Chattaway One of the reasons I do ..."
"And to think... this movie was rated G? It was."
Bishop One of the reasons I do ..."
"John 7:5 states explicitly that the brothers of Jesus did not believe in him, at ..."
Peter T Chattaway The Chosen starts shooting its second ..."
"Thanks. There is a whole other anecdote in between those two verses. Other relatives, sure, ..."
tmirus The Chosen starts shooting its second ..."
Browse Our Archives
get the latest from
FilmChat
Sign up for our newsletter
POPULAR AT PATHEOS Entertainment
1