The first officially released footage from Noah is here! 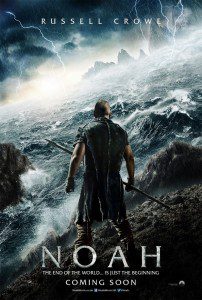 We live in an age when studios don’t just release teasers and trailers for their movies, they also release sneak previews of the teasers and trailers themselves. And so it came to pass that, today, the Entertainment Tonight website released an 18-second clip from the trailer for Darren Aronofsky’s Noah, the full version of which will apparently premiere on the show tomorrow.

The puzzling thing is, the website might have un-released the preview, too. Their search engine says it should be viewable here, but every time I try to go to that URL, I get redirected to their home page and there is a “page not found” message in the new URL.

However, the embed code that various other sites are using still seems to work, so you can watch the preview for yourself below the jump (warning: you may or may not first have to watch an ad that may or may not be longer than the preview itself).

Most of the footage here was already included in the trailer that has been playing at church conferences for the past few months (a pirated version of which is still viewable at Gawker, over three weeks after it went online). However, there are a few new bits in the preview released today, including a shot of the entire planet covered in storms and hurricanes, which suggests that this film will view the ancient story through a modern cosmology just as this year’s mini-series The Bible did.

Here is the shot-from-space in the Noah trailer: 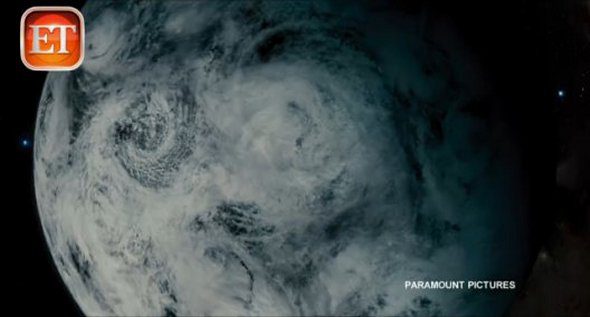 And here is one of the shots-from-space in The Bible: 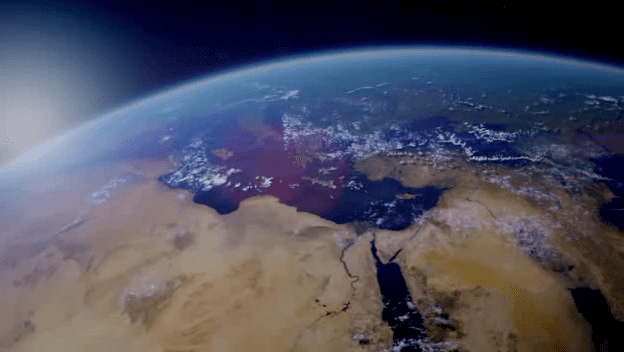 Update: Well that was fast. Within seconds of writing this, the embed code stopped working, too. However, the footage has already been re-posted to YouTube:

Even better, The Film Stage has found two ultra-brief clips from the film (how ultra-brief? like, only six or seven seconds per clip) that include a few new bits, including a line of dialogue from Noah’s worried daughter-in-law Ila (Emma Watson) — “The choice is in your hands, Noah” — that hints at the “dark, complicated” nature of the character that the studio has been hiding for the most part so far:

November 14, 2013 The Noah trailers (yes, more than one!) are now online!
Recent Comments
0 | Leave a Comment
"I certainly hope to! Just haven't had the time to do Season 2 yet."
Peter T Chattaway The Chosen — season one scripture ..."
"Hi Peter.Thanks for this extensive list. Will you be doing the same for all seasons? ..."
Meelperd The Chosen — season one scripture ..."
"I have neither noticed that much. I recenty read a leadership book inspired from Cyrus ..."
Hamid Mortazavi Cyrus the Great — a Persian ..."
""AD" stands for "Anno Domini", a Latin expression meaning "In the Year of Our Lord".So ..."
Peter T Chattaway The Chosen — season one, episode ..."
Browse Our Archives
get the latest updates from
FilmChat
and the Patheos
Entertainment
Channel
POPULAR AT PATHEOS Entertainment
1