Son of God — coming to Blu-Ray on June 3 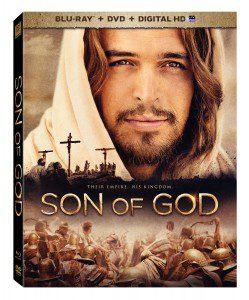 Now that Easter has come and gone, it’s time for Son of God to look beyond its theatrical release — and sure enough, yesterday came word that the Blu-Ray and DVD release is set for June 3. According to High-Def Digest, the bonus features will include: “Son of God: Reborn; Making of Video (includes Spanish version); Son of God Set; and Compassion Video.” Curiously, this movie, which consists of about four episodes’ worth of the ten-episode mini-series The Bible, is currently selling at Amazon for $35.99 (a slight reduction from the official retail price of $39.99), whereas The Bible itself is selling in its entirety for $29.99 (less than half the official retail price of $69.99).

April 26, 2014 Another TV show on the "lost years" of Jesus in the works
Recent Comments
0 | Leave a Comment
Browse Our Archives
get the latest from
FilmChat
Sign up for our newsletter
Related posts from FilmChat