Here we go! The new Left Behind reboot has a teaser, which you can watch to the right. I’ll say this much: it looks more like a “real” movie than the original film that came out 14 years ago. You can watch the teaser for that film — which makes it look every bit like the straight-to-video production that it was — and see a new poster for the reboot below the jump.

Here is the teaser for the original film (one thing it has in common with the reboot teaser: close-ups of empty clothes on airplane seats):

Some instantly notable differences: The original film dwells at length on the Antichrist and his “global conspiracy”, but there’s none of that in the reboot, which will apparently stick much closer to the human drama of Rayford Steele and his family. Also, the star of the reboot — the one who gets top billing — is the actor playing Steele, and not the actor playing Buck Williams. It also looks like the reboot might be more topical, by putting a Muslim passenger on the plane (who, presumably, will be accused of engineering the disappearance of the passengers somehow). And the reboot teaser also shows Steele’s daughter asking how God could have done this (she probably means the disappearance of her mother and brother, but in the context of this teaser she might just as well be talking about all the mayhem unleashed by the Rapture), which is a question the teaser for the original film never thinks to raise.

Oh, and the acting in the reboot (or at least its teaser) is much, much better.

Finally, here is the new poster: 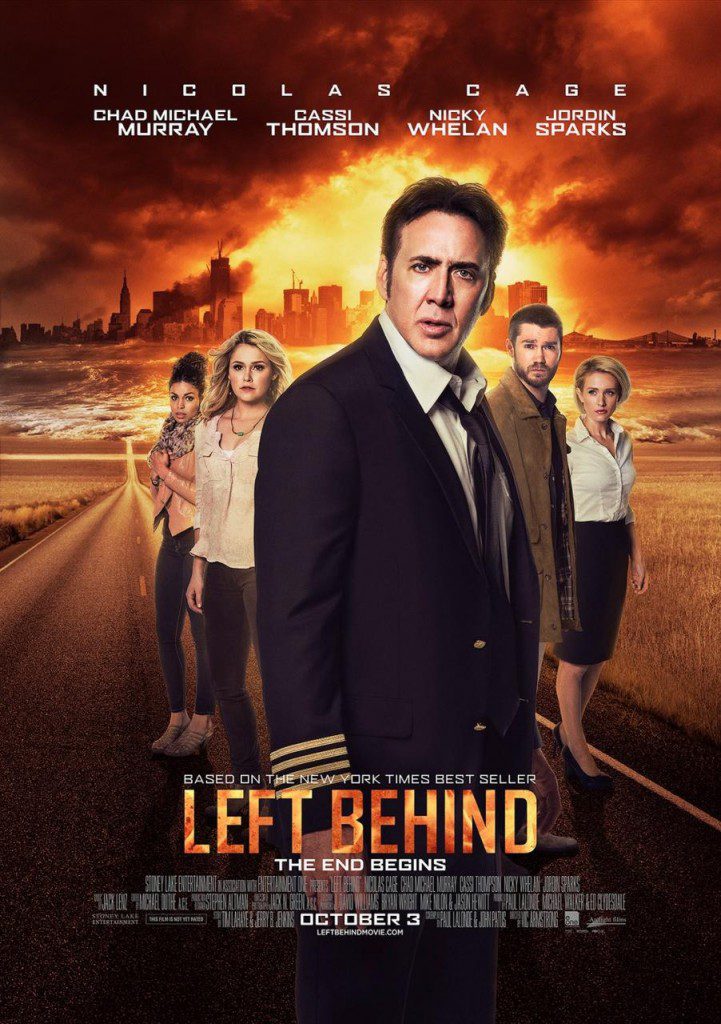 May 29, 2014
Terminator update: new set photos, and a casting update
Next Post

June 2, 2014 Box-office update: Angelina Jolie, X-Men set new records, while God's Not Dead passes Son of God in N America
Recent Comments
2 Comments | Leave a Comment
Browse Our Archives
get the latest from
FilmChat
Sign up for our newsletter
POPULAR AT PATHEOS Entertainment
1