“We start with the message and build the story around it.” 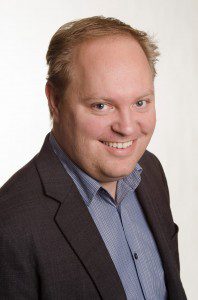 In the past, I have sometimes said that, at the risk of oversimplification, there are three basic kinds of film: entertainment, propaganda, and art. Entertainment serves the selfish desires of the audience, and propaganda serves the selfish desires of the artist, but art, ideally, draws the artist and the audience out of themselves and into something other.

That may not be the best way of putting it — “selfish”, in particular, sounds a bit harsh — but I’ve never quite figured out a better but equally pithy way of phrasing it. In any case, the point here is that art, in its ideal form, is what happens when a filmmaker is intrigued by something and explores it, tries to see where it goes, and takes the audience along for the ride.

Most films are a mix of these things, of course, but some tilt in one direction more than the others. And sometimes, as we have seen with certain recent Christian films, audiences are actually entertained by propaganda; they want someone to preach at them, telling them what they already believe. And so the selfish desires of artist and audience alike are served by those films, and both sides are left unchallenged, which is the exact opposite of what art does within the definition above.

This all comes to mind now because I just read an article in Variety about a keynote presentation given by Michael Scott, one of the producers of God’s Not Dead, at the Purpose: Family Entertainment + Faith-Based Summit in Los Angeles two weeks ago. (That’s him in the picture above.) This bit in particular caught my eye:

“Message,” not the story, proffered Scott, has to come first if a faith-based film is to curry favor within its fanbase.

“The engine that drives the train is the message,” he said. “We start with the message and build the story around it. (The) Trickiest part is how to you bring the story and message together. We’ve seen so many films with great stories but they miss their mark. You will have a success if you can wrap (the message) up in a great story. When the message and entertainment come together seamlessly, that’s when it really works.”

I would be curious to know what Scott has in mind when he refers to “great stories” that “missed their mark.” Is he seriously suggesting that any film which doesn’t have a message is somehow unsatisfying to him, no matter how excellent it might be in all other respects? Would Lawrence of Arabia somehow be lacking something simply because it has an enigmatic protagonist and there’s no clear moral to the story? Or is Scott referring only to films that were aimed at the “faith-based” market? (Is he thinking, perhaps, of his own studio’s Moms’ Night Out, which was criticized by some Christians for not having a more overtly Christian message?)

Honestly, you couldn’t find a more perfect summation of the stereotypical evangelical mindset when it comes to this sort of thing. And the sad thing is, the 60 million bucks that God’s Not Dead grossed in North America — making it by far the top-grossing independent religious film ever — will only guarantee that more badly-written, ham-fisted propagandistic movies like that get made. (Indeed, Scott promises that there will be a full-fledged sequel to that film. Gadzooks.)

Variety, which co-sponsored the Summit, covered a few other events there too, including a panel discussion between TV executives and a Q&A with T.D. Jakes.

Oh, and note how the summit linked “family entertainment” and “faith-based” entertainment as though they were the same thing. This is another longstanding gripe of mine. Not all family films are faith-based, obviously, and not all faith-based films are suitable for the whole family — or at any rate, there’s no reason why they should be. Jakes himself, as the producer of the R-rated Woman Thou Art Loosed, could speak to that, for starters.