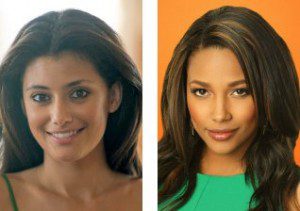 While controversy continues to swirl around Exodus: Gods and Kings — with various Twitter users arguing that the Pharaohs and their relatives should have been played by black actors rather than actors of European and Palestinian descent — the casting directors on the Spike TV series Tut continue to go a somewhat different route. Having already cast Avan Jogia and Ben Kingsley — both of whom are half-Indian — as the Pharaoh Tutankhamun and his grand vizier, the producers have now cast Sibylla Deen, an Australian who is half-English and half-Pakistani, as Tutankhamun’s sister (and wife) Anke. Deadline also reports that Kylie Bunbury, daughter of the Guyanese-Canadian soccer star Alex Bunbury and his Polish-Swedish-American wife Kristi Novak, is playing someone named Suhad.