The next Pharaoh… will come from Vancouver 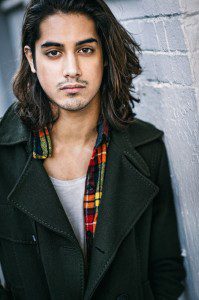 We have a King Tut! The Hollywood Reporter says Avan Jogia, a 22-year-old born in my native Vancouver, has been cast as the Pharaoh Tutankhamun, who died when he was about 18, in the Spike TV miniseries Tut. He joins the previously announced Ben Kingsley, who will play Tutankhamun’s grand vizier. Interestingly, both of these actors are half-British and half-Indian — and Reece Ritchie, who played the Pharaoh in the recently cancelled Hieroglyph, is a half-English, half-South African actor who has often played Indian characters himself, in films and TV shows like The Lovely Bones, All in Good Time and White Heat. Apparently the casting agents on these shows want to move away from the Caucasian casting that has proved so controversial on films like Exodus: Gods and Kings (coming December 12) and Gods of Egypt (coming in 2016), but they also aren’t inclined to follow the Afrocentrist line which holds that just because Egypt is on the African continent, it therefore follows that the ancient Egyptians must have been just as dark-skinned as the Nubians or Ethiopians, etc. The solution, it seems, has been to cast actors who fall somewhere between the two extremes, pigmentation-wise.

August 4, 2014
Noah gets an infographic and an Ark-building app
Next Post

August 6, 2014 Yet another movie about the Maccabees in development?
Recent Comments
0 | Leave a Comment
Browse Our Archives
Follow Us!