Tom Hiddleston to star in the upcoming remake of Ben-Hur? 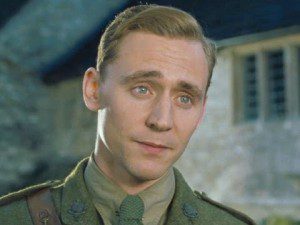 Deadline reports that Paramount and MGM are “courting” Tom Hiddleston to play the title role in their upcoming remake of Ben-Hur. Hiddleston, who is best-known for playing the villainous Norse god Loki in The Avengers and the two Thor movies, has demonstrated his range in a number of smaller films, including Steven Spielberg’s War Horse (which I’m only mentioning here because his role as a cavalry officer might be as close as he’s gotten so far to driving a chariot), so it could be good to see him play the hero in a potential blockbuster such as this. The film currently has a release date of February 26, 2016 and is set to be directed by Timur Bekmambetov from a script by Keith R. Clarke and John Ridley.

August 12, 2014
Noah: new posters for the home video release make creative use of quotes and images from the film
Next Post

August 15, 2014Exodus: Gods and Kings: new photos, some hints about Ramses' mother, and the international release dates
Recent Comments
1 Comment | Leave a Comment
Browse Our Archives
get the latest from
FilmChat
Sign up for our newsletter
Related posts from FilmChat