VIFF capsule reviews part one: Foxcatcher, Force Majeure and In Order of Disappearance 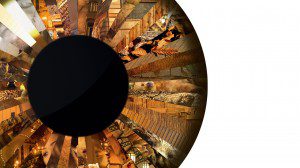 This year marks the 20th anniversary of my first attending the Vancouver International Film Festival. The first film I saw back then was Atom Egoyan’s Exotica — I attended a press screening so that I could interview Egoyan himself for one of the UBC student newspapers a few days later — and if memory serves, I marked my 24th birthday by attending a festival screening of Bullets over Broadway, which turned out to be the last Woody Allen film I truly enjoyed (not counting the animated film Antz, which he did not direct).

The festival itself is now in its 33rd year, and it kicked things off two nights ago with a screening of Jean-Marc Vallée’s Wild starring Reese Witherspoon. I was unable to see almost anything that day because of family commitments, but I plan to spend some time here over the next two weeks, and to write some brief capsule reviews. The first ones are below, along with their upcoming showtimes. 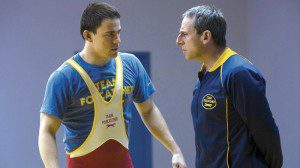 A lot of impeccable talent is kept at arm’s length from the viewer in Foxcatcher, the latest bit of true-story Oscar bait directed by Bennett Miller (Capote, Moneyball). The film revolves around two men, neither of whom let us into their heads very much: Mark Schultz (Channing Tatum) is a wrestler and an Olympic gold medalist who bottles up his frustrations, except when he slaps his face really hard or bangs his head into a mirror, while John Du Pont (Steve Carell, sporting a fake nose) is Mark’s wealthy patron, whose reasons for hiring him are never entirely clear, partly because Du Pont is such an odd, inscrutable person. A loner who learned at the age of 16 that his only “friend” had been paid to hang out with him, Du Pont is something of an alien, standing at the edge of the room, watching humans interact, and occasionally spouting formulaic blather about patriotism and how he’s giving America hope by sponsoring the wrestling team. The heir to a family that made its fortune in munitions, Du Pont is used to getting what he wants — in one scene, he refuses to accept a tank that the military has sent his way because it didn’t come with the machine gun he expected — and sometimes his eccentricities hint at dangers to come. But for the most part, we see him from the outside. And the characters who see him? We see them from the outside, too. The one person the audience could have identified with is Mark’s brother Dave (an almost unrecognizable Mark Ruffalo), a seemingly well-adjusted family man who resists joining Du Pont’s team at first but eventually gives in. But we see much less of him than we do of the other main characters, and the film crucially does not give us any sense of why Dave ultimately gave in to Du Pont’s overtures. The result is a well-made film that is emotionally distant, even as you can sense why a guy like Mark might fall for Du Pont’s overtures and feel betrayed by them at the same time. 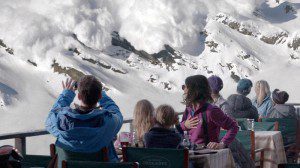 You never know what you’ll do in a crisis until the crisis hits, and then you have to live with what you’ve learned about yourself — and, perhaps worse, you have to live with what others have learned about you. Force Majeure takes place at a ski resort in the Alps, where a vacationing Swedish family has a close encounter with an avalanche, and the mother (Lisa Loven Kongsli) is less than impressed with the fact that the father (Johannes Kuhnke) got up and bolted without taking his wife or his kids. (He did take his iPhone, however.) What’s worse, he won’t even admit that he did that. Is it a faulty memory, or is he lying to save face? Either way, this random incident leads to some awkward conversations, not just between the married couple and their children (who fear that their parents might be splitting up), but between friends of theirs who witness the arguments and begin to wonder how they would have reacted in similar circumstances. Writer-director Ruben Östlund touches on a lot of interesting issues, from the (perceived) natures of men and women to the nature of family attachments, and while his film does have its over-the-top moments and abrupt shifts in tone, he also finds subtle dramatic power in gestures as simple as who closes the toilet seat. The images are also suitably mysterious and impressive, from the lights that move above the ski resort in one nighttime shot to the silhouette that is barely glimpsed through the fog after the avalanche hits; it turns out to be a guy carrying large bags of some sort over both of his shoulders, but I swear they looked like angel wings at first. I could say a thing or two about the final sequence, too, but that would take us into spoiler territory. 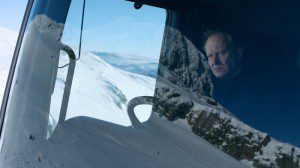 More snow, more Swedes, even more of the shaggy-bearded red-haired actor Kristofer Hivju. (He plays one of the father’s best friends in Force Majeure and a minor member of the Norwegian drug cartel in this film.) I didn’t plan to see two films with that much in common back-to-back, but that’s just how it worked out. Alas, while Force Majeure is a thoughtful and engaging drama, In Order of Disappearance — which stars Stellan Skarsgård as a father seeking revenge for the death of his son — is more of a tongue-in-cheek potboiler, and while the VIFF program compares this film to the Coen brothers’ Fargo, I didn’t get the same sense of moral dread from this film that I do from that one (or from the Coens’ work in general). The film has its amusing touches — such as title cards that proclaim the death of each character as it happens, or the fact that the leader of the Norwegian drug gang is a vegan who gets around in an electric car and insists his son’s lunch have five kinds of organic fruit and vegetables — and there’s an interesting subtext about the Norwegian attitude towards immigrants, which I was just reading about the other day (Skarsgård’s character comes from Sweden and is pointedly praised for being the “right kind” of immigrant, while one of the drug gangs — led by Bruno Ganz! — comes from Serbia). But as I sat there in the theatre, I couldn’t escape the nagging feeling that there are a lot of films at this year’s festival, and I could have been watching something more substantial.

September 29, 2014 From The Song to the Left Behind reboot: are Christian films becoming more comfortable with sexuality?
Recent Comments
0 | Leave a Comment
""AD" stands for "Anno Domini", a Latin expression meaning "In the Year of Our Lord".So ..."
Peter T Chattaway The Chosen — season one, episode ..."
"Why does it say at the start of episode 3 that it takes place 26 ..."
Desiree Chamberlain The Chosen — season one, episode ..."
"What about Hellboy, The Grudge, Ghoulies, and Anaconda?"
45th Spiderbob Group VGCP When R-rated franchises go PG-13 …
"Not yet, but I might do something like that once Season 2 is complete."
Peter T Chattaway The Chosen — season one scripture ..."
Browse Our Archives
get the latest from
FilmChat
Sign up for our newsletter
POPULAR AT PATHEOS Entertainment
1